When deciding what videogame console to purchase, whose endorsement is better than a blind man’s? “My friends tell me the graphics are the best. I don’t know what that means, but I know with the Atari 2600 they must be uptight and outta sight!” 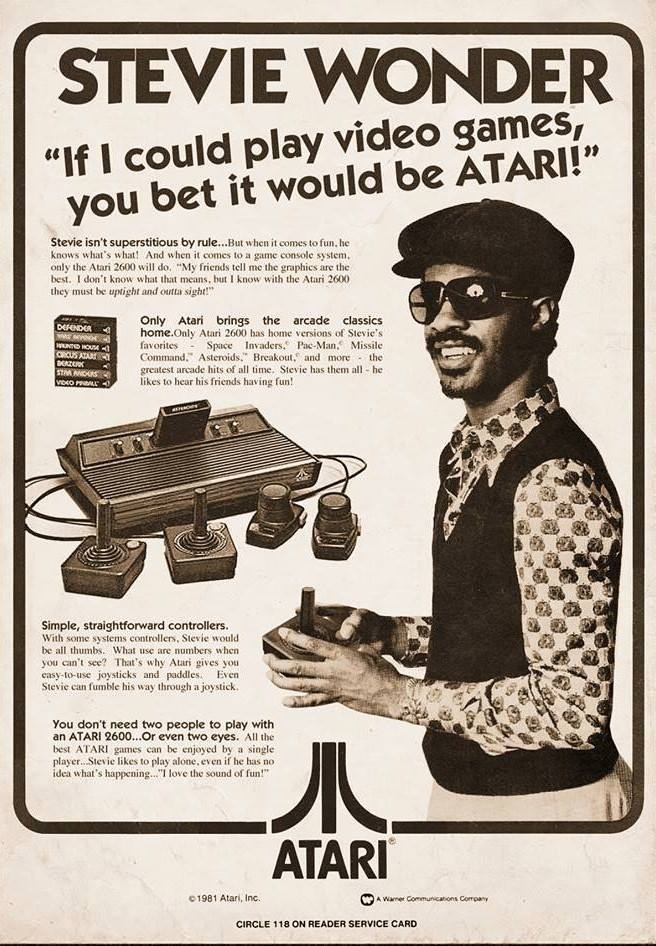 Strange, this ad looks a lot like this one.

Don't know who he is? Actually, you probably do.