Words cannot begin to explain how much I truly adore this game—Child of Light. This is one of my favourite RPGs of the last couple of years. The best part of any game I find is losing myself in another world, becoming part of the game and escaping reality for just a few hours. Immersion is everything. RPGs can be very hit and miss for me; if the world is boring, or the tone or mood doesn’t fit what’s going on, and—more than anything—if the characters aren’t believable and relatable, I won’t get past the thirty minute mark.

In all fairness, I have tried some interesting RPGs and found interest in them based solely on how completely random, absurd or amusing they are (cough–Unemployment Quest–cough). Child of Light is not that type of RPG. It has an interesting world, fantastic mood, beautiful music and wonderful characters. It incorporates some of those random, absurd and amusing qualities required for a lighter tone when needed, but honestly, without those moments this could become a very dark game.

Let’s begin with the opening premise of the game. In Austria, 1895, there was a land ruled by a Duke; his daughter was named Aurora. Shortly after her father’s wedding to her step-mother, Aurora has gone to sleep in her room—however, the fireplace has burned low, and (as the opening phrases it) “for all intents and purposes, Aurora is dead and yet, once upon a time she awoke in a strange land instead.” 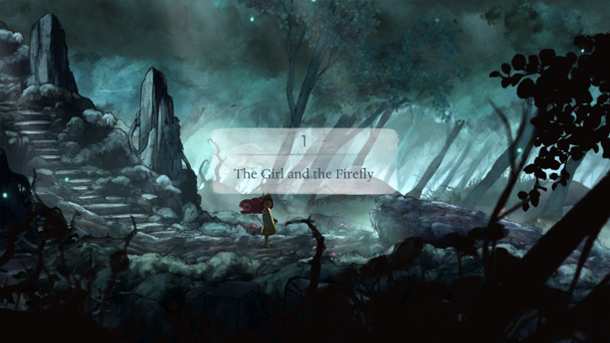 Waking at the Alter in Lumeria, a land that has lost its light, our protagonist Aurora is alone and confused. Using the left control stick (as I have only played the Wii U version, I can only make comment on the controls I know), you control Aurora who will run into her unknown surroundings. Convinced she is merely dreaming and in search of her father, she becomes increasingly upset before falling to her knees and crying in front of a beautiful tree. A firefly hears her, attempts to console her, and then asks if she knows of Aurora.

The firefly (Igniculus) leads her to a monastery where she meets the Lady of the Forest who, in showing you this world’s recent history, asks that you find the Stars, the Moon, and the Sun. In doing so, you will return light to Lemuria and be able to return to your home. Such starts our adventure.

Personally, the opening concept seemed to be almost expected of an RPG—however, Child of Light pulls it off quite well. Aided by a Studio Ghibli-inspired art style and music composed by Coeur de Pirate, I found myself enthralled, and unsure of what to expect.

The graphics and music in this game are truly commendable. It’s the little things that make it what it is. Running through water creates a wave in front of you, jumping on a tree branch has it sway under your weight; the background is as interactive as the rest of the game.

Playing through the game you learn the many functions available to you that make each RPG unique. In this case, the uniqueness comes with the Final Fantasy-styled battle system. A turn-based roster influenced by your characters’ and the enemies’ speed, as well as any status effects.

Instead of gathering weapons, you will instead find various Oculi–coloured stones that can be forged together to become more powerful or used as they are to enhance each character’s weapon, armour and accessory. 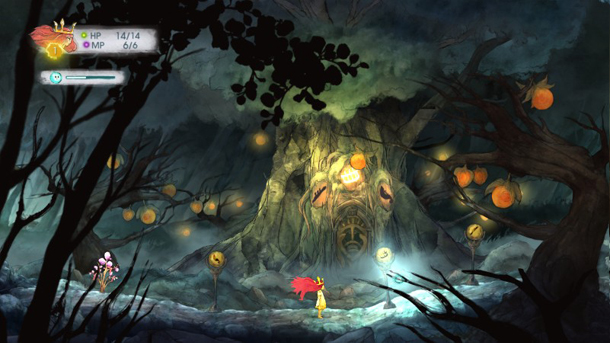 The other important mechanic that helps this game to be a unique experience is the overworld puzzle solving. Although it is not the main focus, and the puzzles are fairly simple, it adds some flair to the world of Lemuria.

Of course this game is available on a range of consoles, and even though I’ve only played the Wii U version of the game I decided to go to my local gaming store and pick up a copy of the PC release. The bonus features were too good for me to resist—including keychain, art book, and two DLC codes.

In my opinion, if you are a fan of graphics, soundtracks, or RPGs, then this is probably the game for you. I know that I am continuing to enjoy it now and would definitely play it again in the future. 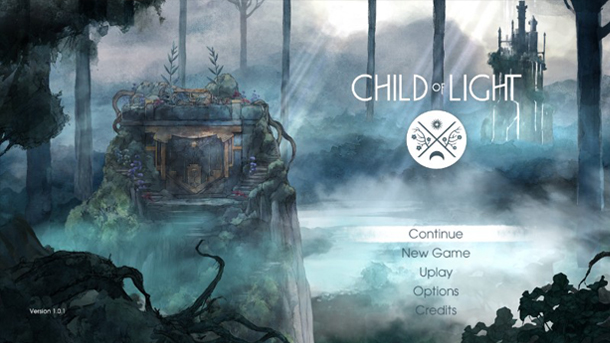