Club Nintendo is the loyalty rewards program for Nintendo products. Now that people finally seem to be buying Nintendo games and hardware, Nintendo has decided to discontinue the program in lieu of a new, revitalized loyalty program to come out later this year.

Why is this happening now? Hopefully to incorporate a more modern, ergonomic way of registering products to earn “coins” and get prizes. Maybe they will opt for QR code slips inside games and hardware that you can scan and register your product with, and just maybe offer you a free virtual console game within two game purchases or one hardware purchase. Maybe someday.

Club Nintendo works by entering into their site a string of numbers and letters (found in eligible Nintendo and some third-party products), filling out your opinions in a survey (“Would you recommend this game to friends?” and “Why did you buy this game?”), and then relishing in the fact you just wasted 2-3 minutes of your life for 10 coins. Although it is understandable Nintendo would only want to give away free digital games and collectibles to people who buy a significant amount of product, the actual amount of product you have to buy to qualify for anything decent is a little staggering. 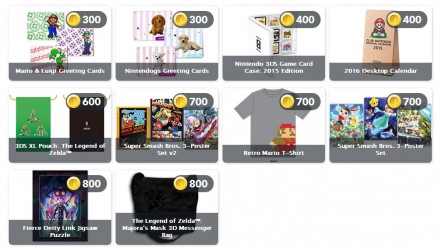 I first started noticing Club Nintendo leaflets in DS games, and at the time I thought to myself, “Wow! What a neat idea! But you probably have to buy a lot of games to get prizes, so I’ll wait until someday I do”. I guess I estimated myself pretty well, because here I am with at least $600 worth of “new-ish” Nintendo products. After further pursuing my video game hobby/obsession over the last two years, I have bought or been gifted a 2DS, a Wii U, and about $200 worth of games for those platforms. This does not include the older Wii I registered and all the games I bought for that console, and some old DS games. In modesty, that looks more like approaching $800. I probably could have bought four new Xbox 360’s at their current prices for that! But I certainly would not have had as much fun.

So for those of you, which is most of you, who have never taken a look at Club Nintendo’s reward offerings, what might all those products AND filling out their corresponding surveys get you? Let’s break it down; a 2DS is worth 100 coins, which could get you a third of the way to being eligible to receive Nintendogs greeting cards! I’m not kidding, unfortunately. If you had even the slightest fancy in sending your friends cute notes, you would have to buy three 2DS’s, or a Wii U, a 2DS, and a $40 game. That’s $300-$440 worth of eligible product for…note cards. But, hey! They’re limited edition! This has been the kind of consistent weak offering Club Nintendo has had for their exclusive rewards since I joined last June. At one point, Club Nintendo supposedly gave away more neat merchandise exclusives, like game soundtracks and special edition games, but I guess this happened years ago. The most recent special promotion that Club Nintendo offered was the Super Smash Bros. soundtrack offer—where, if you registered the 3DS and Wii U versions of Super Smash Bros. by January of this year, you would get a free soundtrack CD and free Mewtwo DLC. Not too shabby for a $100 buy-in, considering some of the rest of your potential buy-in. 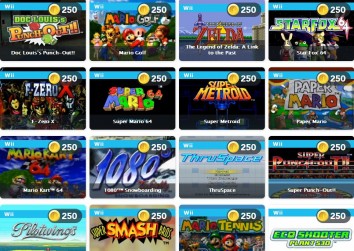 Not too bad, but it could be better.

Thankfully, with the discontinuation of Club Nintendo, Nintendo is finally offering what they should have in the first place! Over 100 Virtual Console/digital games are being offered for Wii U, 3DS, and Wii systems for the not-too-bad cost of 100-250 coins each. Some newer titles like The Wonderful 101, Donkey Kong Country Returns 3D, and Kid Icarus: Uprising are being offered at around 600 coins. Notable Virtual Console titles include Super Metroid, the original Super Smash Bros., Super Mario 64, MarioKart 64, EarthBound, and the original version of Majora’s Mask. You might wonder why I’m naming mostly N64 titles—it’s because since I don’t have an N64 yet, these are the most appealing to me. As a Nintendo fan that transcends console generations, I already have most of the Super Nintendo and Game Boy Advance games being offered, and I’m sure other Nintendo fans are facing the dilemma of, “Out of all these 100+ free games, which do I not have?” You could then look to the exclusive physical collectibles, which even as final offerings still seem pretty paltry; a Link “Fierce Deity” jigsaw puzzle, a Skull Kid messenger bag, and two separate poster sets for the newcomers of Super Smash Bros., like Rosalina and Bowser Jr. Yeah, that’s about it—the rest is still Nintendogs greeting cards and a calendar Nintendo probably gives to its employees for free. In the end, I personally will probably choose some of the N64 games and Super Metroid, and maybe Link’s Awakening DX.

Was buying all those Nintendo products worth it? Yes, it was. Was filling out all those forms online worth it? That remains to be seen.

As some of you know, this past weekend I went up to Philadelphia to participate in the 2009 Pokémon Video Game Championships. Essentially it's a big tournament where Pokémon trainers face off agai