You may remember when GameStop stopped selling NES games. As the years marched on, they stopped trading SNES games, then N64, and so on as newer and “better” consoles were released. Now, however, it seems the company is taking the DeLorean back in time and will begin trading the classic consoles and games once again!

Does anyone know why this character exists?

I guess GameStop realized the nostalgic market really needs to reach back further than the first Xbox, so a time is coming when NES games are cool, hip, and retro enough for the stores, but PlayStation 2 titles are “too antiquated for modern gamers”. If you have some old cartridges collecting dust and don’t understand how eBay, Craigslist, or Gazelle works, head on over to your local GameStop after April 25th, 2015, to trade in your old titles. But, if you want to buy the games, you have to order them online—where they’ll be made available to you after going through a cleaning and refurbishment process. Hopefully this will also include those clever fake box arts that the staff like to draw. 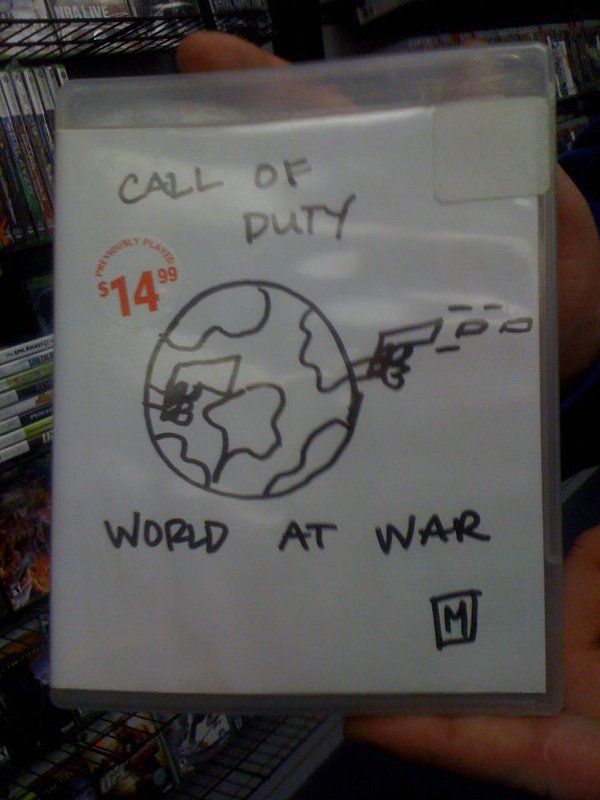 It's time to get caught up so you can watch the newest livestream of Train Buddiez!