It was my 13th birthday party, the Saturday before my actual birthday in January of 1999. I remember it vividly—sitting in the back of my parents’ minivan with my friends from Civil Air Patrol, on our way to an afternoon of paintballing. It was rare for me to spend time with a group of friends, but for a big event like the transition to teenagerdom, it seemed like an appropriately mature and masculine activity for a group of boys between the ages of 12 and 14.

It’s always stuck with me that the song Point of Know Return was playing on the radio as we pulled up.

A short couple hours later and we were back in the van, aching from running around and bruised from being shot. We dropped each of my friends off and headed home for dinner, cake, and presents. From my parents, I got a cool pocket watch. And from my brother…

Pokémon Blue! I’d actually been considering buying it for myself, so it was lucky that I waited. With the birthday festivities winding down, I couldn’t wait to plug it into the Super Game Boy and start on my very own Pokémon journey!

As the game loaded up, it struck me what a contrast it was from the events earlier in the day. While I’d always enjoyed videogames, and even in the early ’90s I had always been more interested in RPGs than shooters or violent games like Mortal Kombat, Pokémon was a decidedly targeted at a younger demographic.

Wasn’t I trying to be cool and fit in? Sure, it was a game about capturing monsters and forcing them to fight to the point of passing out, but all of the characters were cute—not to mention the anime that you could hardly get me to admit that I watched.

I sat on the floor and played the game on into the night, and then into the morning. Charmander had been a tough choice to start with, but you should know that I rarely back down from a chance to grind. I’d defeated Brock, made it through Mt Moon, and was on my way to Cerulean City as the sun was starting to rise.

I decided to finally get some sleep, but I couldn’t stop thinking about where my life was going. In this confusing world of adults, was there no way for me to enjoy both paintball and Pokémon? Did growing up really mean I’d have to give up the games I enjoyed so much?

How long—to the point of no return?

Looking back on it now, my night of playing Pokémon Blue may not have been a turning point at the time, but it was a moment that led me on the path to who I’ve become today. I can’t say that I still like paintball that much anymore, but I feel that I’ve grown into a fairly balanced and open-minded person—and it really started with playing Pokémon on my 13th birthday. 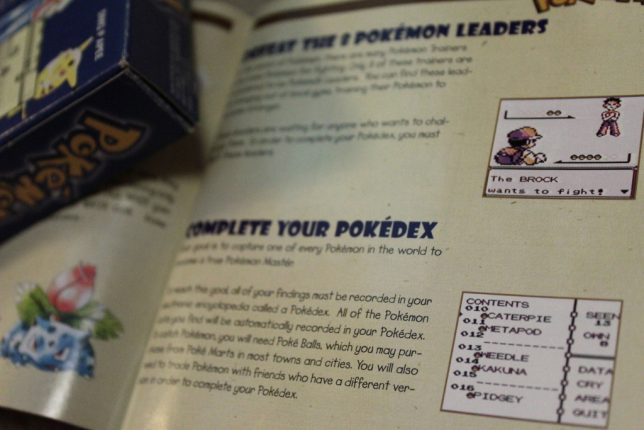 Halfbrick Studios made love to their sponsors and produced a litter of kittens. Purrcisely the kind of thing I expected them to do. Sell out, I mean.