I started playing a little Pokémon on my DS, back before the Pokémon GO craze. I know it’s a really popular series, and I’ve had a little exposure to it from playing Super Smash Bros. I had some serious problems with it, as you may have guessed by the existence of the article. So let’s get right to it.

So, the Pokémon world is one where people hurt Pokémon and capture them in to these little balls and then use them to go on adventures and fight other people for some reason. It’s quite bleak.

What’s quite upsetting is that EVERYONE IN THE WORLD IS OBSESSED WITH POKÉMON. When you talk to someone, they almost always have something to tell you about Pokémon and/or want to fight you. You’re just walking along, and everyone wants to challenge you. But these characters don’t move. They just stand there all day waiting for some random kid to walk by who looks like he MIGHT have Pokémon. But, of course the person who they’re waiting for has Pokémon, because everyone is obsessed with Pokémon. 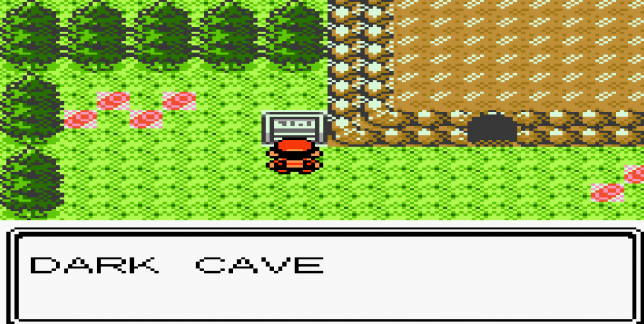 The world is fairly industrialized. We see major appliances, trains, bridges, etc. But everyone just seems to be some dumbfuck lump on a log that is just obsessed with Pokémon and doesn’t have a real job or any aspirations beyond getting stronger. Maybe it’s a social commentary on a world obsessed with videogames, but we’re not that bad, are we?

Occasionally you’ll meet someone who doesn’t have anything to say about Pokémon, but instead, they spout some garbage you’d hear at the end of a Saturday morning cartoon in the ’90s. Stuff about respecting people who are different and being kind to people. That’s all well and good, but the plot is such that you have no real decisions to make in the game. Which leads me to my next point:

The only person I like talking to is the person behind the counter of the Pokémon Center. Granted, I hate the seven pages of dialog I need to go through to finish talking to her, but the free heal is nice. Seriously, seven pages of dialog to welcome me to the center, explain what she’s going to do, and thanking me. In my day, if I wanted to get healed, we had to pay for it, and the inn keeper simply said “One night is 100 gold. Do you want to stay? Yes/No”, and that was it!

The plot of Pokémon White (and from the original Game Boy game) is basically that everyone boy and girl is forced to go on some quest for some reason to find Pokémon and fill out some dumb Wikipedia page about all the Pokémon. There’s no real reason to do this other than you have no choice and it seems to be the culture of the world. There’s some professor who asks you to fill out the Pokédex with all the Pokémon. This person is a professor of Pokémon sciences, and they developed the Pokédex to list all the Pokémon, but the list is empty. It’s like how a professor in college has the research assistants do all the real work, except here, the professor is a complete jackass and knows nothing.

She at least gave you your first Pokémon, which begs an interesting question: How was the first Pokémon caught? No one in this world seems to personally be capable of fighting. When you defeat a very bad person, they completely give up when their Pokémon is defeated. Humans don’t fight back—not out of fear, but because they simply don’t even know it’s an option. How could humans have evolved this way? You may think that maybe they have no natural predators, but there are hundreds of vicious Pokémon out there who evolve and spit fire, water, poison, etc. at you! 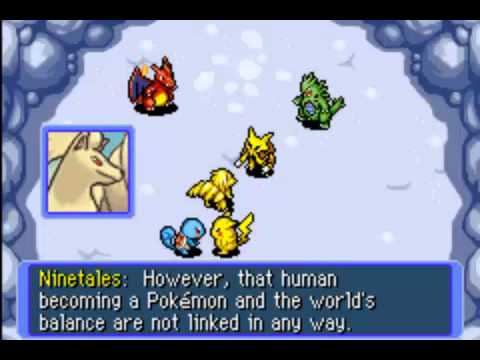 How could the world’s balance not be linked to a human becoming a monster?

I got stuck at I think the third Pokémon gym. The game makes you think that you can go back and beat gym leaders at any time. In actuality, bridges are closed, or there’s some stupid guard blocking the way until the gym leader is defeated. It’s like the whole inter-regional transportation networks are completely on hold until some random kid goes through and fights gym leaders.

So, back to the gym leader. This girl used electric type Pokémon. I heard from someone in town that ground type Pokémon are strong against electric. Great, OK, I’ll go get some ground Pokémon. Well, I read online that there are three Pokémon people recommend using. Two of the three aren’t even available at this point in the game because the roads are blocked. So, you’d have to go online to trade with people. I assume you need Nintendo friend codes and all that BS, so I pass on that opportunity. Plus, Nintendo DS Lites can only connect to wireless access points that have no security or WEP security. That was OK ten years ago, but not by today’s standards.

So, there’s this one sand crocodile guy who sucks that I managed to capture. As I fought the gym leader, I learned that the electric type Pokémon are generally smart enough to use non-electric moves when you have your ground type Pokémon in battle. What’s more, the electric type Pokémon she has are immune to ground attacks, so I have nothing that is “super effective”. I managed to find an item to give my fire Pokémon that boosted their fire attacks, so I just punched through with fire.

So, I did manage to get through after a lot of grinding, but I could tell that the game REALLY wanted me to go online to trade some Pokémon. It was pretty annoying.

Pokédex and choosing your Pokémon

When you’re fighting a trainer and defeat a Pokémon, the game tells you what the next Pokémon is going to be. It gives you an opportunity to switch our your Pokémon with another that is more suited for the battle. The problem is, there’s so many damn Pokémon, I may not remember what type of Pokémon a Darumaka is. It’s also not intuitive what the strengths and weaknesses are. The fact that water attacks are strong against fire type Pokémon makes sense, but can someone explain the logic of a rock type being weak against steel Pokémon? Also, why is steel a type? Steel is a man-made alloy, not something naturally occurring. If only I had some sort of device that logged all the Pokémon I encountered…

Unfortunately, they don’t let you actually look at the Pokédex during battle. Even if I could, it doesn’t even log the Pokémon types unless you’ve captured them. This is bullshit, because you can figure out the Pokémon’s type generally by appearance and outcomes in battle.

Also, why are there so many Pokémon trainers in the world who challenge you and are obsessed with Pokémon, but they only own one Pokémon? Do people eat Pokémon? How does the economy work when everything revolves around Pokémon? What the crap?

I’ve had enough. I’m done with this game.

If you act now, you can sign up to receive the first episode of Back to the Future: The Game for free when it comes out! All you need is a account with Telltale Games's website, and a desire for joy i ...