Strange things have been going on in the world of Videogames, GameCola faithful. One of the longest-running AAA third party publishers, Konami, has suddenly gone mad and is spiraling into decline. Firing Hideo Kojima, cancelling Silent Hills and all future projects, and investing in pachinko machines sound like the actions of a mad king and not one of the leading videogame publishers for the past three decades.

But what if I told you, GameCola readers, that perhaps this is not the mad decline of a beloved company? What if this was something far more sinister? As suggested by the title, I believe Konami is a front for the Yakuza—The Japanese Mafia.

I understand this sounds crazy, but to consider it you must first consider the reasons why the Yakuza would invest in a videogame company at all! Money, obviously—but to what end? Well, money laundering of course! Konami could be funded through three types of money laundering, and thanks to the dirty money flowing into them, they’ve been able to make some of the most memorable games of the past three decades.

Obviously with videogames being a cash-intensive business (while not directly handling physical money, it is a business where operating costs and generated revenue can vary greatly) that’s one angle of money laundering. The next being trade-based, where invoices and other financial documents feature fabrications which obscure exactly how much money is coming into and out of the company. The final suspected method would be through a shell company, as benefactors of Konami may not necessarily need to name themselves or the source of their funds when they’re funneling money into the company. So, here’s Konami’s use to the Yakuza, but why are they suddenly destroying the company?

The Destruction of Man

What has probably happened is Konami has outgrown its usefulness, and they’re trying to liquidate it. This is demonstrated by way of first and foremost firing Kojima. Cancelling anticipated titles such as Silent Hills also helps to liquidate the company’s assets even further. Creating pachinko machines with the famous branding of Konami also helps with this process. Perhaps the most insidious part of it is the open-world survival horror Metal Gear that’s coming out soon.

How does all of this contribute to liquidating Konami? It destroys consumer trust in the brand by getting rid of the mastermind, cancelling anticipated titles, creating titles that the core demographic is not interested in, and then releasing high profile titles guaranteed to flop. While most of this seems pretty standard, the pachinko machines sound more like an investment—except they’re also an essential part of the Yakuza money laundering scheme!

Money goes in, and more comes out!

Pachinko is also a cash-intensive business! Putting Konami brands on pachinko machines is just the next step, obviously! You use the brand to attract people familiar with it—the older crowd that’s given up videogames or perhaps younger gamblers—and aside from that turnout, they’re still useful methods for laundering the money. The Yakuza have a history of using pachinko machines as a method of money laundering, much like how casinos were used by the Italian Mafia in America, and it simply works because you can’t actually trace where the money that was put into the machines came from.  Given the low operational cost of a pachinko parlor, this makes pachinko a very good source of money, and especially in this case a useful way to liquidate Konami’s assets further, and destroy consumer trust in the brand once again. 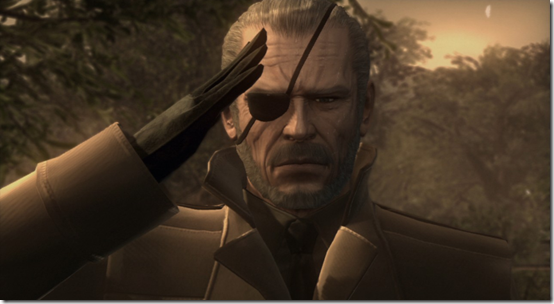 We salute the memory of this dead videogame titan!

What I expect to be done with this information is absolutely nothing. Most Konami games exist outside of GameCola’s scope (our scope being Gaming Outside the Mainstream), and so we’re not really interested in covering them. This has, in fact, been covered by several mainstream media outlets as well. But one of GameCola’s trademarks is being two years late to the party, so here we are! If you’re curious about organized crime in Japan you should probably play the Yakuza series, as it’s not only a modern take on the classic brawler, but also a dramatization of Yakuza affairs!