The Wild Eternal, a Steam Greenlight game from the developers at Ilsanjo set to release April 13th, is a first-person exploration game with heavy stylization. As you explore the foggy caverns of the mountains and valleys that make up this game’s world, you will be able to collect not only trinkets and snippets of speech across the game’s world but also “powerful abilities” by locating shrines. However, The Wild Eternal’s main focus seems to be immersing the player in a calm, muted environment that allows time to ponder the philosophical musings that will be presented to you. And these will be plentiful.

Digressing into my more direct personal observations, this game has a few interesting aspects going for it. The use of fog is reminiscent of the Silent Hill franchise where, while it may help keep the game running well technically, serves a definite atmospheric purpose as well. However, horror has been replaced with what is at worst a general unease. The Wild Eternal also features a strong Asian aesthetic, from the shrines, gods, and fox-demigod companions to the player character’s name: Ananta (which is an Indian name for those who don’t feel like Googling it). The story takes place in pseudo-Himalayan valleys while Ananta embarks on a spiritual quest to escape the cycle of reincarnation with her “foxy” companion. 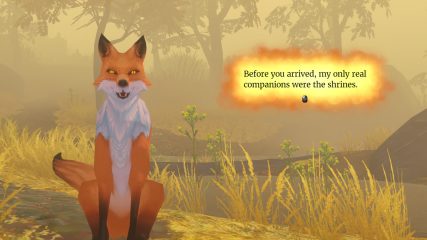 The use of “powerful abilities” also intrigues me as a way to set this game apart from “walking simulators” that are often polarizing in gaming media these days. While not expounded upon in the above trailer, there definitely is a potential marketability to be found there for someone like me who might want more gameplay than walking around, talking to fox gods, and collecting sound bytes of the main character’s past. 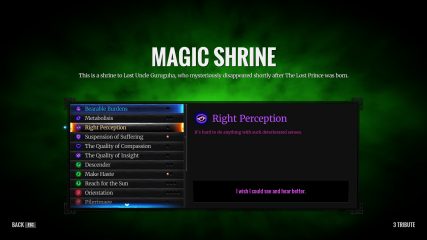 There are a lot more details that I haven’t included in this article, so if you find yourself interested in this game, you can check out more at its Steam Page as well as the Facebook and Twitter pages of Ilsanjo.