Last week, my university had their annual “hey it’s the last full week of classes of the spring semester, time for fun events and nonstop parties” event, known on campus as Antostal. There’s a lot of really fun events, like free food, concerts, free t-shirts, and puppies. I do love the puppies.

This year’s theme was a blast-to-the-past type theme, where events featured classic movies, “classic” ice cream sundaes, and things like that. Normally, I don’t participate in these kinds of things—it seems a bit silly to me, especially during the last week of classes, where I’m usually frantically trying to keep my life together and more often then not, utterly failing to do so. But an event on Thursday made me change my mind: a “classic” videogame tournament.

The event was advertised as a chance to compete in your favorite classic ’90s videogames, like Madden and Super Smash Bros. Now obviously, Madden is not my thing. But I figured, hey—why not go try my hand at some Smash 64? It has been ages since I’ve even touched an N64 controller, but it could be fun. So I got all dolled up in my retro t-shirt and headed over to the student center to scope things out. 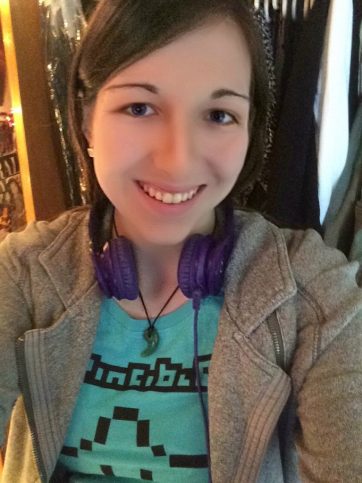 I thought I looked pretty cute. You know, just in case there’s any nice guys there who I can beat. Don’t want them to hate me.

When I arrived at the student center, I was shocked to see so few people, first of all. Maybe it was because some people were in class, but it was still pretty quiet. Second (and much to my chagrin), I saw people playing Super Smash Bros. Brawl. Now, don’t get me wrong—I love Brawl. But that’s not…classic. It’s Brawl. There weren’t even any classic systems, just a lone Wii and Xbox. Regardless, I jumped into Brawl as soon as I was able and schooled some boys with Pit after getting into my rhythm. It was pretty satisfying. Never got around to Mario Kart, but needless to say, I would have killed it. 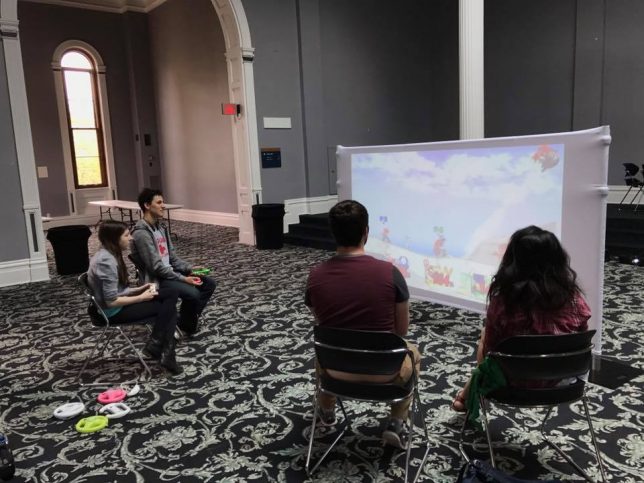 An actual picture of Diana playing actual videogames with actual other people. (My roommate sent me the link to this picture, saying “I see you.”)

So what have I concluded from this “classic” videogame tournament? First, some people just don’t know what classic videogames are, leading to heinous false advertising. Second, don’t take a videogame tournament thrown by non-gamers at face value. They may not be exactly what you expect.