We’ve all felt the joy of playing a game for the first time. The thrill of shooting an enemy target, the joy of solving a difficult puzzle after several tries, the elation of finally beating the game after hours of playtime. But sometimes that one play isn’t enough. Sometimes games call us back, whispering our name repeatedly until we pick up the controller, keyboard, or mouse to start again. What keeps us going back to it? Why do we go back, even though we’ve seen the end of the game?

There are plenty of answers to this—the game made you happy, there’s more to explore, there are achievements, etc. What it all comes down to is this: good replay value. What makes it worthy of another play? This is a blog post, so I’ll be talking about my own personal feelings and experiences. Let me know your feelings about replay value in the comments!

There’s no one way to describe the ending of a game. There are endings that make you feel satisfied, angry, sad, or even make you pine for more. Then there are games with multiple or even secret endings. Games like 2064: Read Only Memories, Long Live the Queen, and Shardlight give you dialogue or path options throughout the game, all leading you towards a different end. It makes you go back and do things differently, sometimes showing you dialogue or scenes you didn’t get the first time. In the case of Long Live the Queen, the incentive is to not die before your coronation. You go back with your knowledge of how you died the first, second, third, twenty-seventh time and boost stats that will prevent this death path…and probably lead you to a different one. 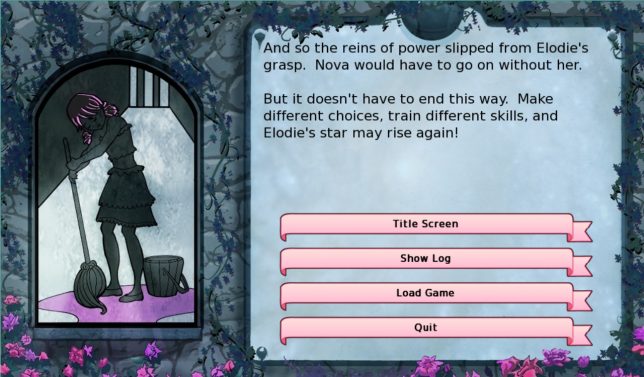 Just by going through to get this picture, I got an entirely new death I’d never seen before

Depending on how much you love a game, or how much of a completionist you are, achievements may or may not entice you to play again. Some you get automatically for just playing the game, while others are rewards for going the extra mile or for playing longer than you probably should have. I’m not opposed to story-based achievements, such as the “Medium Well Done” ones at the end of (most of) the Blackwell Series games. Going the extra mile and finding secrets, doing dumb things, and taking a different route in a game to get a different ending all feel like better rewards, though. In Blackwell Epiphany you can get two different achievements, “Softly Softly” for leaving as few footprints as you can, and “Snow Plow” for walking around in the snow until your ghost companion yells at you. Since they were easy enough to get, I played through the game a few times to get these achievements.

Open world games with an overarching quest have never been my favorite. I don’t know why that is. Maybe it’s the sheer size of the world or the fact that I suck at most of these games. I played The Elder Scrolls IV: Oblivion and I liked it for a while before realizing that all I did was pick flowers. A lot of people like these kinds of games, though. They like being able to go off and explore mountains and wastelands, all while working their way through different quests on their way to beat the game. In some cases, the ending of the game isn’t really the end for the player. Some games will let you keep exploring even after the events of “the end”.

Sometimes, there aren’t really incentives the game can give you for playing it again. Maybe it was a game that you just really loved and want to play again and again. Maybe it’s a simulator that has kept your interest for a while. Maybe it brings back fond memories of childhood or a time you just really like remembering. Playing The Night of the Rabbit, a game I played as an adult, made me think of a time in my childhood where I would go outside and explore. 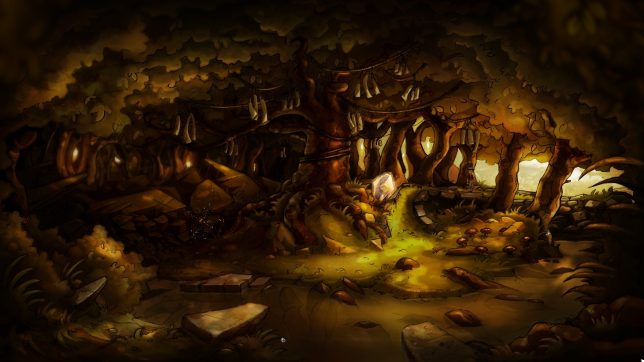 Replay value depends on the game and how you play it. Sometimes there are ways to pinpoint why you want to go back and play a game, other times you just feel like it. Let me know in the comments what your feelings on replay value are.

Have you heard of that fancy sporting event known as "football"?