Hello friends, pumpkins, and fellow spoopy people! I have risen from the ashes of depression and anxiety to talk to you about Galf. First, however, it’s customary for me to ramble about the goings on in my life. 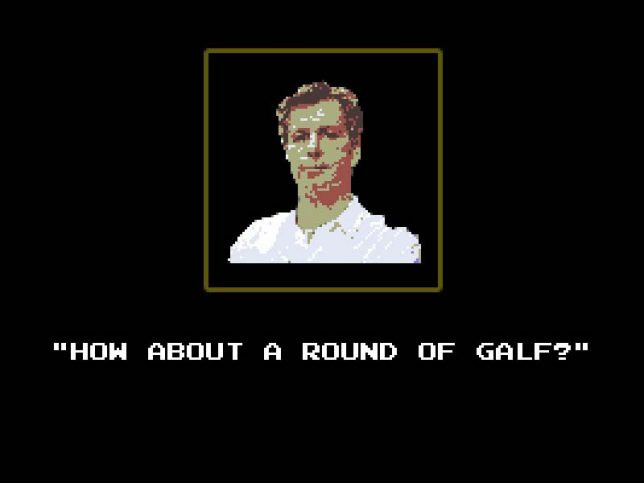 Over this past year I’ve been talking to a guy from Texas about remaking an old NES game that we love. I’m not going to get into details, but some of the thoughts and practices are going into another game I’m working on just in case this deal falls through. More on that in a future article. Hopefully that will be written before the end of the month rather than a year or more from now. 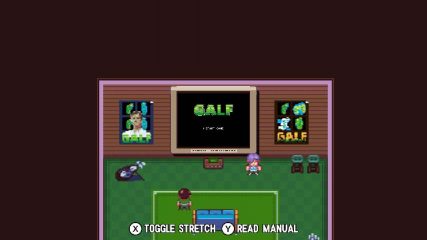 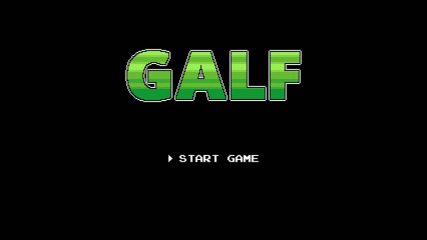 Now, as you can see, Galf displays on a tiny screen in the middle of your Nintendo Switch display. However you can adjust the image so that it displays in full screen as well, which is good because that’s how we’re going to play. It’s not strictly necessary, but it is much more immersive. 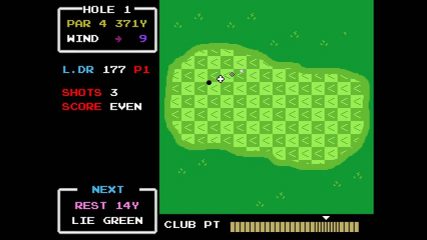 Galf is a very old-school golf game like you would find on the NES, Master System, Atari, or on a DOS platform. According to the gracious individual running the @SidebarGames Twitter account, it was most inspired by the NES. Though not inherently unique in it’s presentation, it’s very much out of place in today’s moderately-budgeted indie market.

You get a standard selection of clubs and the choice of 16 input directions selectable by hitting left or right with the analogue stick. There’s also a wind indicator and slope on the greens which are vital in making an accurate simulacrum of real world golf. Your strike meter is a standard design: The further left on the bar you input, the more power you get, and the closer to the origin that you stop the indicator, the more accurate your shot is. Other than all that, you just have to sort of eyeball your shots. Luckily, that was entirely by design. After all, it’s more accurate to the real life game that way. 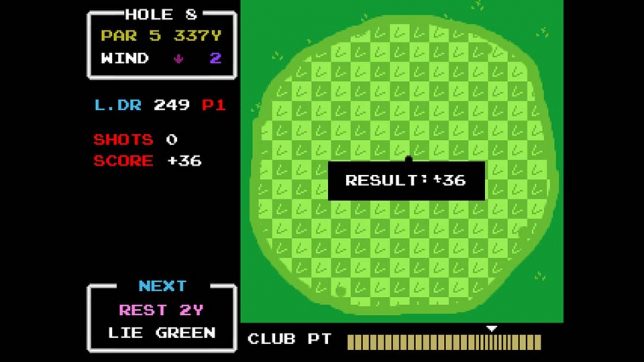 Yes, that’s right: This masterpiece of computer engineering is only a footnote in the larger production. Galf is an entirely missable side attraction which was, according to one of the game’s three in-game manuals, designed to be intentionally frustrating. There are actually three separate versions of Galf in Golf Story, meaning for the meager price of $20 you get FOUR whole golfing games, and one of them is actually worth your attention! The in-game manuals alone are worth the effort of tracking down all three versions of Galf. It’s truly an absurdity to behold.

However we must move on, as it is currently almost six in the morning and I need sleep.

Well, let’s get down to it. Golf Story is a story about golf. Shocking, I know. You play a young-ish man somewhere between the ages of 24 and 32 who aspires to become a professional golfer. You start the game as a relatively inept buffoon. While the details of your golf game all depend on your personal skill, there are stats that determine how effective your swing is. 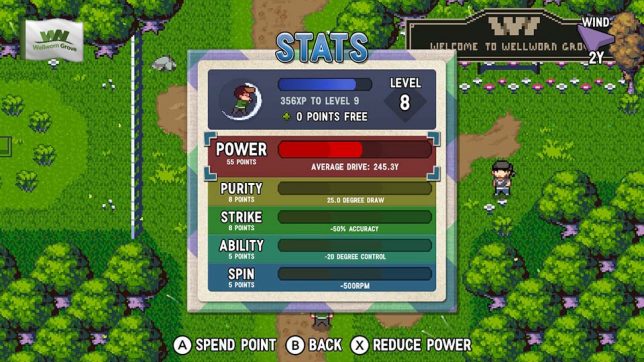 Yes, you read that right—stats. Meaning that Golf Story has stat adjustment. Golf Story is an RPG. You can adjust your Power freely as long as you have the points to expend on it, but your other stats are dedicated. To a point. Every other point you put into power will deteriorate your other stats. It makes sense in practice. The harder you hit the ball, the less accurate you are hitting it. Here I’ve “adjusted” mine to be pure power just so I can see exactly how the micro management I put into my main file paid off. I’m still not entirely sure what “spin” is supposed to accomplish. It’s not like there’s a “Holy Corpse” I need to collect. Someone will get that joke. 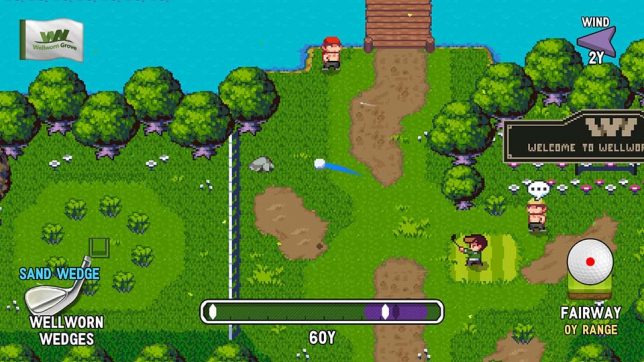 Your first objective as a new amateur is to get your swing assessed. Walking onto the first course, you are greeted by a guy who wants to press a button. This is your first test out of the tutorial. It’s a simple chip shot but it can take a few attempts to hit it. After you do you’re rewarded with some experience, a little bit of change, and a short cutscene of a little shack intended to show you that there are three other buttons. This reward is a standard throughout the game. There’s a bit of exposition and then you wander across a bridge and see a coach and his less-than-inspiring students. In fact, you’re almost assaulted by one of them. 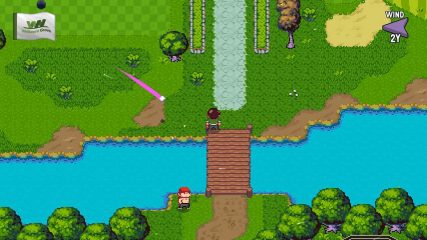 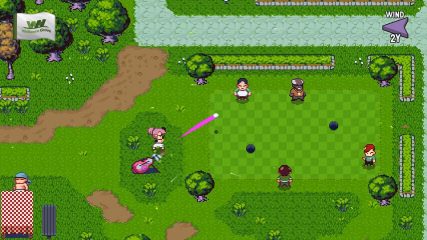 Essentially, they accost you for thinking you could get a free lesson when all you want is a couple pointers. Being a nice pleasant young lad, you decide that it’s more important to pay the lesson fee and get your advice at the same par as the others: $14.45. To do that, you must accomplish several challenges throughout the club area. The whole game plays out a bit like this. You do challenges to gain access to the main courses, play a solo game, maybe a match, maybe a tournament. Typical golf pro stuff.

Golf Story isn’t super unique as a game outside of being a golf-based action RPG, but its writing character is a shot above the rest. It may be the single best use of the HD rumble feature of the Switch. For instance, any time a text bubble moves or appears, the rumble will shake to match the feeling of the text. Let’s say your text pitches to the left as shown below. In that case, your rumble will make kind of a queezy slide sensation as if what just happened made you feel upset or uncertain. Personally, I feel like that alone is worth the $20 price tag. 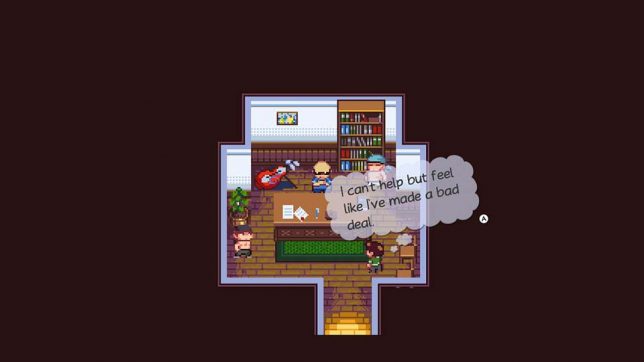 Golf Story may not be what you would call a typically fun game, but it is by far the most interesting thing I’ve picked up in recent memory. From the simple and practical mechanics to the quirky writing rife with golf slang, it’s an absolute gem and I can’t recommend it enough, even if you’re not particularly a fan of sports or sport-like games. 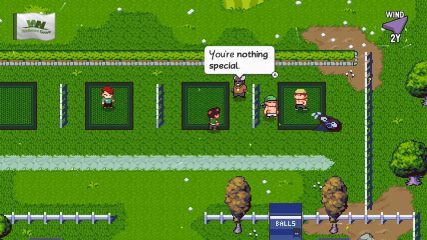 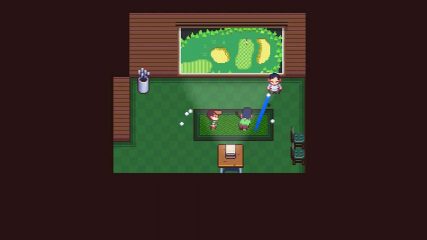 It’s also worth noting that I discovered an interesting game on the Atari 7800 as I was writing this. So, get ready for Ninja Golf somewhere down the line! 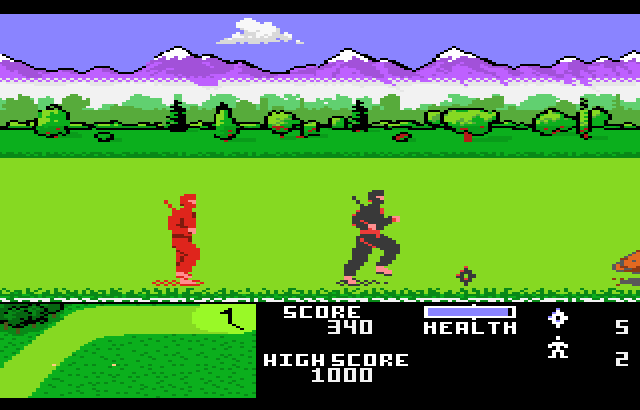 Recently, Disney announced its newest Disney: Sing It! game. This one is taking the series in a new direction by focusing on songs from classic Disney movies like Aladdin and Mary Poppins. Gee, didn'