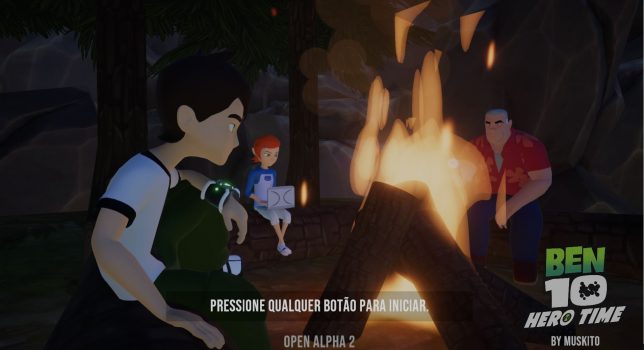 Welcome to the inaugural installment of “Surplus SurPassion”, where we spotlight impressive projects made by fans that in some way appear to go above and beyond what came before. Today I will be covering one of the two Ben 10 fangames that I have been following the development of for about half a year (not including the one being made in Dreams that recently announced a brief hiatus from posting updates to YouTube). I chose this one for the simple reason that at the time of writing, today marks the first playable release!

Ben 10 is a show I grew up with, and is about a ten-year-old boy named Ben Tennyson who discovers a mysterious alien device resembling a watch (leading to his punny catchphrase, “it’s hero time”) which allows him to temporarily transform into what was originally ten alien species each with their own unique biology that allowed them to perform extraordinary feats. As the show went on and got handfuls of videogames, sequels, movies, and reboots, there were many elements that changed and evolved. Ben got more aliens; mysteries about the watch, its creator, and much more were explored and solved; the lore and worldbuilding upgraded in scope multiple times over, etc.

The first console game (no, I do not currently have the spare sanity required to talk about the HyperScan, leave me alone) that came out based on the show was Ben 10: Protector of Earth released in late 2007, which acted sort of like a less robust Marvel Ultimate Alliance-style showcase of the universe and cast of the show at the time, which seems to be fairly common in the genre of mediocre licensed brawler videogames. The main problem that I—and I presume many other fans—had was that you were limited to Ben and ONLY FIVE of his alien forms (six on the DS, as you could unlock a glorified screen-clear attack that pretended it was an extra alien form known as Upchuck, an alien that can send out these really gross, long tentacle tongue things to reel in basically anything that a regular human couldn’t safely eat—before that vaguely interesting weakness got retconned and oh yeah did I mention this franchise was largely inspired by comic books? Trying to explain aspects of it can get kind of complicated at times—and digest it into various kinds of explosive balls of grossness and slimy spheres of goo). This was a particularly interesting choice because just under half of the playable forms weren’t even from Ben’s original playlist of ten alien forms. Wildvine can do some neat things and I appreciate him as much as the next guy, but they really included plant alien over Diamondhead or Upgrade? Seems iffy to me. 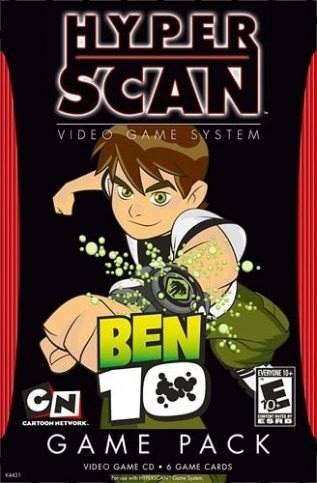 The franchise wouldn’t allow you access to ten alien forms until two console releases later with the title Ben 10: Alien Force; Vilgax Attacks which was also released on the PS2 in late 2009 (which if you click on the link to the Wikipedia article for that game and look around a bit, you may come to the same realisation that I did: People cannot seem to agree on how that title actually works. The show and game prior were both titled Ben 10: Alien Force, but that game has been referred to as both Ben 10 Alien Force: Vilgax Attacks and Ben 10: Alien Force—Vilgax Attacks on that page alone so I just decided I also had the authority to come up with my own way of referring to it. You’re welcome). The ability to transform into ten or more aliens would be a staple until, funnily enough, the newest release Ben 10: Power Trip which is the second game based on the reboot series. This is of course without mentioning the kart racing spin-off because the way it acts as if transformations are regular characters and that there can be like seven of them as well as Ben himself racing against each other as if that’s no big deal hurts my brain. Maybe there was a plot explanation that I don’t remember, so I guess I’m just giving it the benefit of the doubt and including it in the big alien arsenal trend. 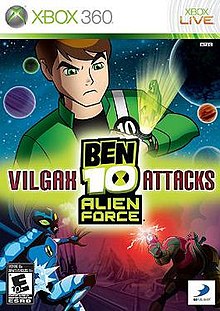 Seriously, this cover does not clear any of that confusion up whatsoever.

Ben 10 Hero Time is a Ben 10 fangame made in Unity that was created by a Brazilian game developer and content creator that goes by the moniker Muskito. Unfortunately there is a bit of a language barrier for me as I am unable to understand pretty much everything Muskito talks about in his YouTube videos, so the extent of what I can write in this article is somewhat limited to my experience with the game (which is available for free download right now for both Android and PC), my knowledge of the Ben 10 franchise, and some best guesses on my part. For example, the official trailer for this release uses the word “alpha”, and the first video in the YouTube playlist for the development of this game is “RECRIEI O BEN 10 DE PS2 – Recriando Clássicos – EP 01″, which in combination with the visual content of the video means I can only assume it was at least originally going to be a remake of Ben 10: Protector of Earth that was updated to include more playable alien forms. These facts and my inability to parse what Muskito talks about leads me to believe that this release is not the end for this game. Whether Muskito’s end goal is to eventually expand this alpha into something closer to the level-by-level progression of a story mode including puzzle elements that made up Ben 10: Protector of Earth (and possibly even using that game’s story as a base), or alternatively to write his own wholly original story, or simply leave the design as it is while making future enemy additions, I cannot currently say for certain.

With all that being said, I suppose it I should finally move on to my first impressions of the game itself. First off, the game looks great. It really does look like someone brought the first game to life using modern technology. From what I can tell the in-level music does seem to be ripped directly out of the original game, though. Maybe Muskito will decide to work on some revamped versions of those tracks in the future. I am very glad that there are symbols used for selecting a single-player vs multiplayer game, because after a couple screens of text that I couldn’t understand, I had grown slightly concerned. Starting my single-player game, I messed around with the controls before stepping into the circle with a sword icon that I assume means will begin a fight. There seems to be basic several-hit light attack combos, special attacks, and also utility moves that make me think there will indeed be more than just this arena battle in later incarnations of the game. Wildmutt is a big dog-like alien: Here he’s given a move where he sniffs the ground, reminiscent of the Ben 10: Omniverse game where a similar mechanic could be used to help you solve puzzles. Right now this game isn’t exactly at the heights of Ben 10: Protector of Earth, which allowed you to level up and unlock new combos for each alien form, enough to keep you being able to earn something new throughout almost the entire runtime of the game.

Ben 10 Hero Time plays more like the very underwhelming game Ben 10, which was the first game based on the reboot cartoon. Despite how that sounds, this isn’t a bad thing, and I’m here to tell you why. Ben 10 was a game that gave you a three-hit light attack combo, a counter attack button à la the Arkham series (except much less impressive), a special attack that fully took up one of your three special bars, and a screen-clearing attack that had its own special bar, and that’s more or less the extent of it. There were a couple more mechanics such as slowly expanding your roster of transformations and places to spend collected points on to unlock minor boosts for each alien, such as a buff that slightly increased damage with the more hits you managed in a combo. But at the end of the day, Ben 10 was a pretty soulless release. Ben 10 Hero Time is an alpha release that takes the foundation of that game and infuses it with some actual attention to detail and passion. The combat isn’t as polished and fluid as in Ben 10 but it has more character. Compare the ways the two games handle transformation.

Muskito created original assets that (even though I had trouble capturing it) seamlessly and perfectly captures the exact iconography transition that Ben’s watch takes when moving between selection and transformation modes. This fangame achieves with succinct aplomb something that not even one of the highest regarded games in the franchise, Protector of Earth could quite manage. It took the weird fire glide ability Protector of Earth gave to Heatblast where he literally just stands on fire itself, and upgraded it to a fire boost that makes sense and was used in the live-action movie.

Ripjaws changes from his legged form to his fish-tailed form upon contact with water. You start with the selection on Heatblast as a nod to the fact that he was the first ever transformation Ben turned into. Upgrade actually has the ability to merge with any mechanical opponent and fight using their form. I hope this conveys how all of these and more—in a fangame in its first alpha release that I would otherwise describe as being a mix of one of the best games and the worst game in the franchise’s history (a game actually made by professionals)—is impressive. Ben 10 Hero Time is currently an unpolished fangame that has lots of potential to expand in the future, and even as it stands I believe worthy of the Surplus SurPassion Seal of Approval. I am only disappointed by the fact that I can’t make my selection and transform by smacking down the right stick to fully evoke the feeling of being Ben Tennyson like I could playing the PS2 game. I hope that glaring and offensive oversight gets fixed immediately.

Is there anyone who was around in the early nineties that hasn't seen or heard of this movie? I mean, really, this thing was plastered just about everywhere you could've wanted, or not wanted, to see