where was Loafy Carl last month?  It’s practically the only reason I read gamecola!  It broke my heart… you should kill the artist for not giving you one…. yeah.

First off, this ‘Kevin Leacock’ guy made a HUGE mistake in his versus mode.  The first-person-shooter one.  For the picture labeled “Doom II (GBA)”, he put a picture of Doom II for the PC.  It’s obvious because the PC version is the only one that has the weapons numbered, the GBA version doesn’t.  They’re numbered on the PC because you can press the corresponding number to get to the weapon.  If you have the weapon, the corresponding number is lit up.  However, the GBA version there is a user-set button combo for switching weapons, deeming the number unnecessary.  Therefore, I would like a letter of apology from this nut for dissing first person shooter fans everywhere.

Second off, where can I get a topless picture of Kyle?  He is soooo hot.

– Straight as a Circle

ive just started reading gamecola recently but once i did i went thru every issue to read everyone of your comics.  they are hilarious!  keep up the good work man!  i showed the one with the glasses kid and the girl with the gun to my freinds and they thought it was a pisser… anyway, keep up the good work man and im looking forward to more.  thanks!

To all of you:

The site is great!  I have subscribed for a while now, not exactly sure how long, but I love how you cater to both the new and/or casual gamer, and the hardcore and/or old-school gamer without really offending either.  Your reviews cover many genres and time periods and do not reflect your reviews based on what is available today (at least for the graphics) but as to what else is available on the system it is being played on.  Thanks for being neutral and unbiased in your reviews.  It is truly refreshing.

Keep up the good work. 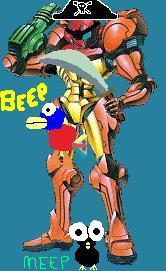 As a public service, i request that you include this poster in your next issue of gamecola.  do not fall prey to the evils of the rabid chipmunks. 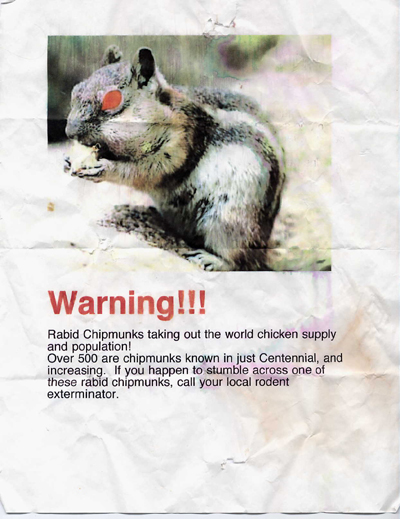 This is a balsa foam sculpture.  In case you couldn’t tell, that’s a Jigglypuff at the top, Kirby in the middle, and Yoshi at the bottom.  It’s a scene from Super Smash Bros. Melee. 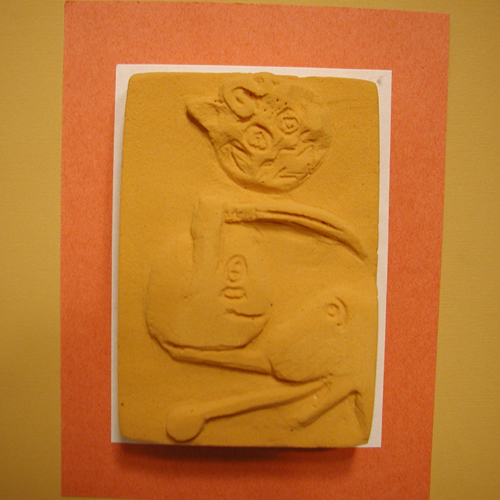