First-person shooter, real-time strategy, sports, action, puzzle. These are just a few of the genres that every videogame falls under.  Sometimes, however, these don’t tell the whole story.  To call Katamari Damacy just a “puzzle game” is to overlook its charming ridiculousness.  To call Zombie Nation a “shooter” ignores the fact that the point is to control an inexplicably large, disembodied zombie-head that destroys cities while simultaneously saving the people whose city you are in the process of destroying.

Genre labels have their purpose, but sometimes they overlook important quirks.  That’s where I come in. 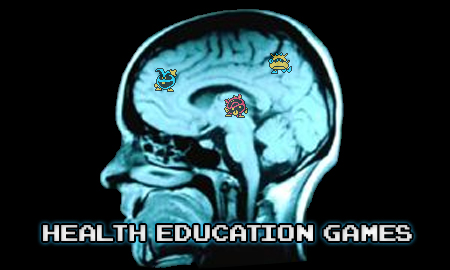 A game’s Informativity score does not factor into its overall score; Informativity is merely an indicator of whether the game is actually helpful from a health-education standpoint. 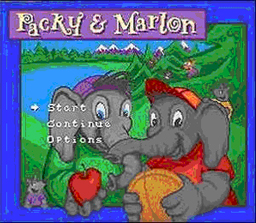 What better way to teach your children about their diabetes than to let them play a crappy SNES game in which they help an elephant avoid sweets and collect healthy snacks?  If you said, “Talk to them about it and then let them go back to playing fun games,” you win.

Packy & Marlon has you guiding a young elephant around “Camp Wa-keee,” searching for healthy food and diabetes supplies.  Before we continue, I’ll give you a moment to decide whether the name of the camp or the game’s premise is lamer.  OK, moving on. 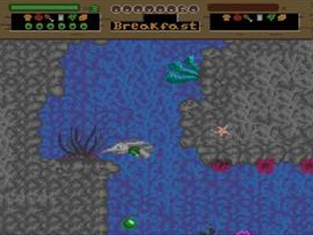 The music in this game is minimalist to say the least, and parts of the already anemic score cut out when you do anything that requires a sound effect.  Graphics are sub-par even for some of the crappiest SNES games.

The game does let kids know what foods are good for them and gives them some basic information on managing their diabetes, but it would probably be easier for everybody if you told the kid “don’t eat Pixie Stix or you will die” and left it at that.

Sorry to kick you, diabetics, when you’re down, but this game is aimed at you too. And, I’m sorry to say, it’s even worse than Packy and Marlon.

Captain Novolin is yet another “avoid unhealthy foods and get diabetes management advice between levels” game which, judging from the large-sized character sprites the game uses, looks like it should have been released for the Turbografx 16 (see China Warrior for a good example of what I mean). 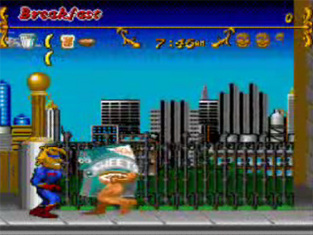 Ginormous sprites combined with the unresponsive control of Captain Novolin (who looks a bit like “Malibu” from American Gladiators) makes avoiding your enemies frustratingly difficult (especially in the case of a large cookie that shadows your movements in the second level) and is more likely to fill diabetic children with hopeless despair as they lose time and time again rather than instilling in them an appreciation for managing their disease.  However, after playing this game long enough kids will surely be praying for the inviting hands of insulin shock to usher them lovingly into the hereafter anyhow.

If anti-smoking lobby Truth remade the movie Innerspace while chugging a can of Surge and BASE Jumping, the result would probably be similar to the plotline of Rex Ronan: Experimental Surgeon. 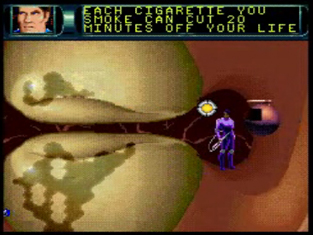 Rex is shrunk to a microscopic size and ventures into the body of his patient to clear out the damage that smoking cigarettes has caused.  He must use caution, because the ever-so-evil Blackburn Tobacco Company has sent micro-bots into the patient’s body to destroy Dr. Ronan, successfully covering up what is common knowledge to anybody with a brainstem: Smoking is harmful.  These micro-bots resemble Skylab, an electric toothbrush, the little robots from *batteries not included and the ED-209 from Robocop.

Through the game you’ll be presented some trivia in the form of “smart bombs.”  Decide whether a statement the “smart bomb” gives you is true or false and if you’re right then all the enemies on the screen will blow up.  Don’t worry: You won’t have to study up. Just answer whichever way makes smoking sound horrible.  Even if the statement is “Smoking has been shown in clinical tests to make your genitals explode,” just assume that the answer is “true.”  Predictably, the “smart bombs” avoid such statements as “Smoking makes you look totally bad ass” (true) and “Smoking is a great way to get extra breaks at work” (true).

Control in this game is about as responsive as Terri Schiavo at a comedy club, and you’ll find that the backgrounds move faster than the game sprites can keep up with—truly an earmark of any well made game.

The game tries to inform, but it only presents well-known facts and stale old anti-smoking propaganda in a goofy mid-90’s “X-treem” package 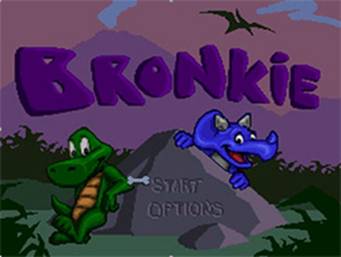 The dinosaur planet was covered with ash and dust due to a meteorite, which also caused asthma in all the dinosaurs.  Thanks to some large fans the ash has been rerouted into the upper atmosphere, and the dinosaurs can now breathe freely.  That is, until some evil-for-no-reason T-rex decides to go off and bust up the fans.  Now the dinosaurs will have to live in dusty, dusty terror.  That is, unless Bronkie: Health Hero can save them. 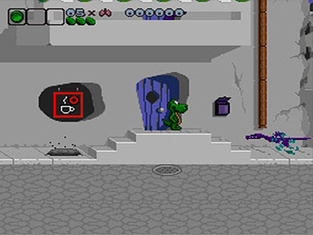 Rivaling Rex Ronan for ridiculous plotlines, Bronkie teaches kids how to manage their asthma while avoiding an impending space-dinosaur attack.  Along with other ne’er-do-well dinosaurs, your enemies include cigarette smoke and even bags of dust. Because apparently, in the asthmatic dino planet, they like to bag up their dust and dump it haphazardly on the street.

Fail to manage Bronkie’s asthma properly and your screen will get darker and darker until it becomes very difficult to play this already crappy game.

Bonus for easily amused stoners: It totally looks like Bronkie is taking bong hits when he uses his inhaler between levels.

For the sake of your own health, that’s it.  Only four games this month, and now that the list is over I’m almost certain I can hear children with Lupus thanking their lucky stars that nobody made a terrible game that they’d have to play.

At the top of this healthy heap is:

Ah, Rex Ronan: Experimental Surgeon: The game that pushed the limits of videogame technology and dared to capture all the fun of picking your teeth while shooting large water-piks at robots and posits that cool, future-doctors will be wearing violet spandex jumpsuits.  Just like last month’s winner, this game is still a steaming pile of dung: It just sucks slightly less than its peers.

Indie games—get 'em while they're hot!