But wait! I write about ten things, while Eric only writes about five. That means I do twice as much work as him!

Right, so, this month I’m going to talk about Donkey Kong 64. 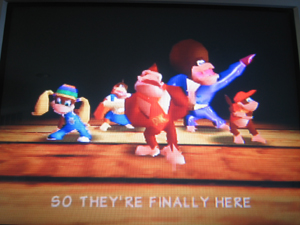 The Donkey Kong gang takes it to the fridge.

Donkey Kong 64 starts off with all the characters performing in a rap video. Normally, I don’t like rap music, because the music hurts my ears and I can’t understand what the singers are saying, which, as it turns out, is usually just a bunch of curse words. But the DK rap ROCKS MY SOCKS, and if you haven’t already, watch it! 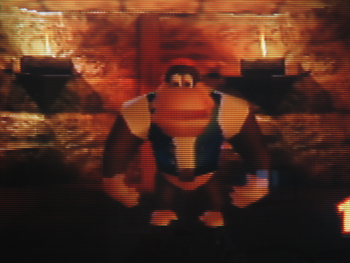 One of the cooler secondary abilities of this game is Chunky Kong’s ability to become bigger. What you do is jump in a barrel, and Chunky magically becomes three times bigger. Then he can plough through all the levels without getting hurt for a limited amount of time. A pretty awesome invincibility mode, if you ask me. 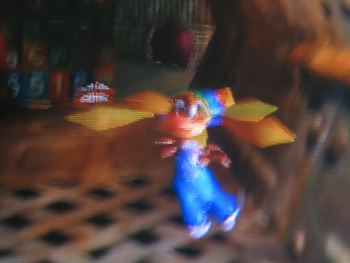 Another cool secondary move is Tiny Kong’s ponytail twirl. See, Tiny has two big ponytails coming out of her head, as opposed to Diddy Kong, who wears that red cap to cover up his bald spot. So what does Tiny do with her hair? Besides hitting enemies with it, she can jump in the air and twirl around so her ponytails act as a helicopter. I know that sounds like a drug-induced idea, but it’s actually pretty awesome. 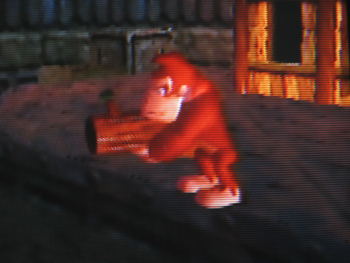 4. Donkey Kong is Armed and Dangerous

Normally, Donkey Kong is a pretty peaceful guy who’d rather eat bananas than fight; but, in this game, he’s a card-carrying member of the NRA. Yes: Donkey and his friends all have guns here.

Of course, the guns are G-rated and shoot harmless things like grapes, peanuts and feathers instead of bullets. But, there are also two not-so-harmless guns—the bazookas that shoot coconuts and pineapples. A bazooka that shoots pineapples? Good thing those don’t exist in real life. 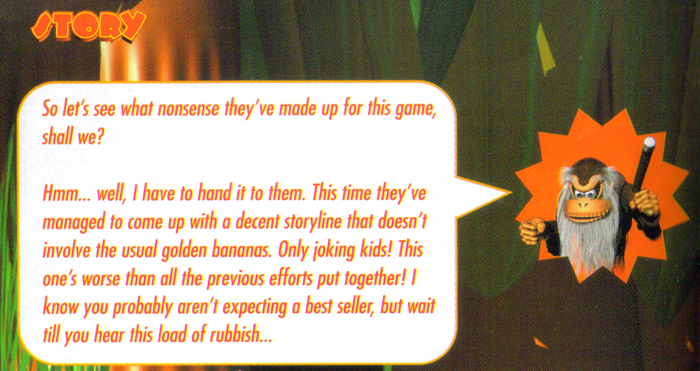 Cranky Kong is Donkey Kong’s father, and he’s just as cranky as his name indicates. Throughout the game, he constantly insults Donkey Kong and his friends for being stupid and useless. Normally that’d be annoying, but Cranky is actually kind of funny. For an example, check out the above excerpt from the game manual. The entire manual is like that, and it’s pretty good, so if you haven’t read it, make sure you do.

I originally wanted to pick a few particular characters, like I did with Cranky, but there wasn’t enough room, so I’ve lumped them all together. Here’s the quick version of why I like them, from left to right:

In early 2010, Google introduced a Transcribe Audio feature to YouTube that translated all speech in a video into useful captions mangled the heck out of my Mega Man videos, telling my viewers that "w