Hey everyone! Welcome to The Ten Reasons, the article where I discuss ten reasons why I like or dislike a game. This year, I’m trying a completely new strategy when it comes to writing this column. From now on, this column will be more inclusive, and, therefore, longer.

This year, I’m starting off with a discussion of The Legend of Zelda: Twilight Princess. This is the first part of a three-part column. See what I meant about this column being longer? 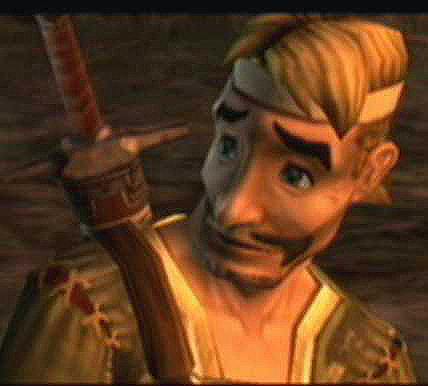 Twilight Princess is a masterful game, but I don’t know who the hell was in charge of the cutscenes. They are totally crazy, and everything I talk about this month, besides the hawk, is taken from one of the game’s cutscenes.

The game starts off with a homoerotic cutscene in which Link and his good buddy Rusl are sitting together near a pond, talking about how magical the twilight is. Yeah, that’s right: Nintendo decided to start this game with an all-male rendition of “Can You Feel the Love Tonight?” Bold move. Bold, bold move. 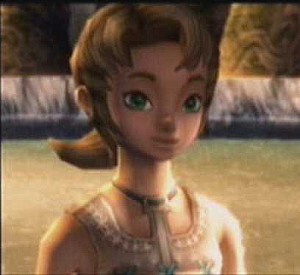 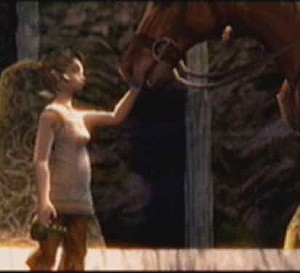 For the first time in a Zelda game, unless I’m mistaken, Link has a definite girlfriend, Ilia.

Ilia’s not exactly the best girlfriend, seeing as she yells and bosses Link around a lot. Plus, it’s obvious that she only likes Link for his horse. But still, I like the idea of Link having an official girlfriend. At least, it’s better than in Ocarina of Time, where Link had five potential girlfriends, and we never found out which relationship became “official.” 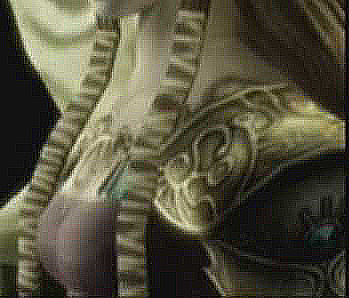 I’ve done filming before, so I know how cameramen can be a problem. You ask them, “Is there enough light in this scene?” and they say, “Yeah,” when, in fact, the scene is so dark that you’d need a lighthouse beacon to see any of the characters. Also, when you give them a specific instruction like “make sure there’s enough light,” they spend so much time worrying about that one instruction that they make a humongous goof, such as forgetting to keep the characters in frame.

So I know exactly what happened in the cutscene where Zelda surrenders her kingdom to Zant. Because he wanted to build up suspense about what Zelda looked like, the director told the cutscene person to make the shot from the neck down. “Make sure that no one sees Zelda’s face in this scene,” he said (in Japanese). “That’s absolutely necessary.”

So the cutscene guy spent his time worrying about keeping Zelda’s face out of frame, and, because of it, accidentally made a huge goof. Due to the specific angle of the shot, you do not see Zelda’s face. Instead, you get a heaping helping of Zelda’s boobs, as if this is a perv game, not a Zelda game.

I laughed when I saw this scene. What a typical cameraman goof! 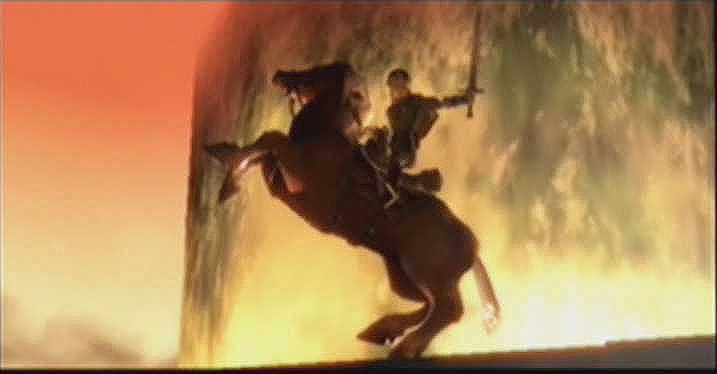 After Link fights with King Bulbin on a bridge, he stops for a moment to do a completely unnecessary badass pose while triumphant music plays. 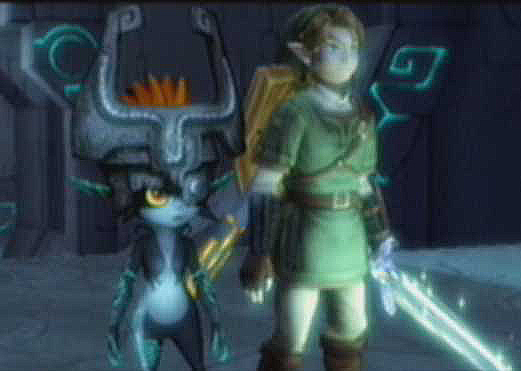 One thing I like about this game is that Midna and Link are paired up, and they look pretty good together. I know it’s a little thing, but if you’re going to have two main characters, make sure they look good together. Nintendo did this with Zelda and Link in Wind Waker, and they did it again in this game. Good job.

6. Zant is a Freakazoid 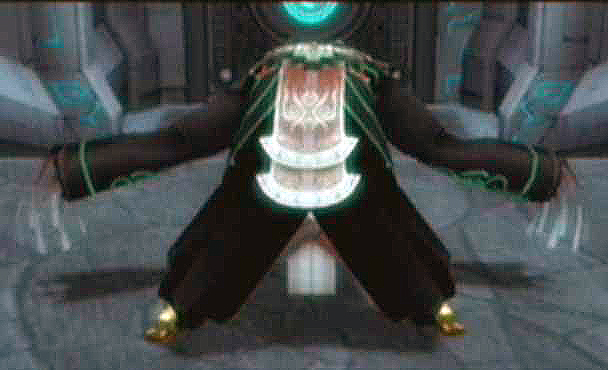 The mainish bad guy in this game is Zant, who’s a pretty creepy evil guy for most of the game. But at the end of the game, when Link confronts Zant for the first and last time, Zant throws aside his large helmet mask and reveals what he truly is: a freak.

Yep, Zant pulls out a big barrel of weirdness here, twisting his body into grotesque forms, running around madly, and whooping like a girl at a Backstreet Boys concert. Way to ruin the evil aura you set up during the rest of the game, Zant.

Also, I especially like how he claims he can’t die, shortly before he dies. 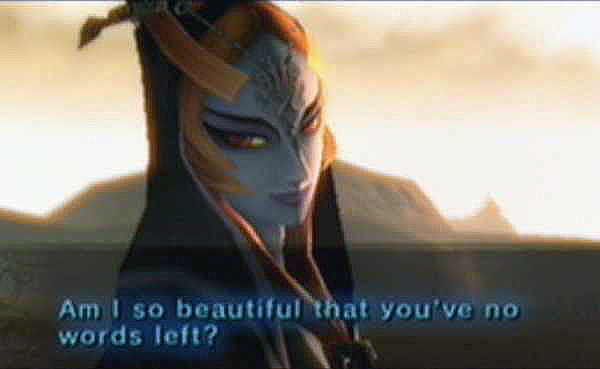 No, Midna, you haven’t made Link speechless. In case you haven’t noticed, he never talks.

At the very end of the game, after Ganondorf is defeated, Midna reverts to her true form as the Twilight Princess, as opposed to the Imp form she’s had for the entire game.

My sisters made fun of Midna’s true form the moment they saw it, but forget them—I kinda like the real Midna. Glad to see she’s not really an evil little demon creature. 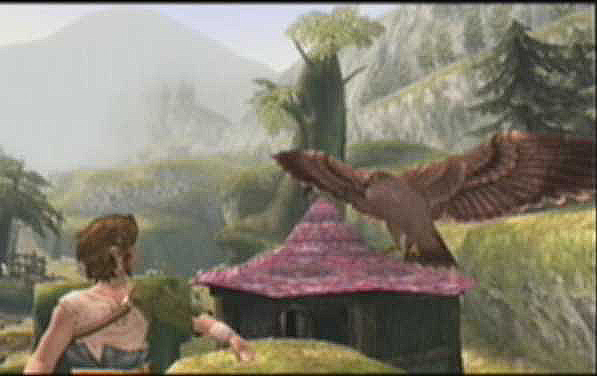 At the start of the game, Link is a falconer who can use a hawk to attack enemies or retrieve faraway objects. It’s totally awesome, and I was so psyched about Link’s cool falcon powers that I came up with a name for the hawk: Tobias, after everyone’s favorite red-tailed Animorph.

Needless to say, I was crushed when I learned that Link’s falcon powers are only used once in the game, and never again. That SUCKS. Why is it in the game if it’s never used? What a waste! 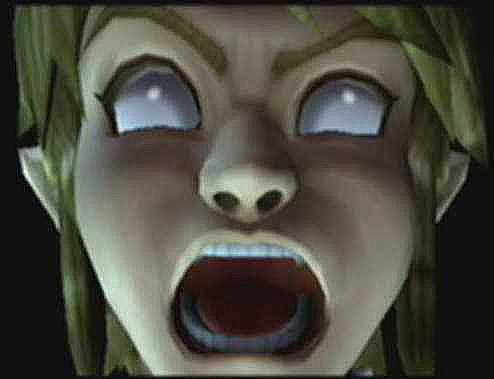 When Link frees the last Light Spirit, he then participates in the freakiest cutscene I’ve ever seen. In the cutscene, Link’s girlfriend somehow becomes possessed and tries to kill him, but he kills her first because he’s possessed, then he gangs up with Dark Links and kills himself and then hundreds of Ilias fall upside-down from the ceiling.

It is completely confusing, and also completely freaky, and if I ever had dreams, they’d be nightmares because of this cutscene. Watch it and see what I mean. 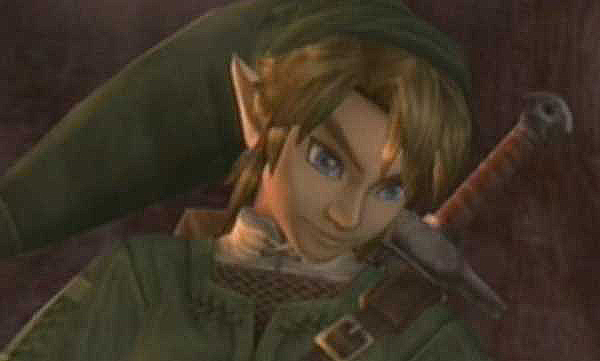 Some gamers are slightly upset that Link never talks or shows pretty much any emotion in his games. I can understand that, but I don’t agree with them that Link should show emotion.

Why? Because in this game, he does. He gives a big smile, which is supposed to show that he’s happy, but instead, it looks freaky. I mean, look at it. Is that the best smile he can give? He looks like he just got fired, and not like he’s smiling happily.

If that’s what Link showing emotion is like, then please, Link, do me a favor and NEVER SHOW EMOTION AGAIN.

So those are the first ten reasons why I like/dislike Twilight Princess. Look for Part Two of my discussion next month!