Hey everyone! Welcome to The Ten Reasons, the article where I discuss ten reasons why I like or dislike a game. This month, I’m going to conclude my three-part series on The Legend of Zelda: Twilight Princess. (Click here for Part One and here for Part Two.) 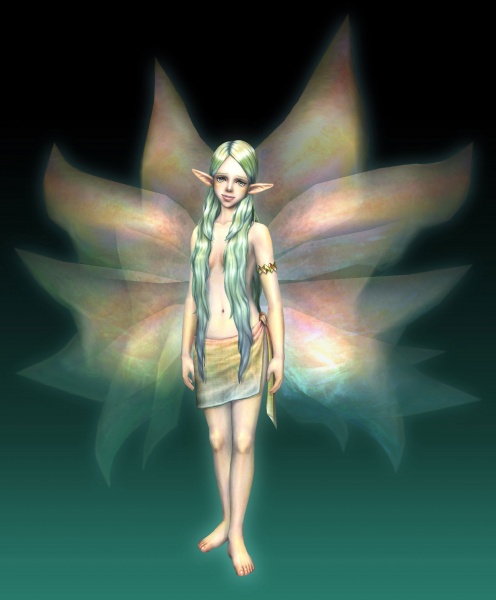 I want a full-sized poster of this for my wall.

I’m sure most people will remember the great fairies from Ocarina of Time and Majora’s Mask, who were very pretty, and, as some guys say, incredibly hot, especially since each one did a different pose. Well, it turns out that there are equally pretty great fairies in Twilight Princess, although they’re so hard to find that I didn’t know they were in the game until my third time playing through.

What more can I say about the Great Fairy? Fairies are cool. I mean, just look at that picture. She’s an utterly awesome fairy. Much better than, say, Navi. 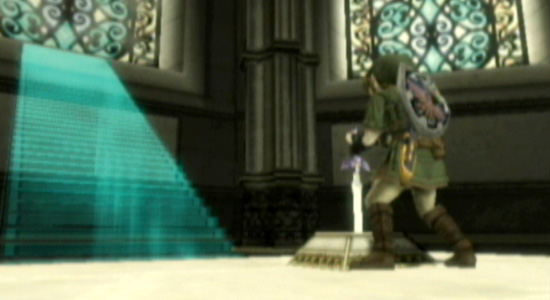 Speaking of Navi, I like how there is a part of this game that recalls all my Ocarina of Time memories and beats me over the head with them. Link places the Master Sword in the Pedestal of Time, after gaining magical entrance to it through the Temple of Time? I half expected to see Link turn back into ten-year-old Link and run off to find Saria in the forest. 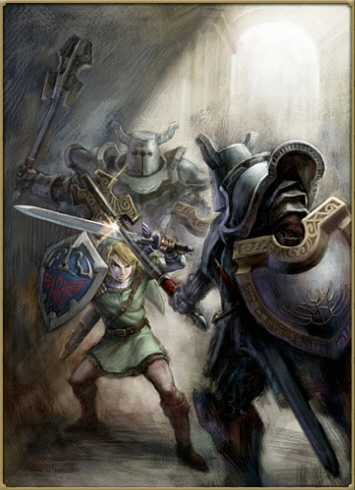 At the end of the game, you go up against four different Darknut fights. Darknuts are really difficult enemies, and I love fighting them and absolutely kicking ass. Good times. 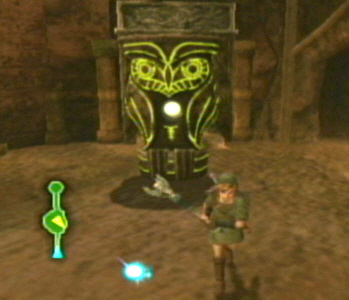 Note: Not a real picture of the statue I’m talking about.

In the Temple of Time dungeon, you have to lead a statue all the way from the top of the dungeon to the bottom. That’s taken straight from the Tower of the Gods in Wind Waker, and I love it. Hanging around with statue buddy is one of the cooler parts of the game, and I was sad that I had to get rid of the statue in order to beat the dungeon. 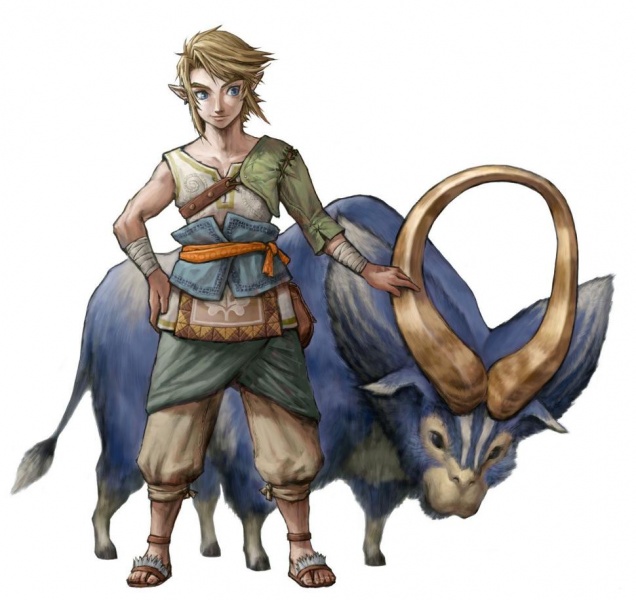 You have to do goat herding at the beginning of the game. It should be a kind of fun minigame, but it’s not. It sucks, it takes forever, and it’s totally unnecessary. Boo.

Zelda fans are totally enthusiastic about fishing for some reason. I admit it was kind of fun in Ocarina of Time, but I think people went a little overboard with how great it was.

So, of course, Zelda fans went totally crazy when they heard you could fish in Twilight Princess. I was a little excited about fishing in the game, too. But when I finally got the game and started fishing, I was immensely disappointed.

Fishing in Twilight Princess—let me make this absolutely clear—SUCKS. All you do is press the C-down button to cast a line, and press C-down to pull in a fish. There’s no excitement or involvement anywhere. All you do is push a stupid button, and that’s all there is. Compare that to fishing in Ocarina of Time, where you could push at least three buttons while fishing.

I haven’t played the Wii version of this game, but I’m hoping that fishing is fun on the Wii. GameCola readers, please tell me if this is true. 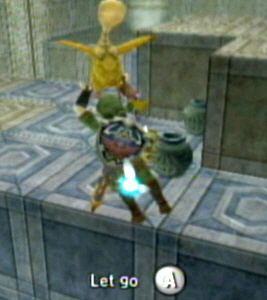 One of the new species presented in this game are the Oocca, strange chicken things with protuberant nipples. Their inclusion in this game is, well, really freaking weird. I know some people like them, but I don’t. I’m not sure why, but they rub me the wrong way. 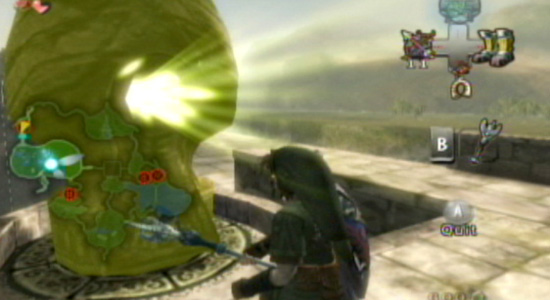 One thing I like about Zelda games is that they’re not just series of dungeons after dungeons, but, instead, you actually have to do something in between finishing one dungeon and starting the next. Sometimes it’s fun adventures, like saving Colin or beating the Gormans in a race, or even—dare I say it?—mini-dungeons.

Well, in the second half of the game, there’s an equally bad in-between dungeons section, in which Link has to act as a messenger boy and run all the way across Hyrule and back (and back again), just to deliver messages that people are too lazy to use the mail for. I didn’t like that part of the game at all, even though the Hidden Village fight is pretty cool. 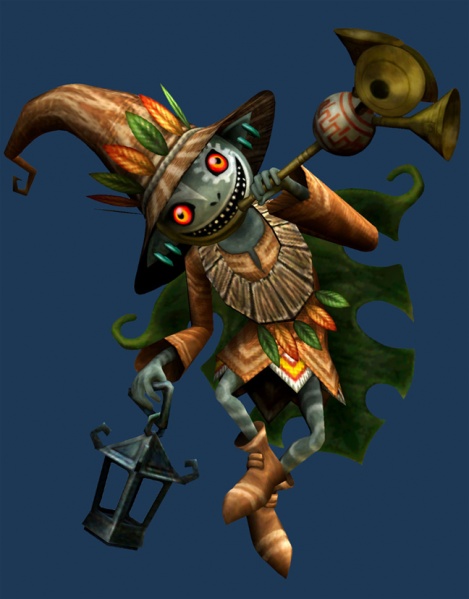 Twice in this game, you go on a long chase after the Skull Kid. These chases are totally awful! It’s nearly impossible to know what to do, and it’s not any fun whatsoever. I’m sure most of the people who played the game will agree with me. Right? Right. Stupid Skull Kid.

10. Talo and Monkey are Kidnapped for No Reason 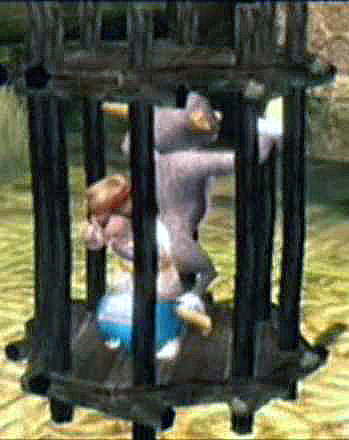 On the third day of the game, a boy named Talo and a monkey are kidnapped and locked in a cage in front of the Forest Temple. A lot gets made out of this, and when I played the game, I wondered about it why this happened. After all, locking a kid and a monkey together in a cage is a really strange thing to do. Who did it, and, more importantly, why?

Sadly, there is no answer to those questions. The game never tells you who goes out of his way to kidnap a child and a monkey and lock the two of them inside a cage outside a temple. That gets thrown away as a loose plot end, just like Midna and Zelda’s first meeting. Ugh. I don’t like loose plot ends, especially really weird ones that practically beg for an explanation.

Thus ends my three-part discussion on Twilight Princess. I’m signing off for this month, and next month I’ll be back with another game to discuss. See you then!

And seriously, I really do want a poster of that Great Fairy. That picture is awesome.

I overheard these children in my school's gymnasium the other day discussing just what makes a game an RPG, and it kind of made me laugh. To them, a role-playing game is a game in which you name your ...