Hello everyone, and welcome to Inside the Guide, the only column in GameCola that discusses writing guides for videogames. This month, I’ve got a stupid gimmick super-cool format: The entire column is done in RPG style.

The Final Fantascene Legend of Michael:
The Quest for Pajama Sam

In the far-off kingdom of California, because RPGs always take place in far-off kingdoms, there was a man named Michael Gray. He wrote guides for videogames, and all the ladies of the kingdom loved him very much, except for Hilary, who told him not to talk to her anymore, even though he soooo wasn’t even going to.

One day, Michael decided to check his e-mail. LO AND BEHOLD, he got a message from a woman who, unlike Hilary, was not totally full of herself. In fact, the e-mail was from a damsel in distress:

I am Mrs. Ubrahas Dada from the northern part of burkina faso. I am the manager of Bill and Exchange at the Foriegn Remittance Department of BANK OF AFRICA,(B.O.A.) In my department we discovered an abandoned sum of USD $112380913280913280129381023981230.3 bajillion million gazillion dollars. It belonged to one of our imaginary foreigner customers who died in a plane crash, and we have decided to give it to you, totally free, provided you are stupid enough to fall for this scam. So please send me your name, address, social security number, pet goldfish, and that new Spongebob DVD, and I will give you all of the money in my bank.

Wait, that’s the wrong e-mail. We meant to put up the e-mail about Pajama Sam: Life is Rough When You Lose Your Stuff.

Hi, my 8 year old son has been using your cheats and believe me they have saved him a lot of frustration. Thank you for the help. We have a new question. After obtaining the ice cube to take to the cave to get the lollipop — we go to the slingshot but can not get it to work, what is the trick. If you are able to help i know he would appreciate it very much…..

Michael jumped up and shouted, “A quest! I shall take this quest! This most noble quest to aid a maiden in need!”

Unfortunately, Michael doesn’t know who the mayor of his town is, so he went to see the next best thing:

“Your quest is doomed. The first rule of RPGs is that the main character must either have amnesia or be fighting to avenge his father’s death. Since you are neither, you will fail.”

“What is the second rule of RPGs?” Michael asked.

“There must be many hot babes, because only super-nerds play 70-hour games.”

Michael took Abraham’s advice and went to a dance party with Malon and Saria from Ocarina of Time: 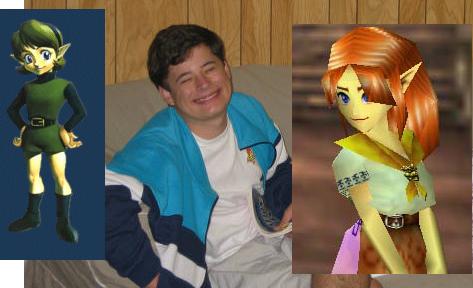 Unfortunately for Michael, Darunia the Dance Masta showed up on the scene:

Having been outclassed by Darunia’s old-school skills, Michael had no choice but to go home and work on that Pajama Sam quest. He decided to make a video of what to do, so he downloaded some capture software, got his microphone ready, put the CD into his computer and…. 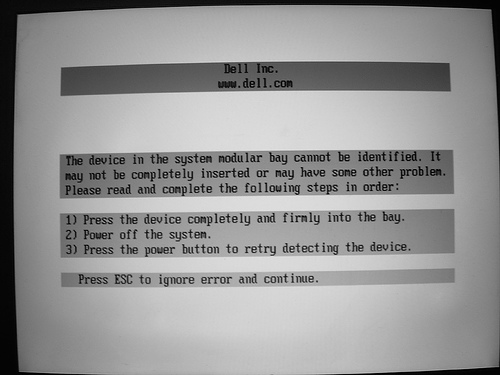 No. No! NOOOOOOOO!!! The CD drive broke! Damn you, computer! How is Michael going to complete his quest and have some Pajama Sam goodness?

Thoroughly dejected, Michael apologized for his inability to help. Little did he expect this response:

Thank you so much for getting back to me! We finally figured it out and finished the game. We didn’t notice the path (which was plainly in view!! ( : ) until after I had emailed you. Thanks so much for your help and the time you’ve taken to make such excellent walkthroughs! We really appreciate it!

Well, the woman was happy, even though Michael didn’t really do anything to help her. Having thus finished his pointless quest, and having written his pointless column, Michael went to sleep. The end.

Those with more money than sense are the proud owners (and subsequently 'dis-owners') of the Nintendo 3DS. I do not enjoy taking a stroll into town and getting a StreetPass hit from some delinquent wh