Pink is for Girls

After the seriousness of last month’s column, I thought I would take a step back this month and look at something a little bit lighter. After debating several possible topics, including “Why I Will Never (Ever) Play War Games” and “Shockwave is a Bitch,” I decided that it might be interesting to take a look at one of my experiences with gaming as it relates to my, ahem, femininity.

Anyway, you all know that for the purposes of this column, I generally define myself as a casual gamer-type person who also happens to be a girl. And, oh, I am a girl. I giggle and gossip. I hate sports and I think kittens are adorable. I may not wear makeup on a daily basis or fully understand the meaning of the term “cute top,” but I do know the value of a hair clip, a low-cut shirt, and a pair of heels. And while we’re talking fashion, I also have some very nice skirts, and I know how to work a little black dress. I like to think I have a relatively feminine sense of style. 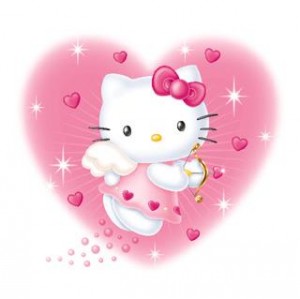 That said, the one thing that I flatly refuse to wear, in public or out of it, is pink. It’s a little bit too girly, even for me. In fact, despite the banner for this column, I am pretty sure I have never even owned a pink teddy bear. Frankly, I tend to shy away from the color whenever possible. Maybe it’s a pseudo-feminist thing. All I know is, it’s not for me. Those nurses may have stuck me in a little powder pink jumpsuit back in the days when I was frequenting the maternity ward, but I like to think that my hands were tied on that one.

Unfortunately for me, when I received my first portable gaming system a few months ago, my color preferences weren’t exactly taken into account. My boyfriend and I had recently spent about a week huddled over his Nintendo DS and playing one of the Phoenix Wright games. Noticing my interest, and probably wanting to encourage any budding gaming tendencies, my boyfriend figured that it was time I had a DS of my own. So, unbeknownst to me, he snuck out one day and bought one for me.

Now, as sweet as the idea was in concept, giving the actual gift was a little tricky, because my boyfriend can’t keep a secret to save his life. Example: If he had tried to hide the box in his sock drawer in the hopes of holding out until my birthday/Christmas/St. Patrick’s day came around, he probably would have caved and let the proverbial cat out of the bag within a day and a half. So, in the end, he decided to call the DS a “just because” present, and prepared it for immediate gifting. When he returned from the store, he popped the game in the kitchen cupboard and waited impatiently for me to come home from work. He pretty much pounced the moment I walked in the door. “Baby, we’re having soup for dinner!” he giggled, excitement sparkling in his eyes. “Can you go grab some bowls for me?”

Confused but intrigued by his manner, I walked over to the kitchen cupboard, opened it, and took some bowls out. I closed the cupboard and looked at him. He had a very funny expression on his face. Realizing that I must have missed something, I quickly opened the cupboard again to double-check. More bowls. I looked at my boyfriend, perplexed, and shrugged. What the hell was so special about bowls?

By this point, he was pretty much hopping up and down with excitement and frustration. “Baby,” he exclaimed, “look up.” I did as instructed. There, just above my eye level (we both had momentarily forgotten that I was short), were two boxes. One contained a copy of Animal Crossing: Wild World, and the other held my Nintendo DS. My pink Nintendo DS.

So, ever since, whenever I have pulled out the game cards for Animal Crossing, Phoenix Wright, or Cooking Mama, I have played them all on my—pink—DS. Fun though the games are, it feels a bit like I’m playing on the little cotton candy-colored nail in the coffin of my non-girly sensibilities. Recently, though, I unexpectedly got my revenge. Last week, my boyfriend’s DS, which is a nice, respectable white color, broke. As he was in the middle of some Pokémon training, he wasn’t exactly in the mood to put things on hold until he could replace it. I offered mine for his temporary use, and he accepted. So these days, if you come over to hang out with us, what you will most likely see is my 6-foot-tall boyfriend playing games on my girly DS, while I tool around the Internet on my laptop. Which, by the way, is not pink.

A stupidly-named place for game music without a game whose music to be. So welcome to the introduction to this crappy thing. Introducing the introduction is like, meta-filler. Suck it. Here for your i