Hello everyone, and welcome to Inside the Guide, the article that gives you a behind-the-scenes look at the art of making guides for videogames. Some of you may remember that last month, I Irished up the article in honor of St. Patrick’s Day. Well, apparently, I shouldn’t have done that, because I offended some of our Scottish readers. One in particular, a Mr. Haggis McBagpipe, told me that I had shamed his country by ignoring it, and that I would surely be destroyed when Scotland takes over the world. 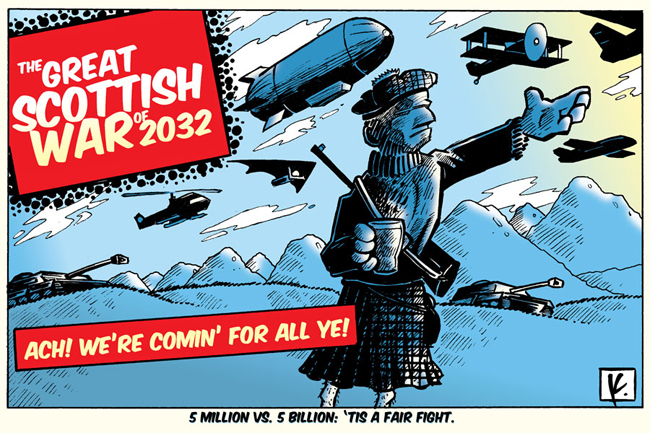 So to keep the other major Gaelic race happy, this month I’m talking about DuckTales. Starring the ever-Scottish Scrooge McDuck.

DuckTales is an awesome game, based off an awesome TV show, in the days before all licensed games were crap. With good platforming, loads of hidden treasures and unique pogo-jumping controls, “awesome” is definitely the right word to use when describing this game.

But is “awesome” the right word to use when describing my guide…? Not so much.

See, I wrote this guide five years ago, and looking back at it now, there are some things I did in this guide that I would not do nowadays. So here’s a brief retrospective.

When I wrote this walkthrough, I thought every guide had to have a story section. This is a problem when it comes to NES games, because half the time they have no plot whatsoever, and the other half of the time, you don’t have the manual. Which means I was stuck writing a story section when I didn’t know what the story was.

In the end, I made up the most general storyline I could think of:

Uncle Scrooge, the world’s richest duck, is going off on a
treasure hunt.  Cool!

…Looking back now, I’m pretty sure I didn’t need a separate section just for that thrilling plot recap.

For those of you who don’t know, some guides have a controls section, which lists all of the game’s possible moves. This is important for tricking the people who play Super Smash Bros. Brawl into thinking that there’s more to the game than just random button mashing.

Of course, control sections are overkill in NES games like DuckTales, because they all pretty much have the same control scheme. A = jump, right = move right, and so on. It was quite unnecessary, and I certainly didn’t need to list “attack left” and “attack right” separately. There is a payoff, however:

Down: Scrooge “ducks”.  Only works if Scrooge is not in
front of something that can be climbed.

…Looking back now, I’m pretty sure that I needed a separate section so I could use that pun.

I doubt anyone but me really cares, but when you look at the excerpts of my guide that I put in this article, you’ll notice that I double-spaced after every period. Because, grammatically, that’s what you’re supposed to do. You need two spaces at the start of every sentence.

Only the stupid Internet doesn’t think that’s the case, and when I leave a humongous 50-space gap in my HTML, computers interpret it as a single space. Lame!

So I purposely put two spaces after every period in my guide, just because it’s common Internet style to use single spaces. That was my way of sticking it to the man, with GRAMMAR!

…I’m not sure anyone noticed..

I wonder what ruffled his feathers.

So that’s all I have to say about my guide for DuckTales. Curse me kilts if that wasn’t a great game.

Actually, one more thing about my guide. Check out the ASCII art I made for this puppy:

Made of dollar bill signs, no less. It probably took me longer to make that picture than it did to write the guide.