(Editor’s note: This article was originally published in the May 2009 issue of GameCola, back when GameCola was published in a monthly online magazine format.)

Welcome to “The Ten Reasons,” where I discuss ten reasons why I like or dislike a game. This month, it’s Part Two of my three-part discussion of Mario & Luigi: Superstar Saga for the GBA. This is probably the best trilogy that’s been created since that stupid Lord of the Rings trilogy. Who cares about oddly platonic hobbits throwing rings into volcanoes? Not me, that’s who.

Oh, and don’t forget to check out Part One of my discussion, if you haven’t already. 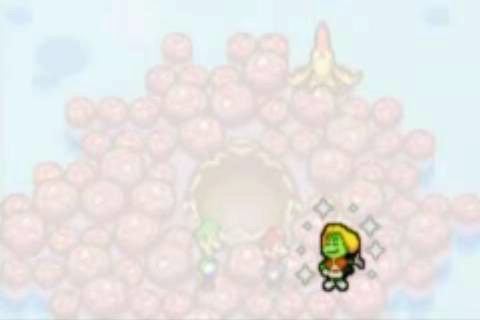 Prince Peasley is one of the heroes of the game. He always shows up, says some heroic dialogue, then lets his long hair flow in the wind.

Yeah, that’s right. His long hair flows in the wind. Much better than Mario’s hair, which, by the way, comes straight from a salon. Think about it: Mario has brown hair on his head, but his mustache is all black? Sounds like somebody has a dye job! 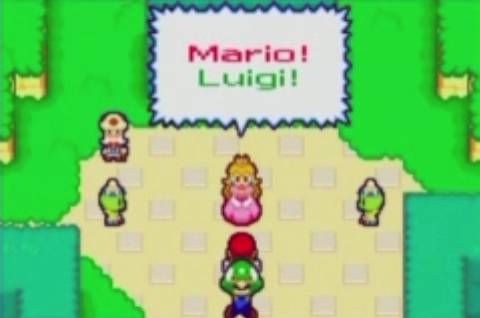 About halfway through the game, Princess Peach talks for the first time. But unlike the rest of the game’s dialogue, you actually get to hear Peach say, “Mario! Luigi!”

They may be cheap, low-quality sound bytes, but it’s totally amazing. It blew my mind that all of Peach’s dialogue is spoken, just like it is in Super Mario 64. Awesome!

3. We Should Be Together

This reason has been deleted to make the column more family-friendly. In its place, feel free to enjoy some classic Shirley Temple fun. 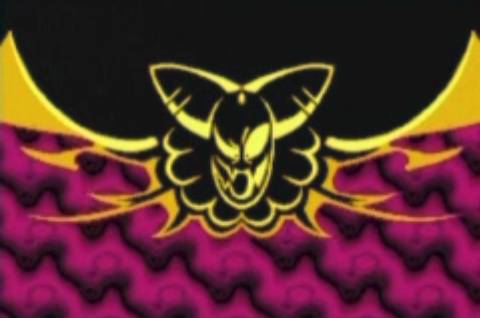 Something else I like about this game is Cackletta. She’s a really freaky-looking character, isn’t she? The game image designers did a good job on that picture. 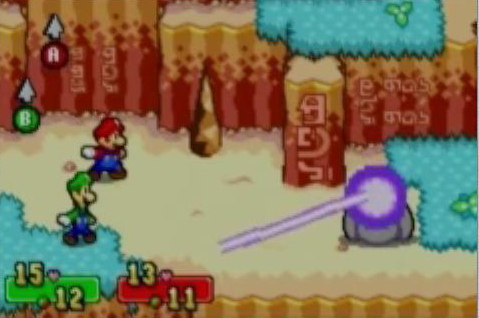 In response to last month’s column, Michael Ridgaway said that I have to mention the combat system. Specifically, he said, “You forgot to mention the combat system! Superstar Saga was the first RPG in a while that made me feel like an active participant in the battle, what with the ability to augment your attacks by hitting the button at the right time and being able to dodge enemy attacks.”

But then Paul Franzen said, “No way! That’s a reason to DISlike the game! I hate timed attacks…I always screw them up, and then I can’t get anywhere in a game because I can’t do them.” Checking the last question on a speedrunner Q and A of the game, I have to admit that Paul has a valid point about the timed attacks in this game being ridiculously hard to perform correctly.

So I listed this reason as “unknown,” because I don’t know if I should like it or not.

This will probably be mentioned somewhere else in this issue, but Zach Rich took over my column as an April Fools’ Day joke last month. And while other people took offense at what he said, I’m offended that he used my column to do it.1 Why couldn’t he have used another column, like The Gates of Life? Or Digital Championship Wrestling starring him versus the GameCola staff? That could have worked for Zach just as well, without having to hurt my poor baby of a column.

I understand that you feel overshadowed by your more successful older brother Richie, but please leave your family problems at home, Mr. Rich.

Oh, and Zach Rich’s momma is so dumb…

…She makes him look smart. 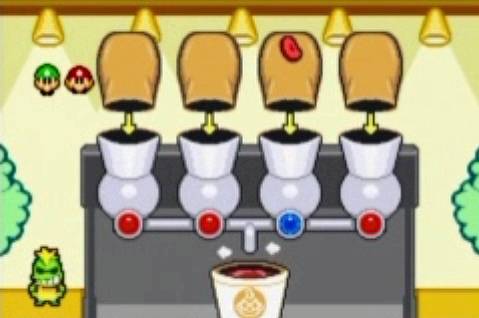 Here’s the problem, though: There’s no good system in place for collecting beans. All you do is pull a bean out of the ground if you see an X. There’s no challenge. There’s no fun. There’s no way to try to find the particular beans that you want, because it’s all random.

So even though the system of turning beans into stats is good, the system of finding beans—which is so random that it doesn’t even deserve to be called a system—sucks. Ergo, I hate the game’s bean system. Quod est demonstrandum. 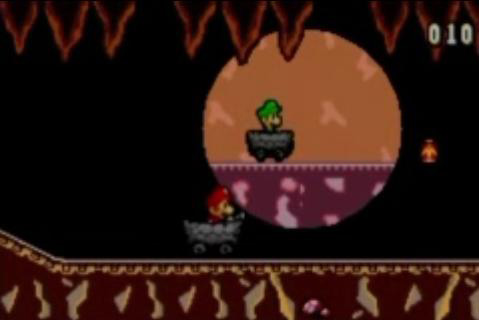 The carts minigame involves riding carts in the dark. Press A to make Mario jump and press B to make Luigi jump. Jump to grab diamonds and batteries for your flashlight, so you can see where you’re going. Somehow, it’s all just really, really boring. 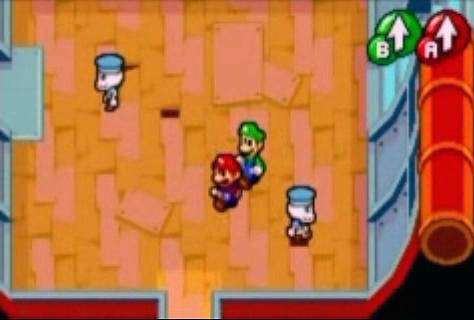 In this game, you have to board a land-locked ship that’s crewed by pirate skeletons. Sound familiar? Yep, it’s basically a scenario copy/pasted from The Legend of Zelda: Oracle of Seasons.

Come on, Nintendo. You can do better than that. 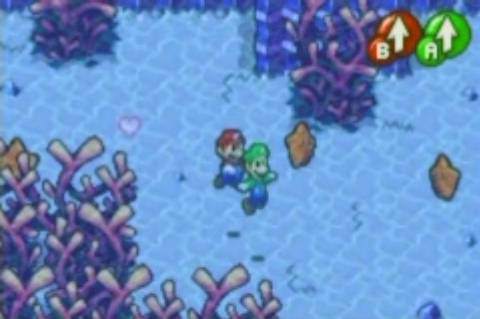 Is there any videogame that has swimming in it that doesn’t suck? I mean, seriously. Every game I’ve played with swimming in it has been totally boring.2 EITHER MAKE SWIMMING FUN, OR STOP PUTTING SWIMMING IN VIDEOGAMES.

That’s it for this month! Next month, this nonsense continues! See you then, folks!

2. The Zora mask in The Legend of Zelda: Majora’s Mask might be an exception to this general rule.