“All right, I’ll go over this one more time: get out your Deku Stick, run to the lit torch, set your stick on fire, then run to the unlit torch and light it.”

Tom had no idea how Alli could be so bad at Zelda. Puzzles that he had solved in under a minute during his first play through were taking her hours. He tried to let her solve them on her own at first, but after 15 minutes of watching Alli bang on a closed door with no effect, he decided to intervene. He began giving her subtle clues, but these only left her more confused and cursing at him for being “too damn cryptic.” After that, he would explain a couple of steps of the puzzle to her, thinking that once she got going she would be able to piece the rest together, but when Alli arrived at the spot Tom had led her to, she just stopped and looked expectantly at him. Finally, he just gave up and explained the entire puzzle to her from the beginning, but even then she had trouble grasping the concept.

It wasn’t that Alli was stupid; he knew from his experiences with her so far that this was far from the case. Instead, it appeared as if puzzles were just something she didn’t understand at a fundamental level. Whatever it was in his mind that made the connections between all the various puzzle elements just didn’t exist in Alli’s brain. For all of Tom’s efforts, he might as well have been trying to explain color to a blind man.

“OUCH! Goddammit!” cried Alli as the Deku Stick burnt out, scorching her hands as it was consumed. “This is IMPOSSIBLE.” 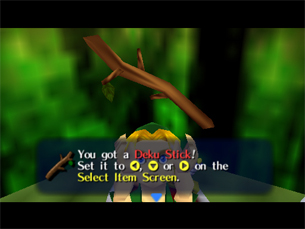 “No, it’s not,” replied Tom. “I and millions of other gamers can attest to that fact.” Tom was past the point of frustration; now he was just feeling sorry for Alli. “I’m guessing you didn’t play a lot of puzzle games growing up?”

“That’s none of your business,” Alli said defensively.

“Well obviously it is, seeing as how we’re both stuck in here, and you’re the only one who can play the game and get us out. I need to know what I’m working with if I’m going to help you.”

“I’ll get it eventually.”

“Alli, we’ve been in this same room for an HOUR. The last time I took too long in a game, I was nearly mauled to death by a horde of rabid Pokémon, and before that I was nearly sliced in two by a sentient Tyrant zombie. So unless you’ve been pulling my leg this whole time and are secretly also a whiz at puzzle/adventure games, you’re going to NEED MY HELP!”

“So apparently, she grew up with three ultra-competitive older brothers who would make her be their fourth in multiplayer games,” explained Tom.

“Huh,” said Rick. “I guess that would explain why she’s so good at multiplayer games.”

“If by ‘good’ you mean ‘able to serve me crushing defeat every time’ then yes, I suppose that would explain it. But here’s the downside: turns out those same brothers also hogged the TV the rest of the time, so she never got much time to play anything else, and whenever she did one of them would come in, insist she was taking too long, and take over.”

“Oh man, that’s like the worst sin in gaming.”

“So this is why she has never played nor understands Zelda?” 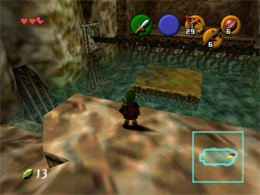 “I don’t know. I left Alli so she could calm down and try the puzzle by herself for a bit, but I honestly don’t think it’ll do any good. I’d offer to just do it for her, but even if I wasn’t afraid of her kicking my ass just for offering,  I seriously doubt it’s even physically possible.These puzzles were meant for someone much bigger than a fairy.”

“I wish there was something more I could do…”

“Yeah, I know. Any luck getting back into the system?”

“A little. I was able to upload a subroutine into the system that’s hiding my diagnostic tools, so at least I don’t have to worry about the system kicking me out right now. “

“Heh, nice. If only you could do something similar for Alli.”

“Even if I could, I think programming people is a little beyond my talents. I mean, I could try, seeing as how her mental functions have been digitized…”

“Still, that gives me an idea. I mean, in a way, Alli’s already been programmed, right? It’s just a matter of giving her the right ‘prompting.’ Eh? Get it? ‘Prompt?’ Like in a computer? Eh? Eh?”

“Tom, you might want to stick with Zelda and forget about the bad jokes.”

“That was funny, dammit. Anyway, watch this.”

When Tom returned, Alli had begun beating the torches, but this tactic was proving just as fruitless as her earlier attempts. Tom flew past her and, very carefully, hovered above the fire of the lit torch.

“Aw, is the poor little baby having trouble with the puzzle?”

“Oh, nothing. I was just wondering, is it the puzzle that’s hard, or are you just that terrible at videogames?”

“Or what, you’ll stand there and look confused at me?”

Alli swung at Tom with her stick, narrowly missing him but passing it right through the fire, setting the tip ablaze. All right, phase one completed, thought Tom. Flitting behind Alli, Tom then raced to the other side of the room while taunting Alli, beckoning her to follow. As expected, she charged after him with a murderous glint in her eyes.  Tom landed on the top of the unlit torch and, just as he had hoped, Alli took a swing at him with the stick, lighting the torch. A tonal melody filled the room, and the door sprang open. Yes, FINALLY, thought Tom, dodging another one of Alli’s blows. Better keep this momentum going, he continued, darting into the next room.

I really need to start thinking these things through, thought Tom. Alli had finally caught him, and she was exacting her revenge for a dungeon’s worth of taunting and teasing by wringing the life from his small, glowing frame.

“THAT’S THE POINT!” she roared.

“I got us through the dungeon ,” gasped Tom.

Using Alli’s rage and his agility, Tom had indeed managed to lead Alli through the entire dungeon. Whenever there was an enemy to defeat, Tom would fly right in front of it and provoke Alli into attacking him, dodging at the last moment so only the monster would be vanquished.  In rooms with puzzles, Tom would dart back and forth between the various elements, just as he had in the torch room, deftly manipulating his partner’s movements in order to move on. The boss fight had been particularly harrowing, as it required him to not only stay close to a giant, hideous monster, but to dodge more blows from Alli than he had during the entire dungeon sequence. He survived, but the moment of respite he took after the defeat of the Queen Gohma was all Alli needed to finally catch him. Fortunately, she seemed to be calming down. 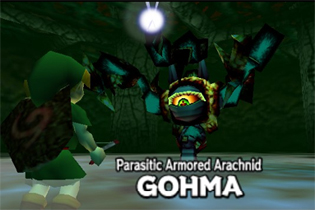 “Well, I guess you did,” said Alli, looking around and seeing the defeated boss for the first time, “even if you chose a real dickish way to do it.”

“So, is this it? Do we get to move on to something I can play now?” asked Alli.

“Hmm…nope,” said Rick. “Looks like you’re going to have to get through…three more dungeons.”

The audio sounds terrible now, but was it even acceptable back when the games were released?