In 2000, The Legend of Zelda: Majora’s Mask and Banjo-Tooie were released for the N64.  Normally, this would make it a banner year, but everyone ignored it because it was “too late” in the lifetime of the N64, and everyone bought the brand new PlayStation 2 instead. 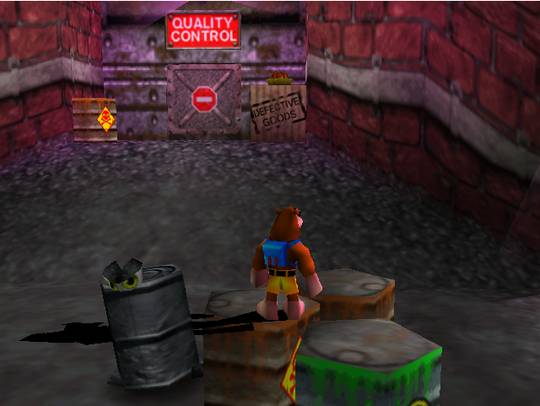 Too late?  Too LATE?  If they released Banjo-Threeie for the N64 today, I would still buy a copy!

So, basically, this was the year that two of the greatest N64 games ever were widely ignored.  Not a good year.  We should have let Y2K take this one.

In 2001, a bunch of new systems were released, including the GameCube, Xbox and GameBoy Advance.  You’d think I would have a lot to say about this, but you’d be wrong. For the first time ever, I am on top of the console race, with my personal copy of Castlevania: Circle of the Moon, which is still a great game.

Several good games came out in 2002, but you wouldn’t know it by looking at the best-seller lists.  In fact, the best-seller lists this year was dominated by Spider-Man.  Yes, a licensed game outsold Kingdom Hearts, Halo and Super Mario Sunshine.  What were we thinking back then? 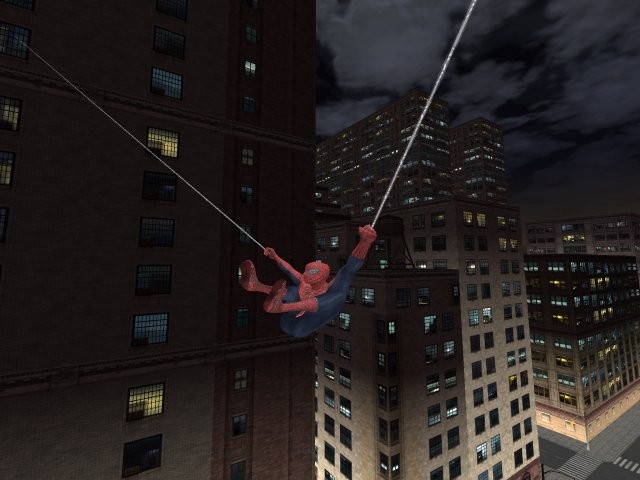 This is also the year where Microsoft purchased Rare.  Nintendo fanboys made a major stink about this, because Rare made pretty much made all the best N64 games, and without any games from Rare,  the GameCube might fail to have a decent game collection.  Looking back on these arguments, I think we can safely say that the Nintendo fanboys were 100% correct.

2003 was one of the best years of the decade. Just look at the list of games that were released this year, if you don’t believe me. There are classics like Beyond Good and Evil, Star Wars: Knights of the Old Republic, Splinter Cell, Fire Emblem, Prince of Persia: Sands of Time, WarioWare, Metroid Fusion, Call of Duty, Pokemon Ruby and Sapphire, Mario Kart: Double Dash, Devil May Cry 2 and, of course, Nancy Drew: The Haunted Carousel.

This is also the year Legend of Zelda: Wind Waker is released.  This is the first of six Cartoon Zelda games that get released in this decade.  I think we can safely say that the cliff-hanger at the end of Legend of Zelda: Majora’s Mask will never be resolved.

2004 had a hard time standing up to 2003, as most of the games that were released this year were sequels, like Pikmin 2.  Oh well.

Also, the Nintendo DS was released.  This definitely helps set the stage for what happens in…

Game development took a backseat as the focus shifted to new consoles.  This is reflected by the fact that the top ten best-sellers list contains three Star Wars games and five sports games.  The Wii, Xbox 360 and PlayStation 3 went through heavy development this year, and Microsoft wins the console race hands-down by releasing the Xbox 360, long before any of the other companies release their consoles.

Perhaps Microsoft released the Xbox 360 a tad early, seeing as it was outsold by the GameCube during the first quarter.  Ouch.  But at the end of the year, the DS Lite, Wii and PlayStation 3 were released. The biggest games this year are Legend of Zelda: Twilight Princess and Wii Sports.

2007 was another great year for videogames, especially the Wii, what with Super Mario Galaxy, Super Paper Mario, Fire Emblem Wii and Metroid Prime 3.  A new trailer for Duke Nukem Forever was released, and I joined the GameCola staff. 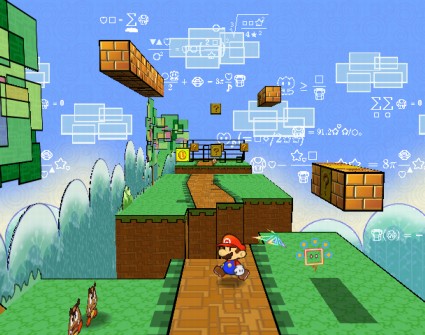 In handheld news, the first and second Professor Layton games hit Japan.  Also, the second and third Phoenix Wright games hit the non-Japanese countries.  Multiple entries for popular handheld series in the same year?  Ah, those were the days!

In 2008, the Wii grabbed onto the market and refused to let go. The best-selling non-Wii game was Grand Theft Auto IV, which had to take 5th place overall, coming after Wii Play, which is a game I hadn’t heard of until now.  Apparently, it’s a repackaged version of Wii Sports…and it outsold Grand Theft Auto IV.

In 2009, the best games were mostly a complete surprise.  In May, there were surpise announcements about a number of games, including Tales of Monkey Island, Super Mario Bros. Wii and Professor Layton 2, all of which were released this year and got great reviews.  Meanwhile, many of the big games that we did know were in development got delayed to 2010.

So that’s “The Ten Reasons: Decade Edition.”  If the 2010s are anything like the 2000s, I’ll have to go through high school and college again. *shudder* Let’s hope the new decade isn’t just like the old one.

I was on GameCola recently, thinking about starting, er, finishing the E3 report on Zelda: Skyward Sword that I promised to write last week. Much to my surprise, I noticed that Paul wrote a snarky art