Sorry. I find myself having to shout over the sounds of corks popping, noisemakers…noisemakering, and people slapping each other on the back and saying things like “job well done” and “it’s about bloody time, isn’t it?” (Some of our writers are British.) You see, we’ve just launched our brand-new website, after not really having a website for about six months, and we’re all about as happy as the day we realized that we could climb inside the big green shoe and jump around a lot in World 5 of Super Mario Bros. 3. 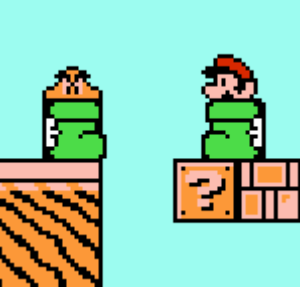 Hello, everyone! My name is Paul Franzen, and I’m the Editor-in-Chief of the best videogame-humor website on the entire Internet—GameCola.net. Welcome to our new home.

GameCola.net has finally caught up with the rest of the Internets and become a real, honest-to-God website, after publishing only monthly as an online newsletter for seven years. As you might’ve read in my “Dear Readers” column back in July of 2009…and then over, and over, and over again in sporadic new articles and blog posts until today, we’re ditching our old format, and instead allowing our writers to post new articles directly to the site, as they’re written. To you, this means that you won’t have to wait until the end of the month to get a big ol’ gunk of new GameCola; now, we should have new content for you daily. For us, it means, hopefully, a wider audience; we figure, since we’ll have more content posted more frequently, people will have an even greater reason to visit us every single day and set the site as their homepage and tell their friends how much they love it and oh GOD, you’ll do that for us, right?

All your beloved features from the old site are going to be here, and then some. Your favorite columns—you know, like “Versus Mode,” “testgame.exe: Making the Adventure,” and “Oh, the Humanity!”—are finally going to publish new editions, and your darling reviewers are finally going to tell you, once again, which games you’re allowed to play. In the last year or so, we’ve also been recording full video playthroughs—with commentary!—of great games like the NES Mega Man series, and…slightly less-great games, like Adventures in the Magic Kingdom for the NES. We’re going to have more of those for you, and we’re also going to keep recording podcasts, in which we talk gaming news, philosophize about gaming trends and the videogame industry, as well as discuss much more pressing issues, such as which characters in Phoenix Wright: Ace Attorney we think should get together. 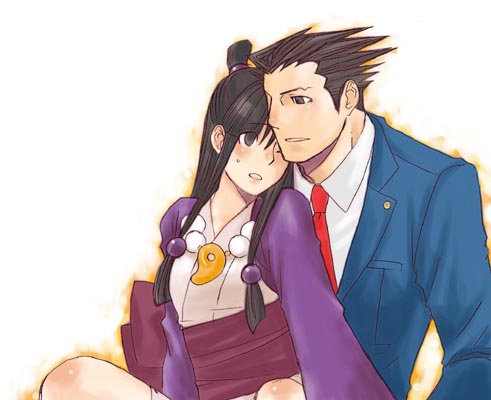 We also have a score of brand-new writers for you to love, such as Matt Jonas, who you might’ve heard on a recent edition of The GameCola Podcast, and David Donovan, who…who…actually, I still don’t know who the hell he is. We’ve also brought back some former GameCola writers, like Christian Porter and Mark Freedman. We even got ourselves a fancy new logo.

If you’re an old-school fan from our monthly mailing list, and you’re afraid you’re going to have trouble keeping up with this steady stream of GameCola, we’ve got your back, dog. Woof woof! First, you can check out our RSS feed. Just plug that into your favorite RSS aggregator (I’m a fan of SharpReader), and you’ll never miss a single GameCola article. Second, you can subscribe to our Twitter account, where we’ll be “tweeting” about our new articles, despite how embarrassed we are by the verb “to tweet.” Third, you can become a fan of us on Facebook! …We won’t actually be posting our articles on Facebook, because we don’t want to flood everyone’s friends’ feeds, but it would…actually, no, I guess it won’t help you keep up with us at all. Ah well. Isn’t it cool that we’re on Facebook, though?!

Also, if you’re an old-school fan wondering where all our old articles are…well! That’s a very good question. They’re not on the new site right now. Our plan is to post every single one of them individually to the new site, instead of just linking to all our old issues.  Doing so will have several behind-the-scenes benefits for us, but it will also allow you to very easily search our archives, as you’ll be able to, for example, click the “Super Thumbs” tag, and see every single edition of “Super Thumbs” ever published. You wouldn’t be able to do that if we just posted a link to our old newsletters and left you to search through them, like an Internet version of famed 16th-century world explorer Ferdinand Magellan. (Magellan, if you recall, was killed by a poison-tipped arrow in the Philippines during an expedition to find a long-lost edition of “Quantum Geek.”) I plan to start posting our archives about a week from the day our new site went live (January 9th), so keep your eyes out for them.

A few more things, before you’re allowed to read anything else on this site. First, I have some thanks to give. I want to thank our web development team, since, well, they did absolutely everything involved in building this site. My main contribution was nitpicking their hard labor; they did 100% of the work, for free, and they deserve all the thanks we can give for doing it. Thanks, Kevin Leacock, Colin Greenhalgh, and Alex Jedraszczak. (Especially Kevin, because he did the bulk of the coding, and—this is true—he did it by hand, in his own blood.) (And, especially Colin, too, because he created the aforementioned fancy new logo.) (Sorry, Alex; you don’t get any especiallys.)

I’d also like to thank Eric Regan, for sketching out the original design for the site. And, of course, I owe a lot of thanks to all the people who helped keep GameCola alive during the Great Hibernation of ‘09 by continuing to record podcasts, write blog posts, and post videos to our YouTube page, despite the fact that we only technically had a website. Especially Nathaniel Hoover, who took charge of our YouTube page early on to ensure that we had new content there on a daily basis, and whose input has been invaluable in putting the finishing touches on our new site. And, also especially, Michael Gray, who I think contributed at least 50%, if not more, of everything that GC’s produced in the last six months. Amazing. While I’m on a thanking roll, I’d like to thank Matt Gardner and Elizabeth Medina-Gray, for their help in establishing the very first GameCola Style Guide: a manual for all our editors to ensure that nothing crazy is happening with the site grammar-wise, like people spelling “videogames” as two words, or people forgetting to capitalize the “C” in GameCola.

Almost done, I promise. I’d like to thank the GameCola staff, in general, for their insane enthusiasm in continuing to work on and for a site that, before the Great Hibernation, had a pretty low readership and, during the Great Hibernation, had practically none. Not only have they stuck with us, but they’ve all enjoyed it, developing friendships with one another that extend beyond the 1s and 0s of this site, which is something I never saw coming (and which has never happened before in this site’s now nearly eight-year history). Two of them even got engaged during the break. To each other. And that’s to say nothing of how talented they all are—but of course, you already know that. Between you and me, dear reader, we’re lucky to have them.

And, finally, of course, a big thanks to all our fans. Not because we wouldn’t be doing this if it weren’t for you—clearly, we’ve proven that we’re going to keep writing whether anybody wants us to or not. Mostly because you guys occasionally post comments and send e-mails, and we think that’s great.

Secondly, I’d like to…actually, nope. There is no secondly. Fooled you! Go on, you, and go enjoy our new home, before I change my mind and decide that we were really quite better off with the monthly newsletter format.

What's the first thing you think of when I say "superhero"? Superman? Spider-Man? Flying? Capes? X-ray vision? Secret identities? Well, you quite possibly have a good idea of what a superhero is. Raya