“Carbonated News” has been getting a lot of flack from critics lately, because it tends to be completely wrong about everything, especially the news.  OK, so maybe I never double-check any of the facts I report—usually I don’t even single-check them—but I’d like to reassure the GameCola Faithful that this is still the most accurate news column I write for this website, by jingo. OK?

Now that we’ve cleared that up, here’s the news. 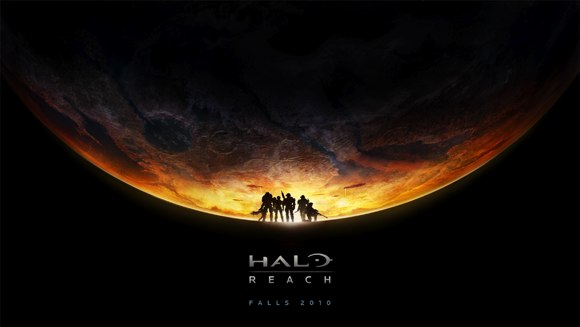 Today’s big news story is about Halo: Reach, which is the Halo game that is coming out this year.  It’s the prequel to another Halo game, so everybody already knows what’s going to happen ahead of time, but in case you don’t, the game’s creative director basically gave it all away in an interview today.  [Source: A dream I had last night]

The game ends with hundreds of millions of people dying after Reach falls.  Judging from the picture, I’m guessing that Reach is some sort of moon that is going to crash into a planet, just like in  Legend of Zelda: Majora’s Mask. And everyone liked Legend of Zelda: Majora’s Mask except for the people who didn’t, so that means Halo: Reach has the potential to be really good.  On the other hand, I hear that the aliens in the game aren’t blue, and people are really into blue aliens right now, so it also has the potential to be really bad.  We’ll have to wait and see.

It is interesting to note that, so far, the character list does not contain the Halo mascot, who I’m told is called Master Chef.  That strikes me as a ridiculous name for a main character.  What, is he a big fan of Ratatouille or something?  Anyway, we don’t know if he or his special brand of cooking goodness will appear in the new game yet.  Stay tuned!

This month, let's take a quick look at Biometal Unitron, a game released in 1999 for the Neo-Geo Pocket Color. Remember that little handheld console? One of the many portable systems that was trounced ...