If ever there was a movie-to-videogame adaption I’d wish done superbly, it would be any of the X-Men movies. Why? Because of Wolverine.

Any X-Men game exists solely to be a vehicle for Wolverine. He is just so damn awesome (although Gambit and Rogue were always my favourite mutants from the gang).

When you think of “Wolverine” and “game” together, you realise just how much potential this game has for some smooth hack-‘n’-slash gameplay and some smashing Hugh Jackman wit.

So the main question we must pose is: “What does X-Men Origins: Wolverine do with the license?”

For starters, I haven’t seen the Wolverine movie, for reasons beyond my control. Don’t ask what I was doing, but you might want to give it another five years before you open the bathroom door. Speaking of the bathroom, that appears to be where Raven Software developed X-Men Origins: Wolverine.

Wolverine has a history of bad videogames, in my most gracious and humble opinion. One of them was made by LJN, who are particularly infamous for their numerous failed attempts at creating playable games.

With X-Men Origins: Wolverine (henceforth XWolf to reduce typing), the main premise of the game is good, or as good as “kill everything that moves” can be. Always a win with me, though; if I can impale my enemies on statues, or throw them off of a casino roof (assuming I can hear them scream before they hit the pavement), then I’m a happy man. This aspect is respectable, although these days, awfully common.

Lots of first-degree murder means a lot of combat, which leads us to the simplistic combo system. Sadly, simple does not mean easy, as later in the game, you will find yourself very close to dying, on many, many occasions. But I will forgive the developers, mainly because I’m just so overjoyed with the reveal of Sonic 4 ♥ (which has nothing to do with them at all).

Back on track—XWolf tells the story of one James Howlett, a man born with regenerative abilities, which do an excellent job of masking his real age. Being almost unkillable, James Howlett ended up becoming a military man—or that’s about as much sense I can make from what the game tells me, anyway.

But where XWolf fails the most at story telling is when unnessessary and irritating flashbacks occur. XWolf insists on flashing-back to Africa every 30-40 minutes, which renders the game very dull, very quickly. I’m pretty sure that Africa isn’t the most important part of the movie (I didn’t see it in any trailers at all), but the game assures me that the story relies entirely upon me understanding what happened in Africa.

What if I don’t care? I can just skip the cutscenes, right?

What’s more, every flashback is suffocated with more gameplay. This wouldn’t be a problem, if the Africa-themed levels weren’t copy-pasted with a few different enemies. This is just padding to make the game longer than it needs to be. That’s no good!

So when flashbacks and copied enemies aren’t a bugging you, what else is there? 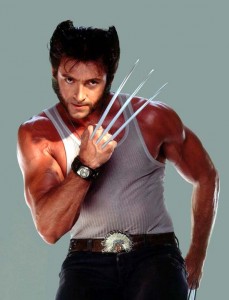 Particularly, one type of enemy is so frustrating to defeat, because it requires lunging at them at exactly the right time, and slicing barely a whisker of health from them before having to jump off and repeat. Now imagine fighting four of these at once.

XWolf becomes the same thing, over and over, very quickly. Throw in some conveyor belts, teleporters and a reference to Portal, and you have the whole game there. As always, these movie tie-in games still sell regardless of their quality.

What would be a decent game is flawed in so many places. Even at its dropped price, it’s nowhere near worth it.