After I went to bed last night—I think they did this on purpose, because they knew I’d have trouble sleeping after all this excitement—LucasArts announced their upcoming remake of Monkey Island 2: LeChuck’s Revenge, to be released this summer for XBLA, PSN, PC, iPhone, and iPod Touch. 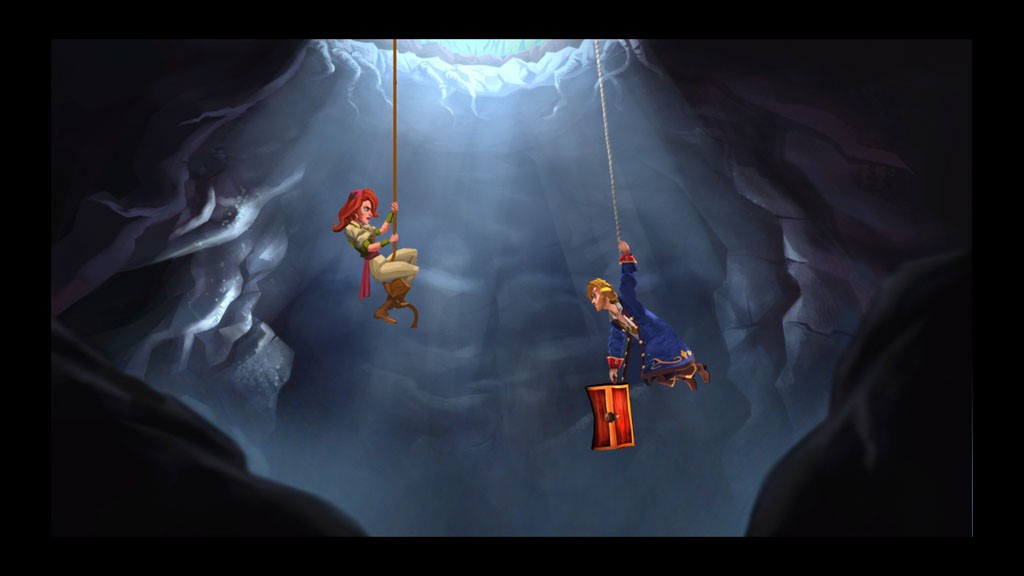 But that’s not all! Since this is an adventure game, and since it’s not the 90s anymore (back when developers knew better than to do this), LucasArts is adding a new control scheme to this game.

According to Craig Derrick, LucasArts’ project lead on all Monkey Island products: “In addition to the point-and-click interface, we’ve added the ability to move Guybrush around, so you feel more connected to him” (via Joystiq). They better actually mean “we added the ability,” rather than “we’ve completely replaced the classic control style,” because fans of the original game will have a riot. And by fans, I mean me. And by riot, I…no, I still mean riot.

But THAT’s not all, either! According to a post on Adventure Gamers, the remake will include a few more new features:

1) In-game developers’ commentary! It’ll be like watching a Let’s Play video on YouTube, except that the people talking will actually know what they’re talking about. Plus, you’ll be the one playing.
2) The ability to play the game with the old-school graphics plus the new-school voice acting. This will give you the best of both worlds, if you’re a fanboy of the original game and a member of the “Dominic Armato is a Love Machine” group on Facebook.

Since last year’s remake was successful enough to warrant another, this begs the question: will they be remaking Curse of Monkey Island, as well, to complete the trilogy of old-school MI games that we still talk about in good terms? And if they do that—will they actually remake the game, or will they just re-release it? Personally, I’d be OK with nothing more than an HD-enabled re-release of that game. And by OK, I mean they better not do any goddamn thing to ruin Curse, or else I will write nasty things about them on the Internets.

Breaking hearts before Resident Evil 6 was even a glint in some executive's eye.