After Jeddy tried to find out just who actually DID vote for Life is Strange for the Readers’ Choice Award, I looked into this game on Steam and saw that it’s a five-episode game going for about $20 total—and I was like, “I’m not really in the mood to drop twenny on an episodic game.” … Then a couple days later, Episode 1 became free on Steam. I guess life IS strange after all… 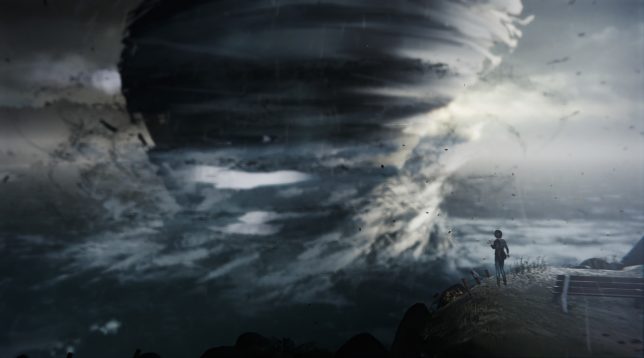 The game starts off with the end of the world! Or, the end of some port town in Oregon, at least. Some giant swirl of doom is sucking in all the boats and newspapers, and you just watch as this lighthouse falls on you. Then suddenly you “awaken” in one of the most comically pretentious classes I’ve ever seen: photography! It’s here where you can observe a bunch of snobby children and hipsters try to make themselves look smart to each other for no real reason. From here, you can writhe about looking at the garbage sitting around your desk, or you can “take a selfie” to keep this snob train a-rollin’. After snarky comments from some of the colorful generic NPCs, you finally get to walk through the school to the tune of the soundtrack to Napoleon Dynamite. Or at least something akin to it. The game basically plays exactly like how a Telltale game would, so basically you can observe all sorts of things, interact with a few things, and generally bumble around on a deceptively linear path to your ultimate goal.

Then the game sets itself a bit apart from Telltale by having you witness some weedy jerk pop a cap into some girl with blue hair and you accidentally reverse time. That’s about when the game recaptured my interest. The game still plays pretty much exactly how a Telltale game does, having you run around and “witness” things and influence how you want your own story to fold out, but you have the ability to go back and choose a different option if you don’t like the results of one you chose originally. Though, on the odd occasion, you can learn something by making one choice and reversing time to make a new choice available to you, which may interest folks. The cutoff point to this is whenever you transition to another area, when your actions are set in stone and your story is forever flavored by the events. At least, until next playthrough. 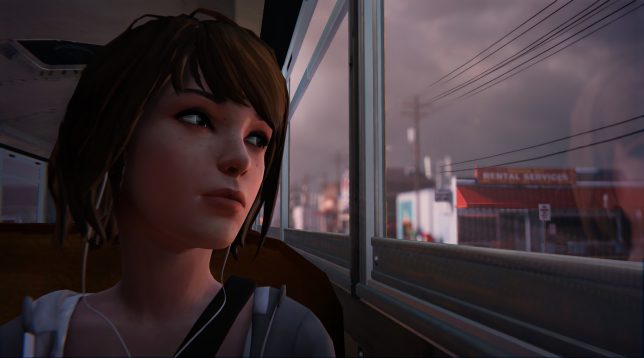 Ultimately, the game was OK, but I didn’t really feel like poking and prodding at every last thing to see what every outcome was like. But what can I say, the first episode was free. Does this make me want to buy the rest of the game and see what happens? Not immensely. It may be a high school drama…set in…college(?) with SPACE TIME REWINDING POWERS, but it’s still just a high school drama. If you’re a fan of Napoleon Dynamite‘s soundtrack, and enjoy High School Musical sans-Musical with perhaps a little bit of Doctor Who, then this game is for the hipster in you!

The newest game in the Phoenix Wright series, Ace Attorney Investigations: Miles Edgeworth, comes out this week, and so, Phoenix Wright fans are getting really excited.  In particular, I'm pretty su