Don’t have a modern videogame system, though? You’re in luck. Finally, the NES Streaming Cartridge is now available to all Netflix subscribers. Don’t have a network-enabled NES? No worries; your streaming cartridge has a gigabit Ethernet port right on the top to connect to your XFinity router. To XFINITY and BEYOND.

Reed Hastings (CEO of Netflix): We wanted to make sure that Netflix customers who have the Internet, but who don’t have Internet Explorer; Firefox; an Xbox 360, PS3, or Wii; an Internet-connected Blu-ray player or HDTV; TiVO; or a home theater that contains one of these devices, can watch Netflix movies that no one has ever heard of! 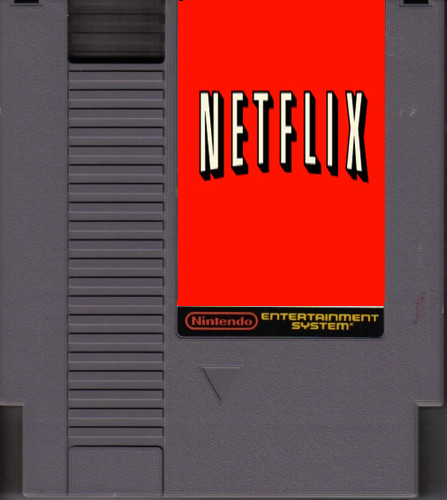 The download speed of the movies is fantastic, and they get rendered in real time to 8-bit graphics. Here’s a screen capture of one of my favorite movies: 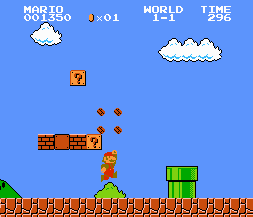 Screenshot of “Act 1” from Super Mario Bros.: The Movie.