Hello everyone! Welcome to this month’s edition of “testgame.exe: Making the Adventure.” I know, I know, it’s been a little while, and I do apologize for that, but I think you’ll find that this month’s update is suitably large enough to make up for the distinct lack of testgame over the past couple of months.

The focus of this month’s update is something I haven’t worked on in a LOOOOONG while: plot! I’ve implemented a bunch of stuff that Real-Life Paul and I have been putting together in a Word document for a few months now. I have to say, it’s kinda fun working from a script of dialogue and interactions that’s pretty well completed, rather than trying to make up everything on the spot as I also write code (which is how I’ve been doing things until now). And we’ve still got lots more plot planned out already—including a couple of puzzles, a new character or two, etc.—and since I’m having such a good time putting it into the game, you can look forward to more of that in the future! 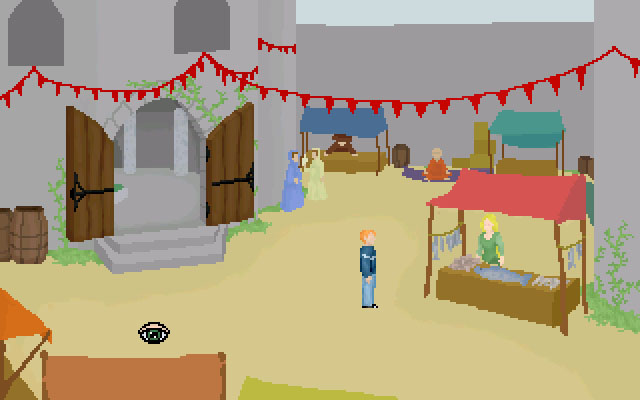 So, anyway, here are some details of what’s going on: In the last update, you could play as far the conversation with Herkimer. This month, I’ve finished up that conversation (including some new dialogue options), and now you can leave Herkimer’s room, go back down the stairs, and return to the kitchen, where lots more plot stuff happens! Oh boy!

The new stuff ends kinda suddenly (like, in the middle of some dialogue), but don’t be alarmed, I’ll continue working on it next month. This is just a temporary stopping point.

Other new features in this month’s update include the usual stuff…animation, background work, a few new/different interactions with various hotspots/object, etc.

Anyway, I’m quite happy with how things are going. I took some time off from testgame in the past couple of months, but now I remember how fun it can be, and I’m excited to work on it some more this summer! Yay!

So check out the game! Oh yeah, and I’ve given you a couple of save files again, including one just before Paul meets Herkimer, so you can easily play the new plot stuff without having to go through the whole game. Have fun!! 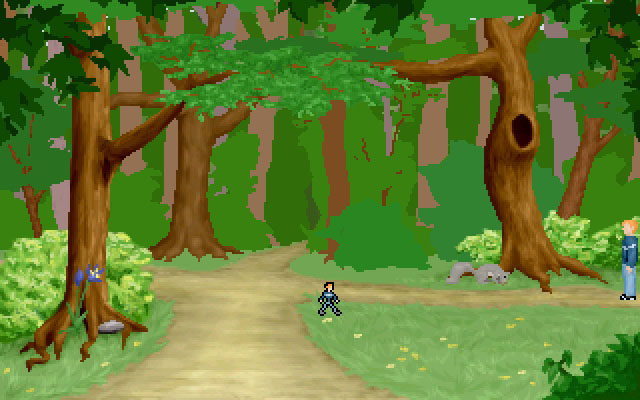 [Important note: If you want to load the game from one of the included save files and you’re using Windows Vista, you’ll have to move the agssave.001 and agssave.002 files that I’ve given you into a folder called “New game” under the “Saved Games” folder in your Windows user name folder. If you’re using Windows XP, you should just be able to leave these files in the same folder as the testgame.exe file and load them from inside the game.]