Welcome to Carbonated News, where we give you all the news in fits of print. The Game Developers Conference was held in San Francisco last month, resulting in TONS of videogame news. Not wanting to be left out, we here at GameCola sent our imaginary staff reporter to the event so he could give us all an exclusive look at what happened at GDC 2009.

It’s Monday, the first day of the conference. All the major videogame companies are here, with big presentations and booths, showing off everything they have.

Just kidding, of course. Monday and Tuesday are Summit Days. And while that sounds cool on paper, it turns out that “summit” is videogame code for “all-day lecture.” Ugh, I don’t get paid enough for this. But being the hard-hitting journalist I am, I went to the Casual Games and the Localization Summits, because the other summit was on AI programming.

The Casual Games Summit had a “red ocean/blue ocean” theme, based off some book I never read. Today is “red ocean,” where they talk about exploring the waters where there are a lot of sharks trying to get the same prey. In other words, when it comes to casual games, companies are like sharks, because they all do the same things in order to reach the same consumers. And devour them whole, apparently.

For casual games, the basic business principle is to act as if the player has never played a videogame before. This results in games that are incredibly basic and simple to understand, so the non-gamer Soccer Mom can jump right in. This was the strategy that was developed in 2001, when casual games were invented, and companies have been repeating the strategy ever since, because it works.

So to summarize…nothing’s really changed in the world of casual gaming in the past eight years. Awesome.

At the one-hour break (this lecture went on ALL DAY, mind you), I snuck into the The Localization Summit. In the past, companies didn’t spend any money on localization because it’s cheaper not to. But now statistics show that companies make more money if they localize games. This leads to a paradox wherein companies—say, British ones—want to utilize localization to make big bucks, but they don’t want to spend money to do it because it mainly involves translating English into…English and English.

I was expecting to see guest appearances by Leslie Swan and Jeff Miller, but neither of them made it. Instead, the localization person from Sony was there. Microsoft also showed off their localization efforts with an in-depth look at Fable II, which I assume has something to do with translating Aesop’s Fables.

I’m not sure because I had long since left the auditorium, and went to the Monterey Bay Aquarium instead. All that talk about sharks made me want to see some. I saw them, and they were awesome.

I tried to worm my way out of going to another day of business lectures, but GC Editor-in-Chief Paul Franzen said it took a lot of work to get me a press pass for the conference, so I had better well use it, by jingo. I’m not sure what “by jingo” means, but I didn’t want to take any chances, so I went to the conference.

First, I went to The Game Outsourcing Summit. Outsourcing is when companies hire people in India or China because it’s cheaper, and countries like South Korea don’t have “those pesky child labor laws.” And while this could have been an interesting summit, you have to remember this is a business conference. So the topics discussed were things like “helpful hints on how to deal with the Indian programmers.” Booooring.

Speaking of India, the other conference I snuck into was The Indie Game Summit. I was hoping to see a bunch of interesting games get showcased, but the conference focused more on the business side of things, with topics like “how to advertise on a small budget.” I photocopied that particular pamphlet and sent it to Paul, with the words “TAKE NOTE, BY JINGO” written at the top in big magic marker.

Then I left early to visit the San Francisco Zoo. Did you know that a full-grown owl weighs less than five pounds? Learning about animals is awesome.

OK, this was the big day when the conference FINALLY started. No more boring business summits. Instead, all the big dogs in the videogame industry showed up in force, with lots of news.

I went to the Nintendo conference, where the President of Nintendo, Satoru Iwata, gave a keynote address. He did the whole thing while wearing a leather jacket. No, seriously. A leather jacket. Apparently, he thinks Americans still dress the way they did in Grease.

Mr. Iwata said that Nintendo is going to start focusing on their online products, such as Virtual Console and WiiWare games. Nintendo, which has always led the market, (“The GameCube era doesn’t count,” Iwata said), is paving the way for a future when they no longer distribute games through stores like EB Games; everything will be digitally downloaded.

“WiiWare is very popular right now,” Iwata said, stating that he knew at least two people who had, at one time or another, heard of it. “And we need to plan ahead for the future, when GameStop goes out of business two months from now.”

Iwata tried to make it sound like this was what the consumers wanted by getting the crowd pumped about the “awesome” and “totally new” Virtual Console games that are coming out, such as Space Invaders. Personally, I didn’t buy it. I got the feeling that this whole online distribution hoopla is mainly a business decision, because digital download means no shipping costs, WiiWare games are shorter and cheaper to make than normal games, and Virtual Console games cost absolutely nothing to produce. Also, you can’t get refunds for digital download games.

Iwata also unveiled Nintendo’s Wii System 4.0. Now, you can have up to 200 Wii channels at the same time, which is good for the future when all games are WiiWare channels. In terms of solving imaginary problems, this ranks right up there with Wii Music, Nintendo’s solution to the fact that nobody is producing music-based videogames nowadays, by jingo!

They also revealed footage of a new Legend of Zelda game. As predicted in the first GameCola Podcast, it is NOT Wii Zelda. No, it’s Wind Waker 4, and this time, Link is riding a choo-choo train. A choo-choo train! Oh, joy. Train enthusiasts, make sure to look for this game to come out later this year.

The only new thing on the schedule today was a Town Hall Meeting that I wasn’t invited to. So I hung around with all the other minor journalists, who were at the convention in droves. Except right now, surprisingly. When I asked one of the newspeople why, he said it was because President Barack Obama gave a press conference yesterday, so the news outlets were focusing their attention on that, not videogames.

“I didn’t watch that,” I said. “What was the conference about? Did Obama get the AIG bonuses back?”

“No, it turns out Obama has no impact on what happens to the bailout money that the government gives to companies,” the reporter said.

“Well, has he finally come through on his promise of the immediate and complete withdrawal of all US troops?” I asked.

“No, he’s actually sending MORE troops to fight in the foreign wars.”

“Well, then, what was the press conference about?” I asked, feeling confused.

“Ah, I see. Obama is making healthcare more affordable, so more Americans can have health insurance despite the economic downturn.”

“Um…actually, he wants to stick to the current healthcare system where companies provide healthcare to their employees.”

“But…that doesn’t make sense. Due to mass layoffs, millions of people don’t have employers who give them healthcare.” 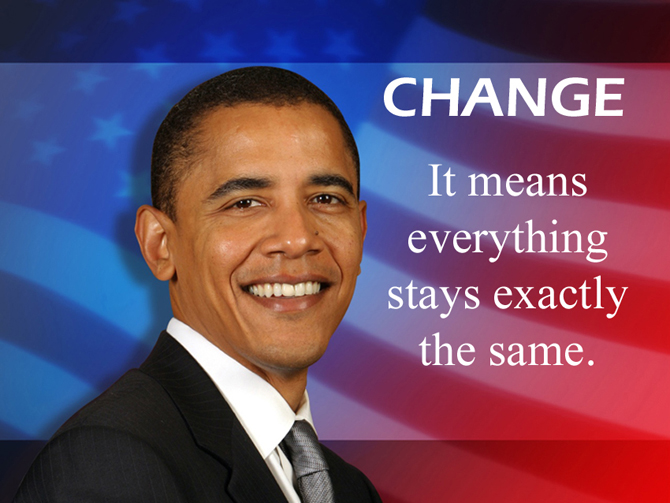 I would have continued the conversation, but we were interrupted by the reporter getting a phone call telling him that he was fired.

So because nothing new really happened today, I’ll just recap some of the other events on Wednesday.

Today, SpikeTV held a fancy one-on-one interview on the second floor. They called it the “Game Career Seminar,” and SpikeTV’s Geoff Keighley interviewed Emil Pagliarulo, of Bethesda Game Studios (AKA the lead designer of Fallout 3). The room was absolutely packed with people, and Geoff and Emil talked cordially about what it was like to be a TV personality and game designer, respectively. Sadly, fifteen minutes into the interview, they both received phone calls telling them that they were fired, which pretty much put an end to the Career Seminar.

So instead of attending speeches, which is really boring anyway, I went to the expo. Pretty much all the videogame companies you could think of were there, showing off their newest products. Sony had trailers for Terminator, Batman, Guitar Hero, The Godfather Part 2, and many others. They also had hands-on play, but the lines were way too long for me to stand in, by jingo.

In between my journalistic trips to the absolutely free snack bar (the best part about the conference, in my opinion), I managed to do important work that the GameCola readers want to know about. Specifically, I went to the EA booth and asked them why they didn’t respond when I sent them my resume. I was told by the representative that my resume was shredded upon receipt and used to line a chinchilla cage. 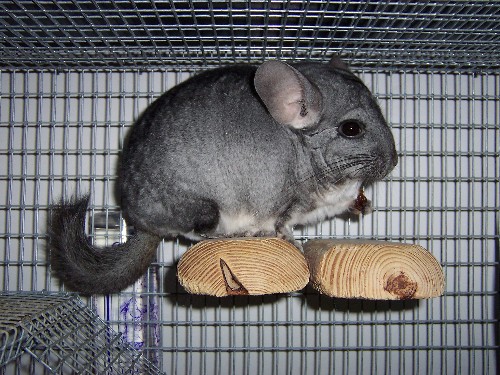 I spent practically less than a minute at the Wii section, where the reporters were trying to get the representatives to reveal secrets about the latest Metroid project (“It exists, right?”). Nintendo refused to comment, so I moved on right past them.

The best part of the conference, besides the free snacks, was the Microsoft section. Microsoft was unveiling an exclusive look at a top-secret game that Rare had been working on for the past three years. I caught a glimpse of it mainly by being at the right place at the right time, and let me tell you, this game looks awesome. It’s called–Hold on a second, I’m getting an e-mail from GameCola about this article.

Hi Hi Puffy AmiYumi: Kaznapped is a cookie-cutter and grossly repetitive platformer with all the soul of a dried trout.