Everyone’s favorite capture the flag game, Fat Princess, will soon be graced with some downloadable content. Up until now, there’s been a hefty amount of patches and new maps available for free, but I guess we’ve maxed our our mooching for now. Next Tuesday, $5 will reportedly get you four new maps and three new classes. The trailer mentions the four new maps, two of which are already available with patches. 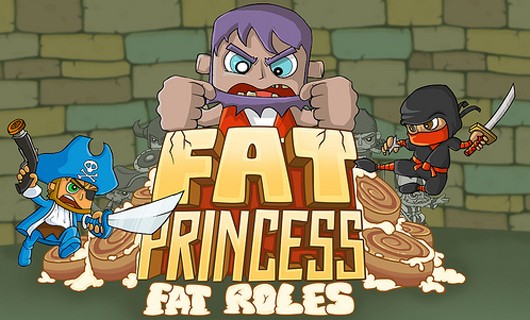 The three new classes are:

How will they use all these special abilities, and how do they recharge? Personally, I’m tired of the whole “ninjas vs. pirates” Internet meme.  It’s pretty exhausting. Still, these classes do seem pretty awesome, and the battle will still continue.

It’s not clear if you can play on older maps with the new classes, if people with the DLC can play with non-DLC people, etc. DLC is always confusing because you’re creating branches in the available play options for the consumer. Look at LittleBigPlanet. You don’t need to buy DLC to play in the DLC-created levels. You only need it if you’re creating levels. This same rule can’t really apply to Fat Princess, so we’ll see what happens.

There’ll also be a free update patch that will allow for up to four people to play on the same machine. It’s unclear if these people can also play online, like LBP.  The trailer didn’t show any split-screen, so are you requiring us to be on the same team and be on the same screen at all times?

Here’s a link to the trailer(I can’t find it on YouTube right now).

Featuring ALL the best games from The GameCola Era, from 2002 to today.