Welcome to “Oh, the Humanity!,” the column that reviews videogame-based books and movies. Today, we’re going to talk about one of the earliest videogame movies ever made: WarGames, from 1983.

Historical Background: In the early 1980s, computers were starting to appear on the scene. Sure, the Internet had yet to be invented, but people knew what computers were like. Also, the Pentagon was still waging the Cold War against the U.S.S.R.

The movie starts with the Pentagon, in their top-secret, underground lair, which looks like the Batcave, only more scientific. General Beringer has decided that the army has been doing a really bad job with their nuclear deployment test runs, so they need to use their fancy new computer instead. Of course, technophobe Nathaniel Hoover protests that putting a machine in charge of the United States’ nuclear weapons is a really bad idea. His epic foreshadowing is, as always, ignored.

Enter David (Matthew Broderick, The Lion King, Ferris Bueller’s Day Off). David is a teenage computer wizard, and I think you can figure out what happens next. 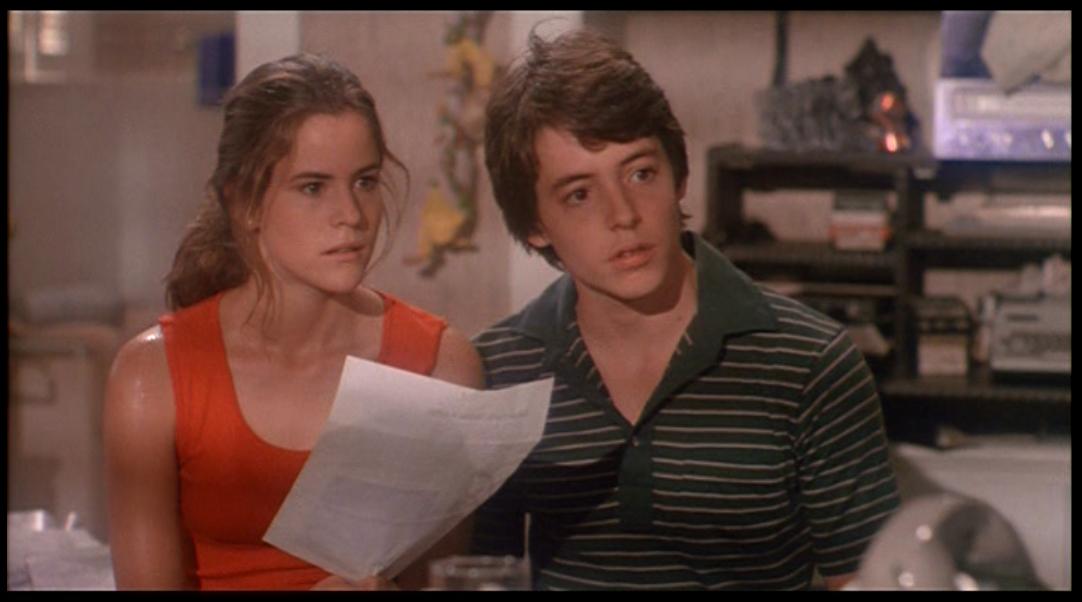 David likes to play games on his computer, but he doesn’t like actually paying money for anything. So he uses his computer skills to hack into videogame companies in order to illegally download their products. He also hacks into his school’s computer system to give himself a perfect report card, and to boost the failing grade of the girl he likes, Jennifer (Ally Sheedy, The Breakfast Club, The Lunch Club, The Dinner Club).

David is searching for a gaming company in California, so he sets his computer to call every single phone number in that area code. After a day, it comes back to him with a list of all the numbers in the area that are connected to computers, not telephones. Of course, one of these numbers belongs to the Pentagon’s computer. David connects to this number and does a quick search for “games.” The results he gets is a list of standard games, like checkers, chess and backgammon, along with some military wargames, like Bio-Chemical Warfare. Because Bio-Chemical Warfare sounds like the coolest game ever, David decides he has to play it.

However, the Pentagon’s system boots him out when he can’t supply a correct username (passwords apparently weren’t invented yet). After getting some help from his tech buddies, David is able to hack in through a backdoor left by the computer’s original programmer. Excited at the prospect of playing a new game, David and Jennifer start up Global Thermonulcear War, and just for the heck of it, they decide to play as the Russians. Their first move is to fire missiles at Las Vegas and Seattle.

The scene switches to the Pentagon, where everything starts going crazy because their computer is reporting that over 20 missiles are headed for the western United States. General Beringer gives everyone their orders, which includes moving the President to a secure location and sending out the troops. At this pivotal moment, David’s father tells him to go outside and pick up the trash, so David turns off his computer and leaves. All the simulated missiles immediately disappear from the Pentagon’s computer. Disaster averted, right?

Wrong. The computer is programmed to keep playing a game until the game is over, whether that’s because somebody wins or the in-game timer of five days runs out. And because the game is Global Thermonuclear War, that means the computer is determined to finish a nuclear war within five days. 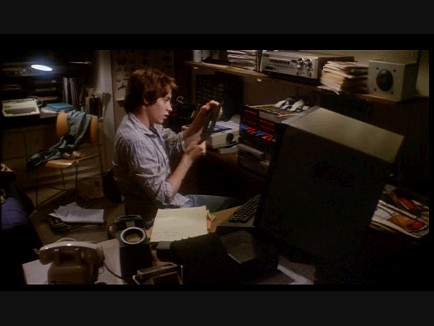 What David is holding in his hands is an eight inch by eight inch floppy disk. Yep, they used to be that large.

Our hero David is kidnapped by the government and taken to the Top Secret Pentagon Underground Base Headquarters, where he learns that the computer is intent on finishing the game. He escapes from the Pentagon with almost ridiculous ease and teams up with his friend Jennifer so they can share an awkward kiss. The two of them find the only person who can stop the computer: its original programmer, a sassy British man who likes dinosaurs. Our crew of unlikely heroes then breaks into the Pentagon—which is starting to look like the least secure military base on the planet—so they can stop World War III.

At the very last second, our heroes stop the computer by using tic-tac-toe, of all things. See, every tic-tac-toe games ends in a tie, because it’s impossible to win. A nuclear war between the U.S. and Russia is the same way; every possibility results in mutual annihilation, so it’s a game that’s impossible to win. The analogy is a bit of a stretch, but the computer is not an English major, so it agrees with the conclusion and immediately stops its destructive game.

That’s right; they use tic-tac-toe to stop World War III. I didn’t see that coming either. The computer says, “Strange game. The only way to win is not to play.” Everyone cheers, David and Jennifer kiss again, and the ending credits play. End movie. 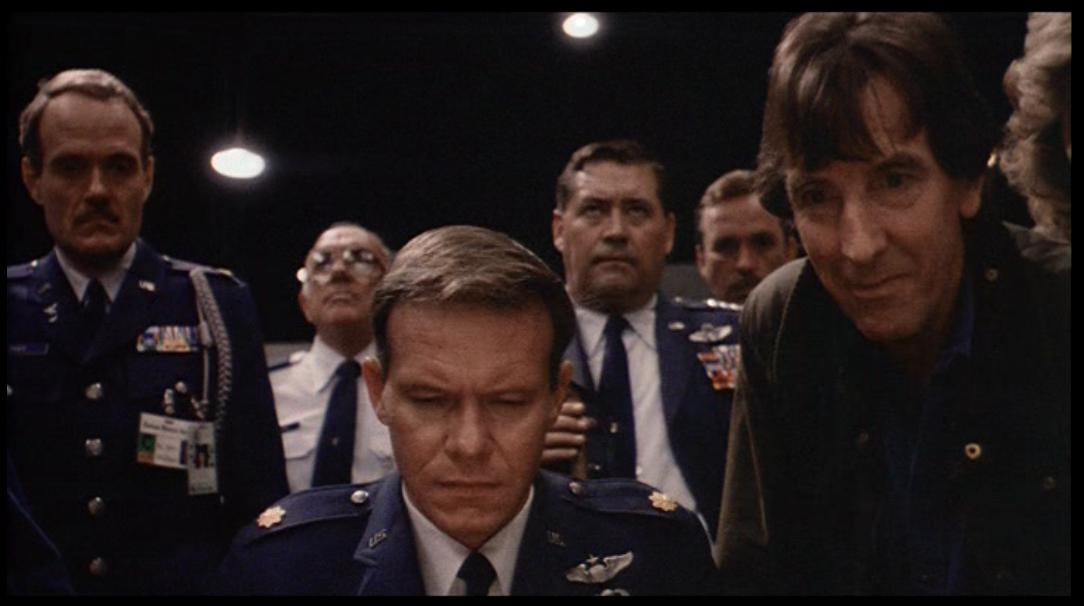 So that’s the general plot of the movie. Overall, I’d say it was pretty good. The acting was all good, especially Sassy British Man, who is pretty entertaining for someone who shows up near the very end of the movie. David and Jennifer are both incredibly good-looking in order to catch the attention of all teenage viewers, especially with David’s topless scenes, and most of the jokes are pretty funny.

A lot of the movie is outdated nowadays, but I found that it made the movie more interesting, rather than less interesting. I liked seeing an accurate depiction of the pre-Internet computer era, especially considering how the movie eerily predicts online computer hacking and illegal videogame downloads. Plus, it is a refreshing change of pace to see a thriller which depends on actual suspense, and not just CGI effects, like the movies made nowdays tend to do. I’m not going to give the movie four stars out of four like Roger Ebert did, but I will give it seven tic-tac-toe games out of ten.

Way to go. YOU were given the reins to co-develop the latest entry into the Mega Man Legends 3 franchise, and you completely blew it. Where did you go wrong? I don't know—maybe it was your "idea" th