Picture this scenario: Mario gets a letter from his new girlfriend, Princess Peach (yep, they’re a couple now!). She wants to spend a romantic evening with him, watching the stars fall during a meteor shower. Of course, she’s going to bring some of her world-famous cake for them to share.

Mario hurries to her castle, but when he shows up, he sees his arch-nemesis, Bowser. Bowser has somehow grown so humongous that he is larger than the castle himself. Bowser then kidnaps the princess and flies off into outer space. It’s up to Mario to stop Bowser, save his girlfriend, protect the universe, and GET THAT CAKE! 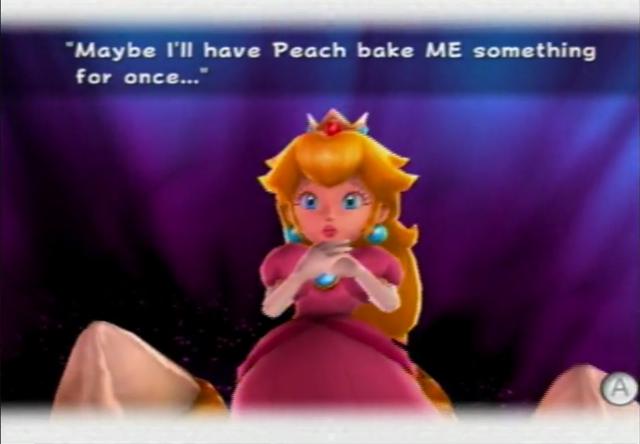 1. The game comes with a built-in GameFAQs.com. That is, if you ever lose a level ten or so times, Rosalina from the first game appears, and you have the option of letting her take control of Mario and finishing the level for you. You still get a star, but it’s bronze-colored to indicate that you didn’t get it on your own.

2. Yoshi is in this game. I was worried this would be a gimmick, like in Super Mario Sunshine, where Yoshi was pretty much the same thing as FLUDD. And you know, I didn’t enjoy FLUDD at all. Well, fear not! Yoshi is not a gimmick in this game. He is actually fun to control.

But for all the talk of improvements, Super Mario Galaxy 2 is basically a continuation of Super Mario Galaxy. It has the same visuals, controls, audio and overall setup, which is not too surprising, given that SMG2 was originally planned to be a remake of the first game. All of the items in the first game appear once or twice, and there are several new items (such as the surprisingly-useful Cloud Mario suit) that appear three or four times. Needless to say, the items and the levels are all more fun than a barrel of monkeys, and many of them could easily be developed further into some great DLC, which is never going to happen because Nintendo doesn’t know the Internet exists.

The main criticism I’ve heard is that this game is too hard. I’m not sure I agree. True, some of the special challenges are tough, but that’s supposed to be the case. That’s why they’re called special challenges, not regular level, totally easy, come on in and have a milkshake! challenges. Difficulty aside, I found that my frustration levels rarely went past “I’m going to solve this challenge if it kills me!” to “This is too hard; I’m going to give up.” Like I said earlier, the game comes with a built-in guide that will automatically get the star for you if you’re having too much trouble, so don’t worry about SMG2 having an insurmountable difficulty level.

IGN hired me to make a video walkthrough that shows how to get all 120 stars, which was a really fun summer project. However, I have just found out that the game isn’t over yet. Getting all 120 stars and beating Bowser unlocks the 120 bonus stars. Now I have to replay all the levels, looking for the stars that are hidden in non-obvious places, such as in the corner of the level, where you have to change the camera angle in order to see it. So all in all, this game has about 240 stars, which makes it absolutely jam-packed with gaming fun.

And at the very end of the game… 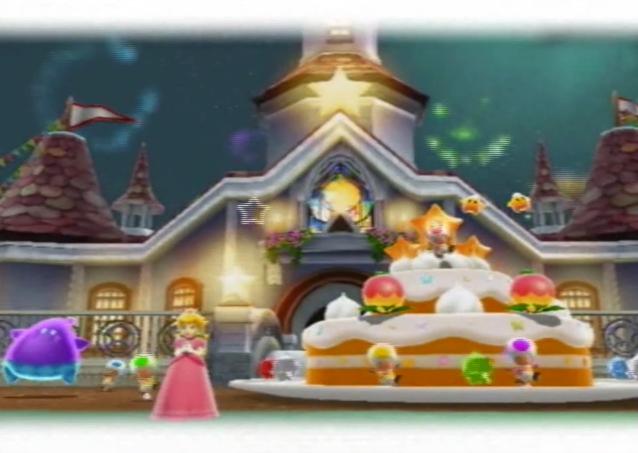 Mario finally gets his cake.