I hate it when you buy a game and you have to unlock all this shit. No, I’m not talking about using bobby pins to unlock doors in Fallout 3 (although sometimes I don’t get why I can’t just nuke down a door). I’m talking about unlocking playing modes, and to a lesser extent, characters, items, etc.

If you’re booting up Super Smash Bros. Brawl for the first time, you’ll notice that you only have two playable characters: Fetus Link and Captain Lou Albano. So you have to do a bunch of stuff to unlock characters and maps. Some may say this is part of the challenge and fun, and to an extent, it is. But if the only way you can unlock something is by playing 5,000 versus matches, or by searching for an alternate solution online, then what’s the fun in that? I don’t care about all the other unlockable stuff like stickers and other “trophies,” but I do want to easily get all the characters I can play with.

But Smash Bros. really isn’t that bad compared to other games. At least they let you play multiplayer mode right out of the box. Imagine if you had to play that “Subspace Emissary” mode before being able to play multiplayer. Well, be prepared when you buy WarioWare: Smooth Moves. You know what’s under that newspaper?

Imagine buying a car, but the only way you’re allowed to have any passengers is if you first drive 10,000 miles by yourself. You bought the car; why can’t you do what you want with it? At least give me a damn code I can use to bypass. When you boot up Super Street Fighter II Turbo, M. Bison and the other boss characters are already unlocked. I don’t have to do a bunch of Zangief 360 piledrivers to unlock Vega, right?

None of this even makes sense financially. Some may argue that it increases replay value, but do game developers really want their games to have a high replay value? Unless they’re offering downloadable content, wouldn’t they want you to just be satisfied enough to purchase the next POS game when it comes out? Why has this changed so much? I can’t think of any NES or SNES games where you have to unlock things. Does the presence of battery backup yield the necessity of having to unlock 95% of the content? It used to be that “unlocking” just meant collecting all the E-tanks and missile canisters in a Metroid game.

Oh, and don’t get me started on downloadable content. Some games offer stuff that should have been in the original game as DLC, aka “unlockables you have to pay for.” Most DLC isn’t above and beyond the original game, so why not just buy a new game, instead? Sometimes they get you with the Trophies/Achievements, too, like in Disgaea 3, where some of the Trophies are basically impossible to get unless you get certain DLC.

And some DLC is just stupid. I have to pay for dumb costumes in LittleBigPlanet, or buy crappy anime themes for my PS3 menu? Where’s the justice here? Then there are the bigger things, like the Burnout “Cops and Robbers” pack. You feel compelled to buy this unlockable, because if everyone else has it, you won’t be able to play with them. Well…screw you, buddy! 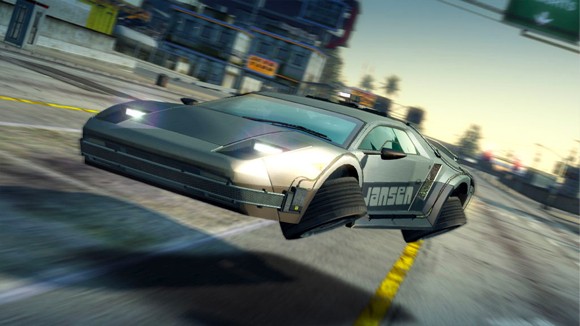 If we get our DLC purchases up to $88/hour, we’re going to see some serious shit!

So when you don’t have a choice, you strive to get that next unlockable character or map. But then it’s a huge let down. Why did Brawl get rid of Dr. Mario, but include Fox, Falco, and Wolf, who are all basically the same? What the crap is going on here?

Somewhere the developers have to draw the line. I think most of us are fine with unlocking minor things like costumes, a Sound Test mode, etc. But if things like core game modes and characters are going to be locked away by some tedious task or price tag, I’ll pass.