I recently started playing a 2008 point-and-click adventure game from Germany called Jack Keane. I won’t be reviewing it, and here’s why (via Facebook): 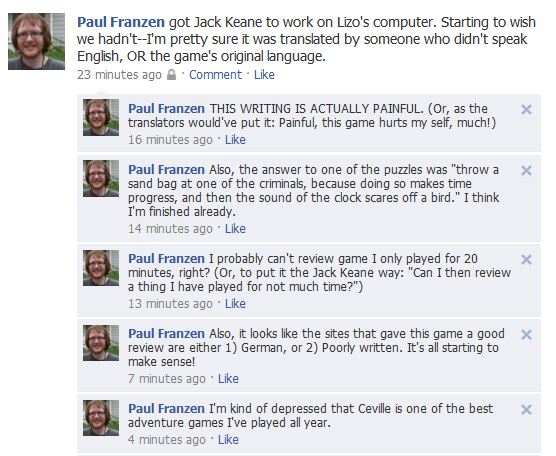 For those of you who don’t remember, Ceville is the “comedic” PC adventure game I couldn’t play for more than 10 minutes without a– 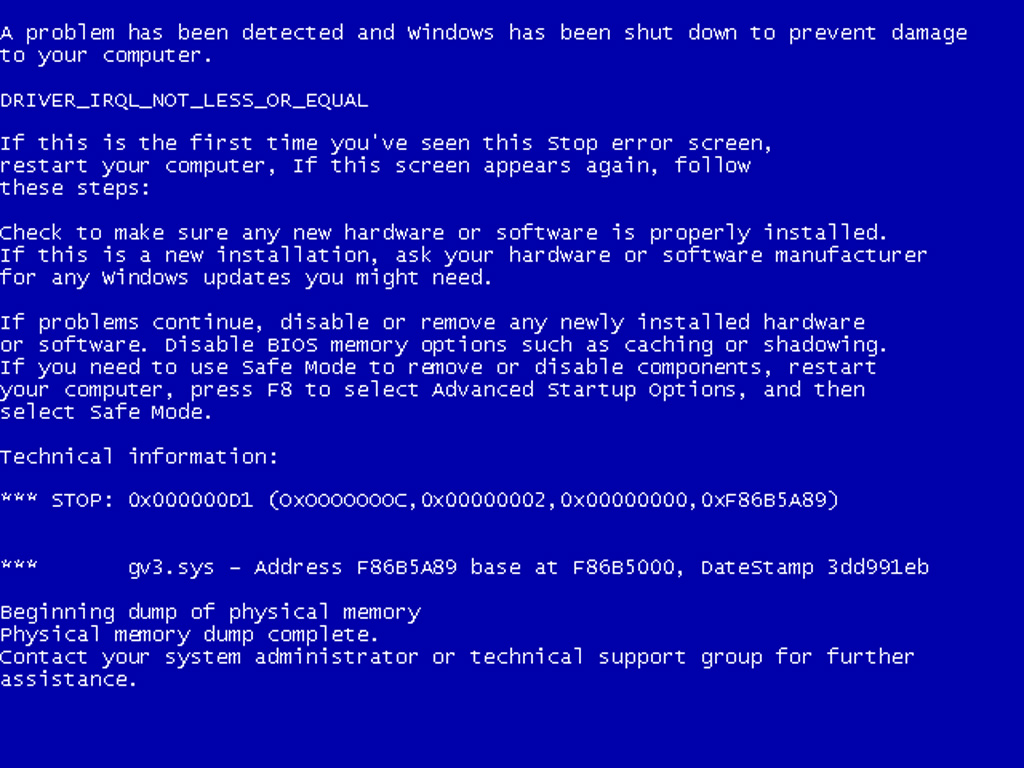 Also, every single one of the game’s jokes was “Hah-hah! Random pop-culture reference! LOL.”

Having recently played Jack Keane (and also Runaway, but we don’t talk about that anymore), I now long for the good ol’ days of Ceville. The voice actors in Jack Keane are directionless and confused, the writing makes Two Worlds look like it wasn’t written by a 7th grader, and the “humor” is about as funny as your family still making fun of you for something stupid you did when you were a kid, and that was like 15 years ago, so stop harping on it, Mom! It’s not funny anymore!

Ugh. This just keeps happening, over and over again. A new adventure game comes out claiming to be “comedic,” and this sets off a Pavlovian reaction in which previewers and reviewers automatically write that it’s “just like those LucasArts classics!” They always do this, and it’s never true. Never! The games are always crap!

You guys…STOP SAYING THIS ABOUT CRAP GAMES! You’re not helping anything! Yeah, it’s cool that people are making adventure games again; but not every one of them is comparable to Day of the Tentacle. Stop acting like every supposedly “comedic” adventure game is a good adventure game—just because it’s supposed to have funny jokes, that doesn’t mean it actually has funny jokes, and it certainly doesn’t mean that it’s actually a good game. In fact, if it’s not made by Telltale, it probably isn’t.

If you keep saying they’re all great, people will stop believing you. Then they’ll stop buying the games, since every time you tell them a game is “the new Monkey Island,” it turns out to be total garbage. Then the developers will stop making them, because nobody’s buying them, and the entire genre will DIE AGAIN!

And this time it won’t be King’s Quest 8’s fault; IT WILL ALL BE YOUR FAULT!

I’m totally boycotting the next adventure game that even so much as mentions Monkey Island in its press release. Even if it’s actually a Monkey Island game.

We're not sure whether this is a good thing or not.