So, people have been talking about Starr Mazer for a bit now, and it’s finally out on Kickstarter. I’ve been doing a lot of Kickstarter previews here on the ol’ G-Coles lately, though, so I figured I’d talk a bit more about some other things this game brings up. For those who haven’t seen it (and, those who just want to watch it again), I’ll leave the trailer here and you can get back to the article when you’re done.

So, the game looks pretty neato, right? Speaking as a child of the NES and SNES, it looks like the game we always wanted to play, and the game that SNES games wish they could have been. Hmm. Have I used that line before? Either way, I’m curious to see how the point-and-click adventure/shmup gameplay works out (would point–and–click fans really enjoy a shmup?!), and even if it doesn’t, it’s cool that they’re trying. I mean, that’s the cool thing about indie games! You can make those games that you want; you can take those chances.

But, is this really an indie game? I see the term “AAA indie” thrown around with some games, and it’s true. There are studios out there that, yeah, sure, don’t have a publisher. But, with a physical office where a dedicated development team of 15 or more employees work from 9 to 5 on a company budget, it’s tough to really consider them in the same category as a solo developer working at home. I personally struggle to call some of these companies “indie developers”, despite the technical lack of traditional publisher support. 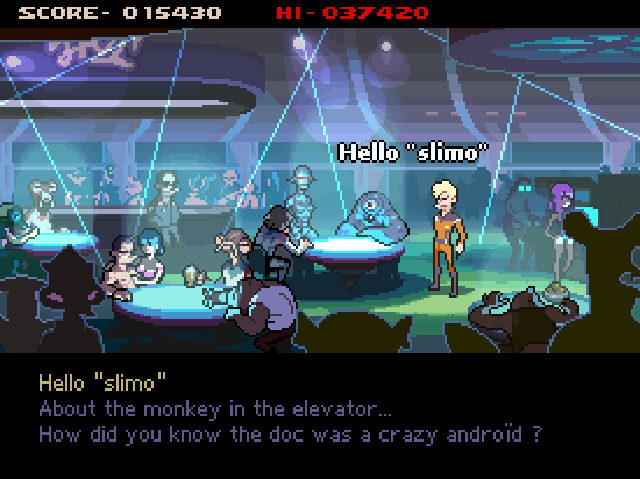 So, Starr Mazer looks pretty cool. The graphics are beautiful, the music sounds great, and the gameplay itself looks pretty promising. But, again—is it an indie game?

I feel like this is basically the peak of indie game development. You have a group of small-time devs with experience making solo or small-team games, all coming together to make one big game together. This isn’t a group of career developers from a AAA studio leaving their company to start their own while calling it “indie”. This is the indie devs you’ve seen around finally putting their practice to good use and making something great together.

For me, this is the sort of thing I dream about. In my experiences with the game development community, I see a lot of small games. I see people participating in game jams, or making roguelikes, or trying for the next “viral” mobile game. That’s fine, and there’s a place for all of those games—but I’d really like to see more games with some substance. Something that I can play for two hours and walk away saying more than just, “Yup, I sure moved those blocks around. I got a lot of items that time. Preaty neato.” With Starr Mazer, it just makes me happy to see a trailer that gets me excited, only to scroll down and see the names of people I already follow on Twitter or made games I’ve played before. It’s good to see indie devs going places. I’d like to see more of that. 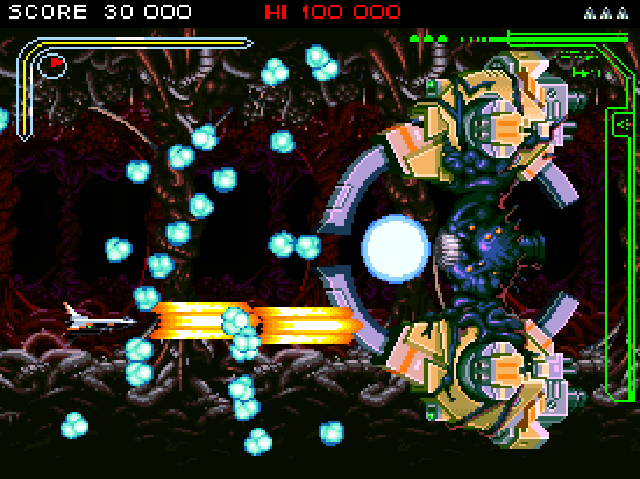 I mentioned at the beginning (and, in the title) that this article is also about Kickstarter. It’s curious to me to be posting so many Kickstarter announcements lately when the general consensus is that Kickstarter is no longer the magical money machine it was a few years ago. There’s been a drastic increase in the number of games going up on the service, while at the same time, people are beginning to understand that there’s a long, long wait before payoff—not to mention a chance of failure.

I’ve been seeing a movement recently of game developers trying out Patreon. For those not familiar, Patreon is a service that allows subscribers to pay a specified amount to content producers on a monthly basis. This is a great way for artists, musicians, and YouTube personalities to all make money doing what they love, but it seems like a bit of a stretch to apply it to game developers.

But, that begs the question: How are indie game developers supposed to make money?

I can tell you that it isn’t selling indie games. This is both a reason why developers focus on pumping out short, simple games—and, also a symptom of it. Developers can’t afford to make anything that takes longer than a week to complete, and at the same time, there are so many short, simple games being produced with such poor quality (often for free) that players see no reason to pay the kinds of prices that would pay living wages for the developers.

So, in the end, please: Players, if you’re willing to pay $15 for a game on Kickstarter, be willing to pay $15 for a similar game that’s already on Steam, or on Desura, or on itch.io. And, developers: If you want to be making $15 per copy for your game, make a game that’s worth $15. Free games can be great, and practicing is fine, but players begin to expect all games to be free, and in seeing the poor quality of free games, are less willing to risk paying for games when we’re all found in the same place under the “indie” tab.

That's right: GameCola contributors Mike Ridgaway and Christian Porter are LIVE right now at PAX East in Boston! Keep checking this post (or their Twitter feeds) over the next few days for live upda