Retro games are everywhere these days, but if there’s one thing I’ll never be able to get enough of, it’s games that try to accurately emulate the limitations of an original system. Steel Assault is definitely one of those games! 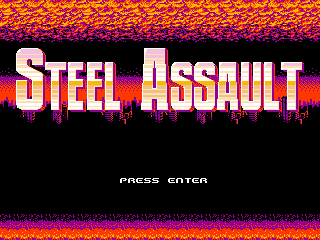 It’s an NES-styled action platformer reminiscent of classics like Shatterhand and Ninja Gaiden. The team is paying close attention to the technical limitations of the system and the stylistic tricks that developers employed late in the system’s life cycle, giving a great NES look and feel to the game (but, without sprite flicker). You can read all about their methods if you visit the Kickstarter page; just scroll down to the “Artstyle” section and you’ll see what I’m talking about. 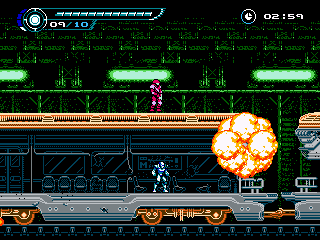 I’ve been following the development of this game on Tumblr for a while, and just yesterday it went up on Kickstarter—already having raised $1,200 of their $8,000 goal in just the day it took me to post this! If they keep that up, they’ll be funded before the week is over. A copy of the game is only $10, but if you don’t have the cash, you can always vote for them on Steam Greenlight or follow them on Twitter. No game can be successful without support, so it’s probably a good idea to do those things even if you do pay. So, what are you waiting for?! Go spread the word about Steel Assault!

Last month in Pudding, I ran my own personal list of the Top 5 Xbox Live Indie Games from 2010. This month, courtesy of Joystiq, we have: everyone else's list. It's based on sales figures—specifical ...