The 2010 holiday season is rapidly approaching, and that means you only have a few more weeks before your extra money is monopolized by gifts for loved ones. Now’s the time to blow as much extra money on yourself as you can; that way, you won’t have any money left near the holidays and can justify purchasing all of your loved ones’ gifts from the dollar store. However, that doesn’t mean you should throw your money away on just any game. Keep it cheap with all of these under $25 games, and you can buy more. After all, you may not have any money to get new games again until January, so you’ll need plenty to keep yourself busy.

Amazon.com is currently selling the Xbox 360 version of Bioware’s sci-fi action-RPG epic Mass Effect 2 for $24. This is an incredibly good deal, especially considering that the PS3 version costs nearly three times that amount. Also of note, if you haven’t picked up the original I would suggest doing so at $20, also on Amazon. Two must-have Xbox games, twice as many alien broads to nail and about 100 hours of time-suck for $44. Not too shabby.

If you’re looking for some fighting action, you’re probably looking for Street Fighter IV, and for $15 why the hell wouldn’t you be? Like the above, it’s Xbox 360 only, I’m afraid. The PS3 version costs about twice as much for some reason. If you’re anything like me, you rue the slow demise of traditional turn-based RPGs. Even Final Fantasy, the archetypal turn-based RPG, is slowly integrating action into their games, as evidenced in their newest game Walk a Few Steps, Kill Something and Repeat Until the Game Ends XIII Final Fantasy XIII.

Thankfully Blue Dragon plays like a classic RPG. It’s a bit weak on story, but for $10 it’s an absolute steal.

Oh, and sticking with the theme of shafting PS3 owners, it’s an Xbox exclusive.

Admittedly, this one isn’t so much of a game as it is a psychological experiment. It’s surprisingly capable at sucking you in and killing an hour or two, though. 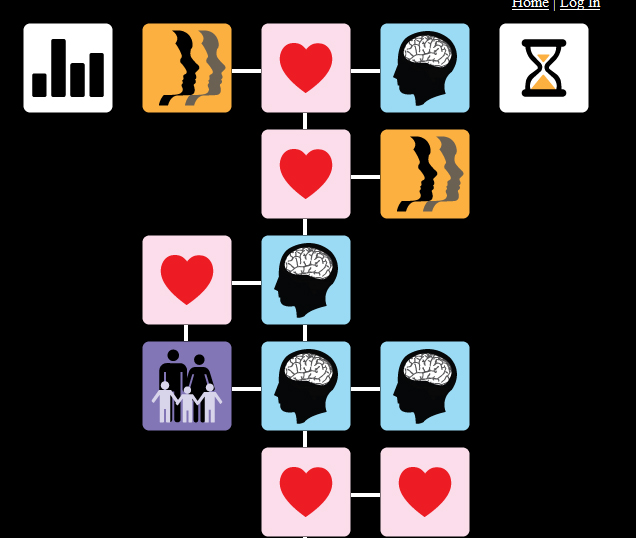 It’s essentially a Choose Your Own Adventure game in which you navigate the development of a person from birth to death. Play as a jerk, and you’ll set your house on fire and die in the smoldering wreckage. Play as a nice guy…and you’ll probably still just die of cancer at the age of 30 a week after your mom dies in a car wreck. Hey, I said it was free; I didn’t say it would cheer you up.

And hey, lucky you, PS3 owners. It’s browser-based, so you can play it on the PS3. That’s a feather in your cap that you can wear proudly in your next heated PS3 vs Xbox forum post.

Two out of three of these deals are from Amazon.com, which charges you a shipping cost for any orders under $25. Now, if you buy both games, problem solved. However, if you already have one or just don’t want one of them, you can always pick up a filler item. There’s several services that will help you find a suitable filler item, including:

For the longest time, I couldn't play Out of This World, the acclaimed side-scroller in which, as one GameFAQs user put it, "failure is almost unavoidable." I was too scared to. Right at the beginning ...