Professor Layton then gets a letter from ten years in the future, saying the world is in trouble, and they need Professor Layton’s help. This letter is signed by Future Luke.

Luke and Layton follow the instructions in the letter, which involves visiting a clock shop, and they get taken to…THE FUTURE! At least, it seems like it’s the future. All the streets and buildings have changed, and the dates are all ahead by ten years. Everybody in town seems leery of Professor Layton’s top hat, although no one has said why yet.

Our heroes just got a second letter from Future Luke, which says to go to a hospital. They have nothing else to do, so they decide to go there. That’s as far as I’ve played. 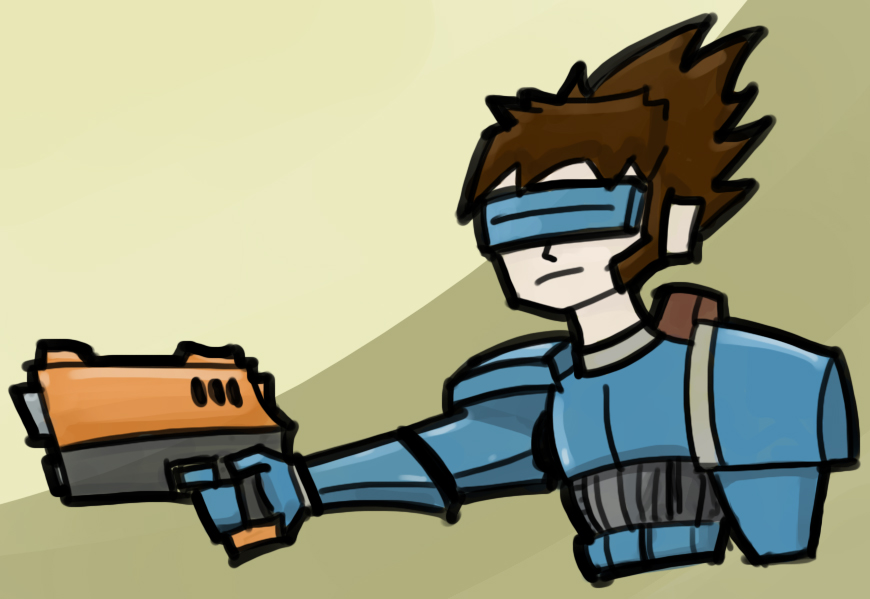 An artist’s depiction of Future Luke. Picture by Colin Greenhalgh.

Now, the other Professor Layton games have come up with ridiculous explanations for their mysteries. In the first game, everyone in town is a robot. In the second game, the entire town is a gas-induced hallucination. So obviously, Professor Layton isn’t really in the future. There is a perfectly logical, i.e. totally ridiculous, explanation for what’s going on.

So far, I have come up with the following possible explanations for what’s happened:

I’ll keep you guys updated with the plot of the game as it goes along, but for now, it seems like an interesting mystery! Also, the puzzles have all been good so far, except for the train station one, which was total nonsense and impossible to figure out without guessing because the puzzle description was poorly worded. I had to resort to random guessing, and it took four wrong answers before I got it right. I say they replace that puzzle in later copies of the game. The other puzzles were good, though.

This month’s adjective: It’s still Bibletasticness. The Bibletasticness score does not factor in to the overall score, but it will let you know how closely these games follow Biblical scripture ...