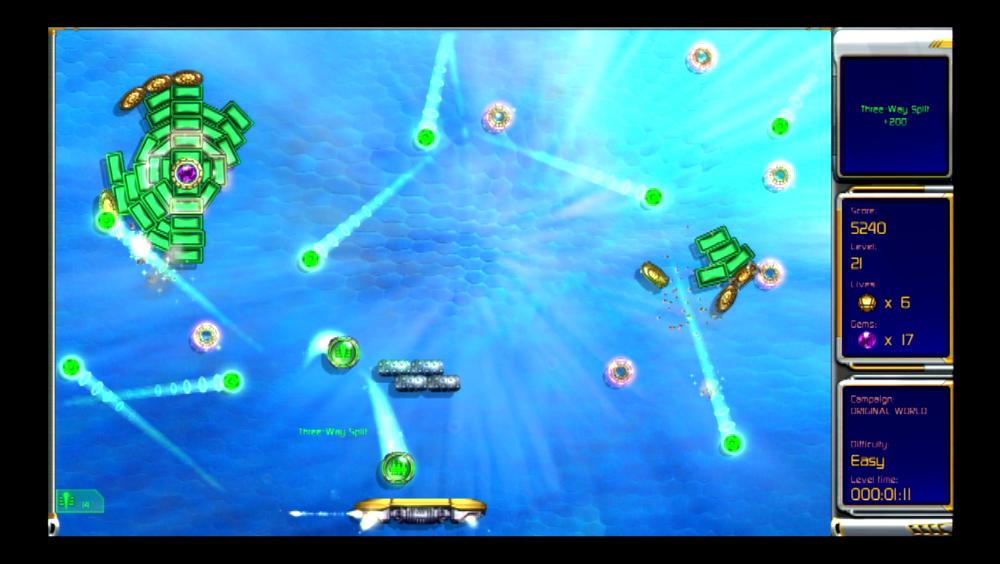 I reviewed Hyperballoid HD some moons ago (whilst it was only available in Europe), and since then, it has been released on the PlayStation Network in America. Alawar Entertainment has recently released brand-new downloadable content for the game, as well as a patch that enables the DLC and fixes a few of the issues that stifled the original game.

The aptly titled Original Worlds DLC adds a brand new world and a brand new campaign to the game, and it brings the total number of campaigns in this game to three. It’s 50 levels long and adds another two to three hours of gameplay, depending on the speed at which you play. There are new block and power-up types included in this campaign.

It is the first of many downloadable worlds planned for the American and European versions of the game. It’s currently only available in Europe, and it costs £1.59 (which is fairly low for downloadable content, roughly two dollars) and requires Hyperballoid HD to play. 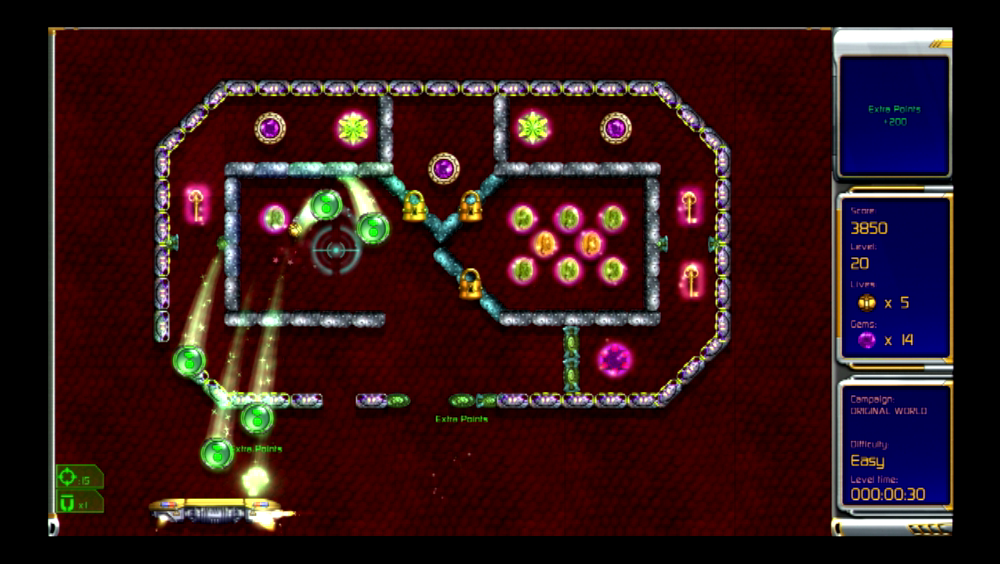 I’ve obviously gone mad. I gave Hyperballoid HD a 6 back when I reviewed it in January, because it Arkannoyed me so much when I was playing it. I haven’t gone back to it in six months, and now I’ve shelled out the measly asking price of £1.59 in exchange for the latest downloadable content for it. Since going back to the game, I’ve noticed I’m a lot less peeved by its nuances. Nevertheless, even if I could change the score, I wouldn’t. Not even for GameCola to get a mention on the reviews page of the game’s website (how can someone give this game a ten out of ten? I smell LIES).

That said, there is one thing I’m very happy with. The patch, released at some point between my review and the DLC release, has fixed the sound bug that I’d previously pointed out. So our review obviously got read, or enough people kicked up a fuss. (Probably not the latter, because it seems everyone who was sent a redeem code, other than us, sugarcoated the game to try to appear on the reviews page.)

At least by having fixed the sound bug, I can promise my family members that future late-night Hyperballoid sessions with cringe-worthy 90s classics won’t awake them from their well-earned shut-eye. 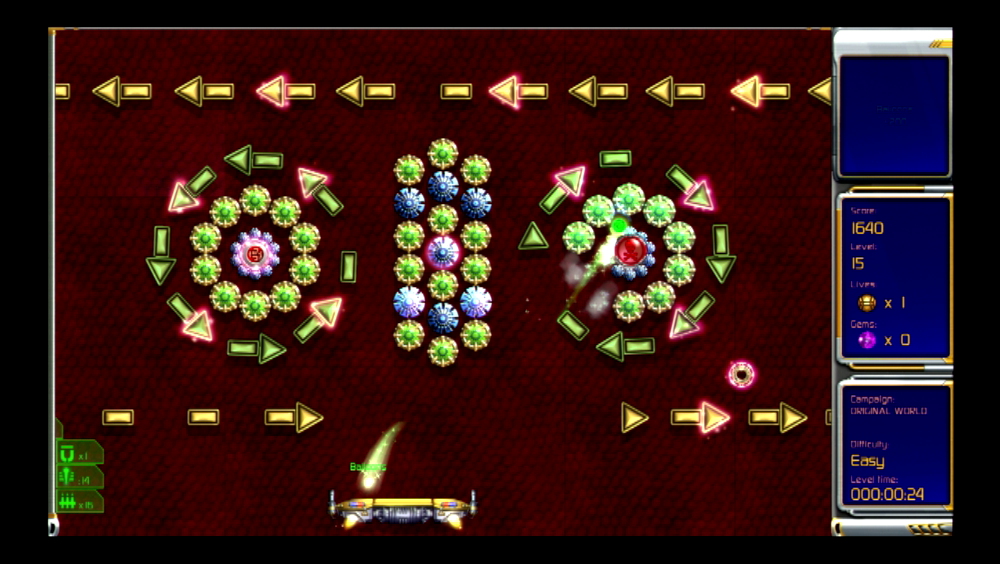 Everything I said about the game is still true (that it stinks like a certain plumber’s dungarees). It’s one-hundred levels of the same thing, and there’s a lot of the old “ball-manages-to-avoid-the-last-few-blocks” that tends to happen in Breakout. Fun-fun-fun until your daddy takes the T-Bird away.

Having staved off the game since I reviewed it six months ago (only loading it once or twice out of sheer boredom), the DLC gives Hyperballoid a new lease of life, a generous act of giving that I don’t feel a strong need to sully. Just like the other two campaigns , you can load up from any level you’ve played up to, which is quite useful if you get a Game Over.

This DLC campaign doesn’t have the same visual “wow-factor” that the Ancient World campaign possesses, and it doesn’t have the brilliant musical “sweet-serenade” that the Planets World has—it’s subpar in both areas. Actually, this DLC doesn’t appear to have any music. It might just be a bug, but every time I’ve loaded this campaign, I’ve been greeted with silence. Oh well; I’ve still got my Atomic Kitten greatest hits on here, so I’m not complaining. That’s a big mistake to make, though.

The levels themselves are quite creative, even if they share the same problem as the Planets World—eye-bleedingly visceral to look at. They’re not as hard as the previous two campaigns, but still occasionally break down to those “ten bricks/one ball/no power-ups” moments that are all too common. Playing on harder difficulties does actually make the game go a smidgen faster, so if you feel you’re hanging around for too long, up the difficulty and stop being a wuss. 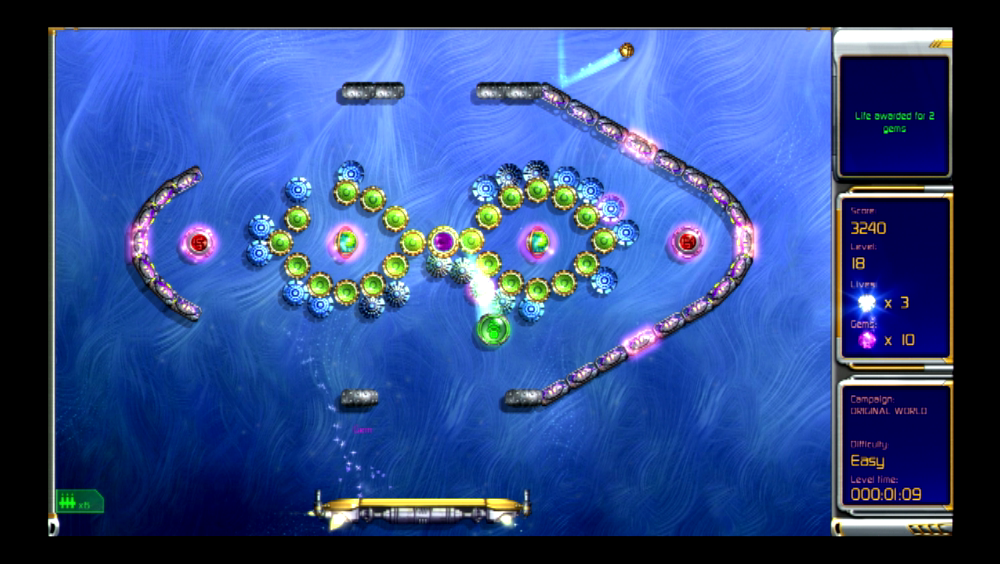 The downloadable content also adds a new silver Trophy, which is hidden. To unlock it, you have to complete all fifty levels in the new campaign. You probably will anyway if you buy the bloody thing.

All in all, for its small asking price, this downloadable content does what it sets out to do. It adds another big chunk of playing time, a new Trophy, new power-ups, new brick types, and more. The recent patch fixes the sound issues that plagued the original release. If you already own Hyperballoid HD, there is no reason why you should not grab this DLC.

...are definitely not these.