Naturally, I’m super-excited, because I like both of them, and because mystery crossovers are always good. Think about it! Nancy Drew meets the Hardy Boys…Sherlock Holmes versus Arsène Lupin…OK, those are the only two mystery crossovers I can think of, but they were both entertaining.

I have about a million things to say about this game, but I’ll try to limit myself to three.

1. The game takes place in an imaginary, magical fantasy realm…and in the Middle Ages.

Wait, what? Can’t the two of them meet in a normal way?

Now, some people are saying that there is no possible way Phoenix Wright could ever meet Professor Layton. After all, they live in different countries. That’s why they had to use magic to explain how the two could meet. Any other explanation would just be silly.

I say, “Nonsense!” You want an explanation that makes sense? Phoenix Wright goes to England at the request of his British friend, Miles Edgeworth. While there, he runs into Professor Layton. There you go! That’s a really easy and believable backstory for Phoenix being in London, and no magic is involved!

Also, the Middle Ages is kind of a thousand years long. Could you be more specific as to when this game takes place? Personally, I think it should take place during the 1200s. That was the height of Scholasticism, when everyone was super-excited about logical thinking and argumentation, which is the perfect fit for Layton and Phoenix.

Of course, the Professor Layton series tends to not take place where it’s supposed to, so it’s entirely possible that this game will not really be in a magical medieval town after all. 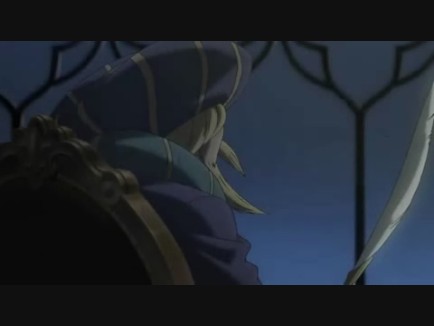 An evil beard and mustache combo? This guy means business!

The plot of the game is that a bad guy called “The Storyteller” has a magic book. Everything he writes in the book comes true! Clearly, the game’s producers were inspired by my Phoenix Wright fanfic where everything Maya writes on her laptop comes true.

I’m pretty sure that the big revelation at the end of the game is that the book isn’t magical. “The Storyteller” is just really good at guessing what will happen.

Also, there’s a woman being accused of witchcraft. Phoenix is defending her from those charges, while Professor Layton is accusing her. She has read The Storyteller’s book, so she knows what will happen…she knows that she will be killed soon.

I’m pretty sure that our heroes will put aside their differences and team up to save the young lady and stop The Storyteller.

3. Phoenix and Maya are in this game 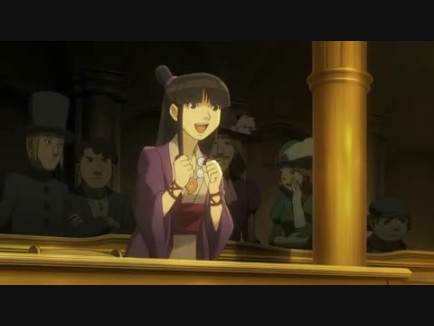 Phoenix and Maya are in this game! Hooray! They might be the main characters of the series, but the last time we saw them together was in 2007. Since then, there have been two new games in the series, but neither of them had Maya in them. Also, one had a plotline where Phoenix became a drunken hobo.

…It was not a pretty sight.

So, yes, it is a good thing that we get to see Maya and normal Phoenix Wright together again. Also, Phoenix and Maya now have voices! Hearing them talk should be pretty cool! The voicework for the Professor Layton games has been good so far, so I’m guessing that their crew will do a good job on this game.

Especially because the voice actress who plays Nancy Drew also plays Luke in the Layton games. If she does her Nancy Drew voice for this game, it’ll be just like a Nancy Drew/Phoenix Wright/Professor Layton game and–