After a four-year hiatus, we bring you the next installment of “A Very GameCola Wedding“. This is Part Four, titled Live Free or Wed Hard. Why? Because staff writer Michael Gray got married on the Fourth of July, Independence Day. 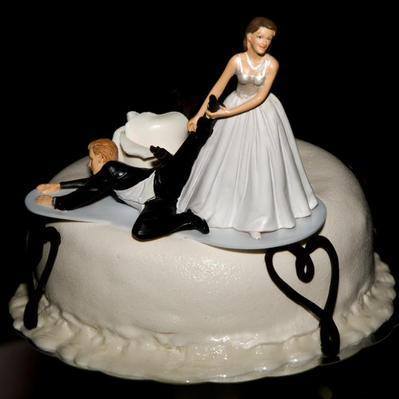 I think he is reaching for a game controller.

Katie and I picked the date because I like American activities, and she works for the IRS. (Spoiler alert: She’s going to audit everyone who didn’t get us a wedding present.) Mainly, though, we didn’t want to forget when the wedding was. That would be embarrassing.

The first thing we did was invite all the GameCola staff members to the wedding. As it turns out, having a wedding on a national holiday is not the greatest idea. Half the staff members are going on vacation that weekend, and the other half live in different time zones. I knew we should have included online multiplayer in the wedding package!

But wait! Doesn’t Diana Gray live in California? She could attend! Alas, Diana made plans to dress up like the pigeons from Hatoful Boyfriend, and that would totally clash with the bridesmaids’ dresses. So we wisely decided to prevent her from attending by drawing Miles Edgeworth on the RSVP. There’s no WAY she’d be willing to let that RSVP leave her possession. 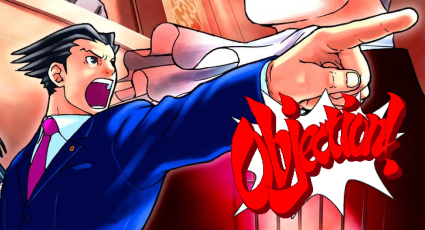 Phoenix Wright was not invited to the wedding since he always objects when someone asks if there’s a reason these two should not be wed.

Planning the wedding itself wasn’t the easiest. In 1991, the Catholic Church released the Rite of Marriage, 2.0. The English-language version didn’t hit the United States until 2013. That’s almost as long as fans have been waiting for Legend of Zelda: Cross-Dressing Edition. Upgrading to the new rite required some tricky programming, especially since Mother-in-Law.exe is still running on 1950s servers.

To prepare for the wedding, Michael and his fiancée played Grim Legends: The Forsaken Bride. We thought it would be hilarious to play a game about a bride getting stood up on her wedding day. The game ended up taking forever because we got distracted by cats and other random things. We didn’t even notice when the video stopped recording for fifty minutes. No time to go back and re-record, though! We’ve got a wedding to plan!

Oh, and how could I forget? The wedding features the return of Paul Franzen, star of the second GameCola Wedding. Paul served as the best man, and he bought Michael a special book! 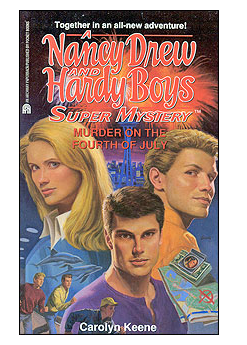 Murder on the Fourth of July, huh? Either Paul has been playing Francy Droo and the Mystery of the Missing Mother-in-Law too much, or he’s sending a subtle message about how he thinks the wedding will end. He also sent red towels, presumably to wipe up all the blood from the murder.

Too bad, Paul! Nobody died at all! At least, I think not. I don’t know how the actual wedding went, because I’m writing this column ahead of time. Let’s just say if you see me online on the fifth of July, playing dating sims and crying, things did not go well.

The wedding was a complete success! I can’t confirm that nobody died, but I survived and that’s what matters. That means I’ll be able to put off playing dating sims and crying until after the honeymoon.

The GameCola crew even showed up to give the best bachelor party ever! On top of that, we even had a GC Podcast #10 Reunion as Marianne, Michael, and Paul were all in attendance. We tried to talk about the latest E3, but none of us saw it so we talked about Nicktoons instead. I guess it was a success, in that respect. We even have photographic evidence. 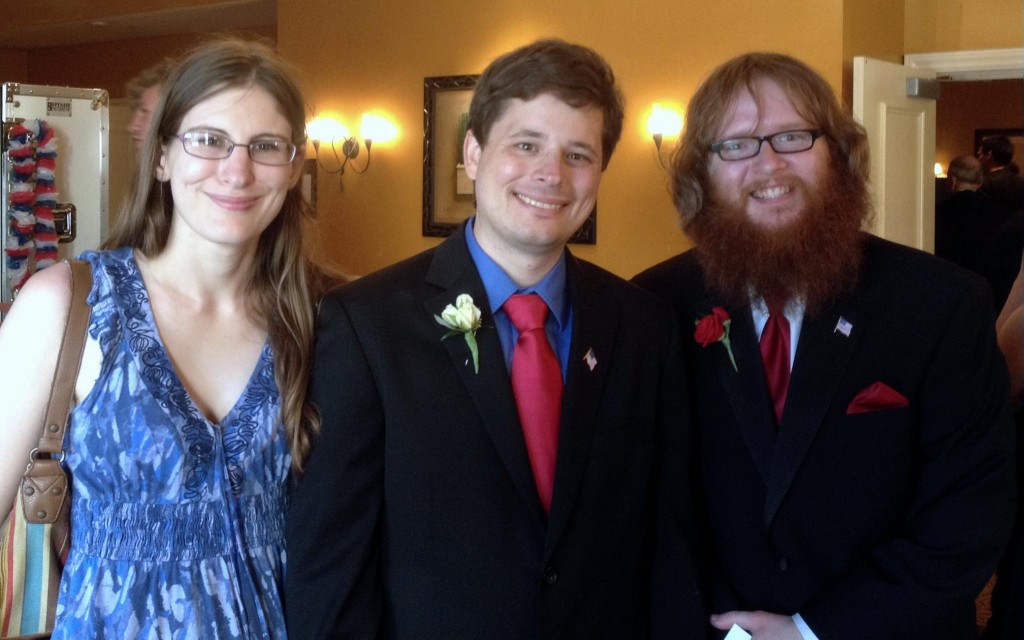 That proves it! I’m officially married. Maybe now Jeddy will consider it when I ask for a raise in my GameCola staff salary. I’m a family man now, after all.

Oh, and before you think that I got married to Marianne (or Paul), I’ll end with a picture of the happily married couple. 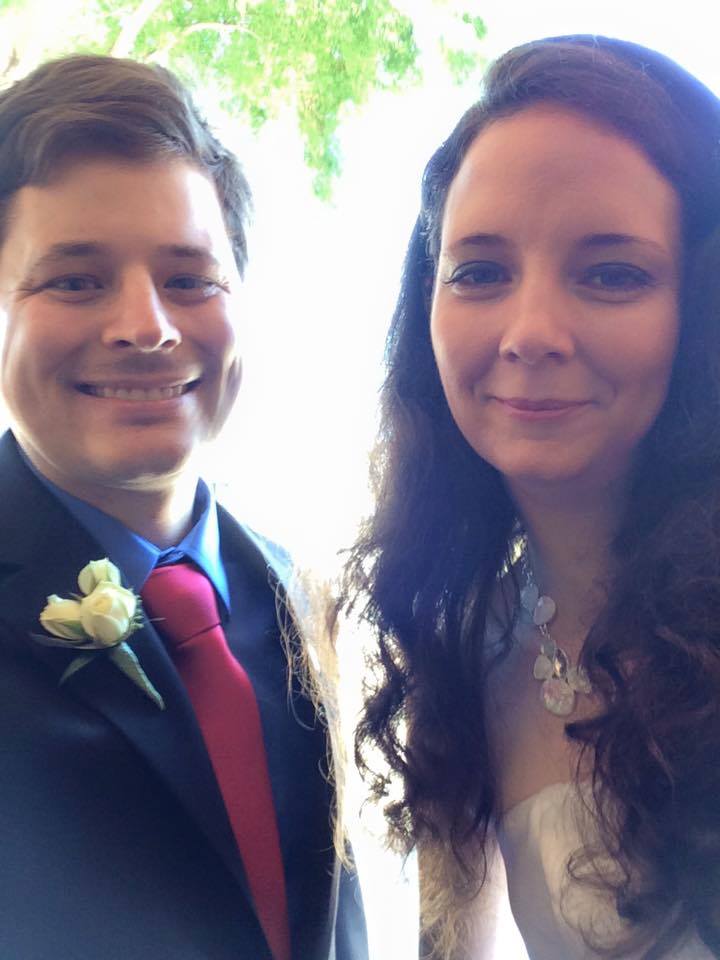 He did it! Michael Gray made the front page of GameFAQs! That's cool, right?