In the late ’90s, there was a company named Humongous Entertainment that made adventure games for children. Each one of their series was designed for a different age group.

I always stayed away from the Freddi Fish series. I mean, is it even possible to make games for children so young, they can’t talk? That seems like a bad idea.

This year, Freddi Fish 3: The Case of the Stolen Conch Shell was released on iOS as Freddi Fish and the Less Long Title. After ignoring the series for over fifteen years, I thought it was high time I checked it out. 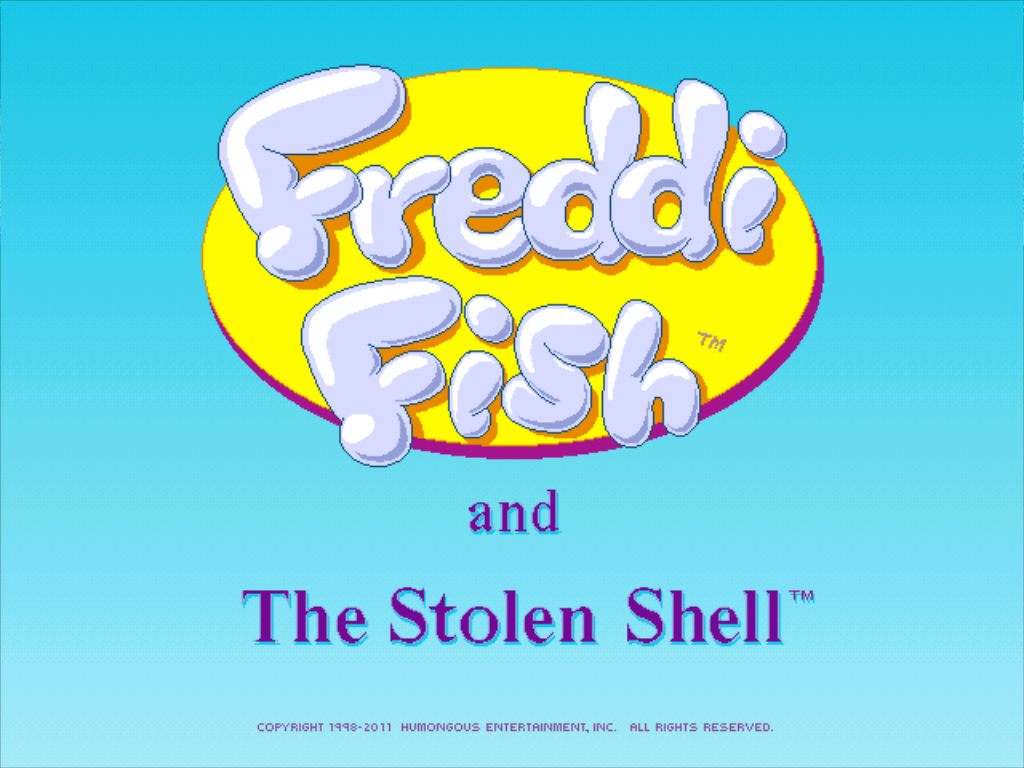 Next up: Freddi Fish and the Mystery of the Poorly-Edited Title Screen

In this game, Freddi Fish teams up with her best friend, Luther. Luther is the comedy relief, who talks in this voice the entire time and it makes me want to rip my ears off, Freddi! Ha ha!

It took me a very short time to dislike Luther. I got used to his grating voice, just in time to appreciate his lack of comedic depth. He repeats the same general joke pattern, for the entire game. Sure, the kids who are playing the game probably won’t notice, but I was dying for a little variation in Luther’s humor. Especially since, the two or three times he did break the established mold, he was legitimately funny.

I think I’d like the game better if Freddi was alone for the entire adventure. She’s not a bad heroine, and she certainly seems capable of doing things herself. I just feel like Luther’s holding her down; all the energy she spends keeping Luther in check could be better put to use elsewhere.

Further overanalysis of this preschoolers’ game reveals that all the secondary characters are one-dimensional props. In their defense, they don’t have time to develop real personalities. Nobody has more than three lines, the three lines being:

1. “Hi, Freddi! My only reason for existing is so you can have a puzzle to solve.”
2. “Here is a hint for the puzzle whose solution is obvious.”
3. “Wow, Freddi! You solved the puzzle! I will resume being unimportant now.”

The one exception to this generalization is Uncle Blenny, who is clearly the best character in the game. He’s the only character who’s important to the plot, so they actually put some work into making him interesting. The highlight of the game is when he sings Nobody Knows the Trouble I’ve Seen, while locked in jail. 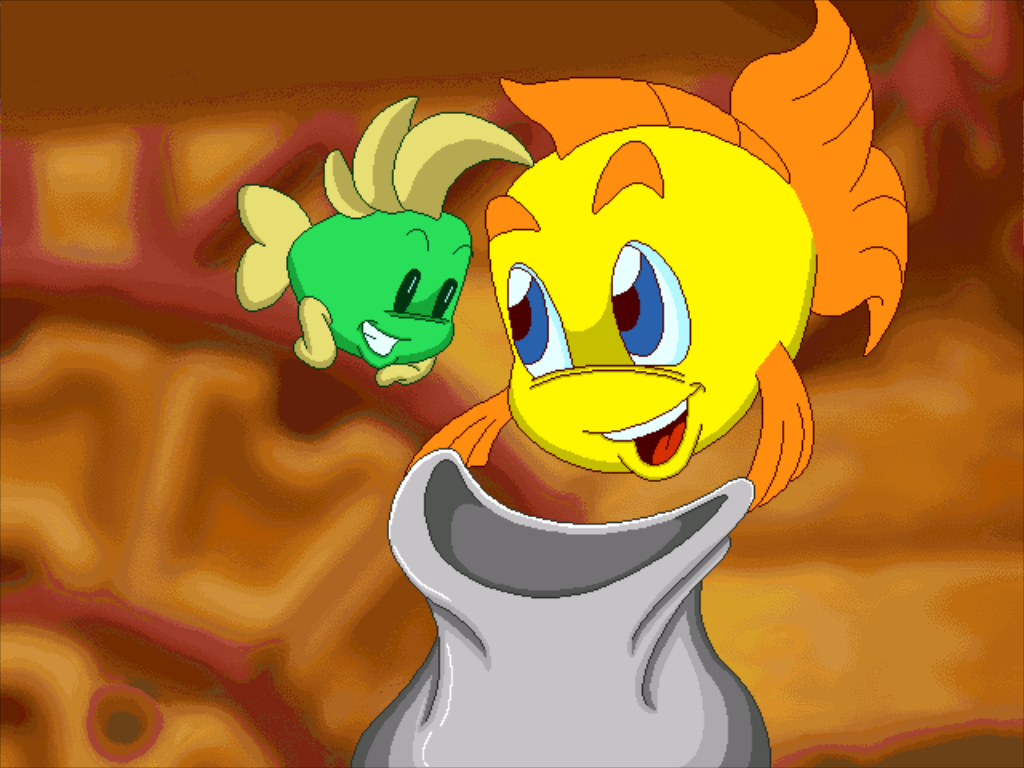 The animation quality is not always consistent in this game.

The game has eight major puzzles, which are randomized so you only get three of them, each time you play. That way, you have to replay the game at least twice in order to get all of the puzzles. It’s a nice system, allowing for over a hundred variations in the way the game is set up.

The downside to the system is that everyone who is not connected to one of the three puzzles immediately becomes irrelevant. And no matter which of the hundred variations you’re playing, that makes over half of the material in the game little more than useless filler. You’ll just zoom past those screens, without even a second thought.

Speaking of the game’s setup, I was surprised to see that it has a distinct endgame sequence, which consists of a maze and two puzzles. Even better, Freddi does this sequence by herself, with no Luther in sight. It was surprisingly well done, compared to the rest of the game. So despite the game’s numerous failings, at least they ended things on a high note. 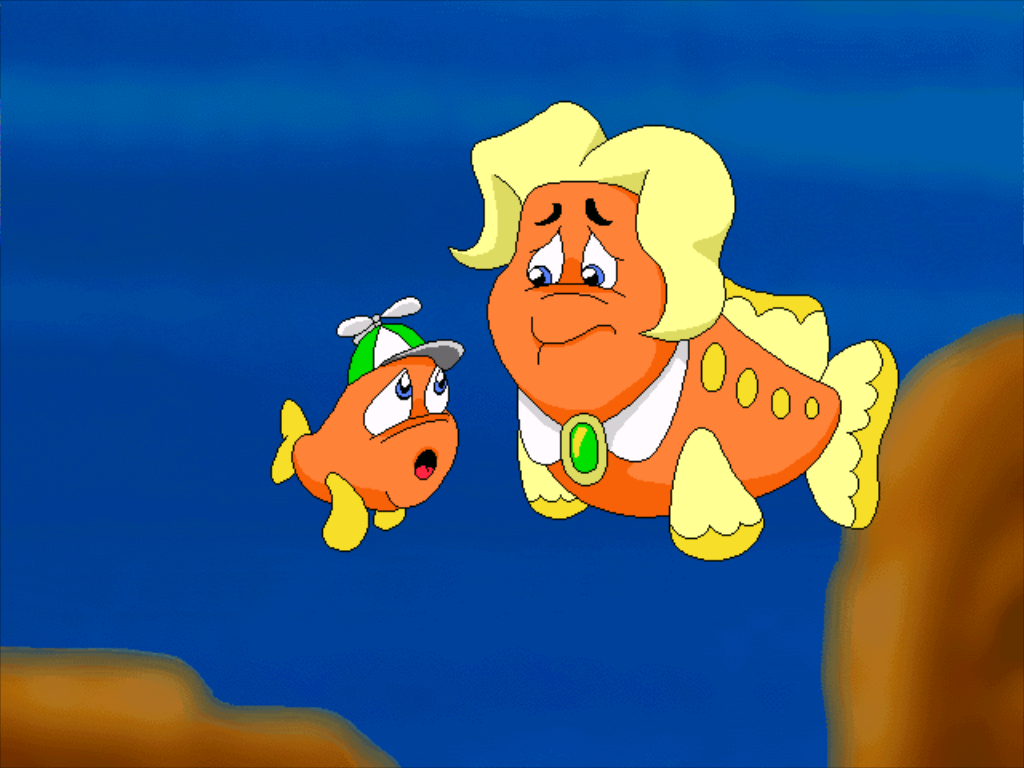 I can’t tell if that’s Mother Fish, or if Father Fish is in drag again.

In conclusion, Freddi Fish and the Stolen Shell simplifies things to the point where the only challenge older players will have is finding a way to enjoy it. To be sure, it could be a lot worse, and there definitely are at least three or four fun things in this game. However, it’s nothing like the other series made by the same company, which are far superior.

Will the target audience of very young children enjoy this game? Most emphatically yes. In the end, I guess that’s all which really matters for the success of the game.