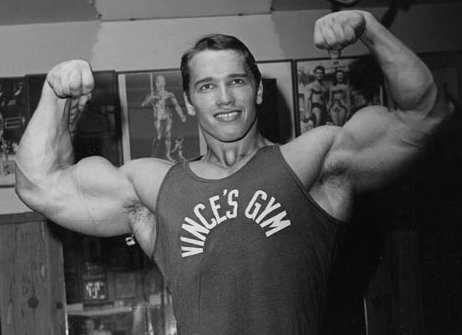 I’m a little hesitant to express any opinion on the whole “Arnold Schwarzenegger vs. Videogames” Supreme Court hearing that took place today, because:

1) There’s nothing really that comedic about it, and
2) I don’t actually know what my opinion is.

On the one hand, I’m all for keeping Grand Theft Auto away from little kidlets, because there’s no way they should be playing it in the first place. Maybe a law isn’t necessary to achieve that aim, but, since I’m not 12, it doesn’t really affect me if it’s illegal to sell M-rated videogames to minors, or movies or books, for that matter.

On the other hand, it seems like Schwarzenegger is singling out videogames here (and, weirdly, he’s not talking at all about violent movies such as Terminator), which is kind of obviously illogical, since violent videogames have the same exact (nonexistent) effect that violent movies and books have on people. It also seems like they’re talking about superseding the ESRB to allow the government to decide what’s violent on its own, which sounds like a pointless waste of money, since the ESRB is already doing its job well. (Have you ever noticed an ESRB rating being way off?)

On the other hand (I have many), people are worried that, if such a law were to pass, it would stifle videogame developers’ “creativity,” because they’d be reluctant to make games with “mature themes,” since they’d be harder to sell. Of course, this doesn’t take into account what videogame developers typically (and ironically) consider to be “mature themes,” which basically consists of boobs, gratuitous violence, and naughty words. Maybe it wouldn’t be a bad thing if they weren’t able to rely on “mature themes” as much as they do now.

Anyway! It looks like at least some members of the Supreme Court agree with the Good Guys; check out these select quotes compiled by Joystiq from today’s hearing, in which various Justices verbally smackdown the Bad Guys. (They probably did this to the Good Guys, too, but Joystiq didn’t cover this.)

What do you guys think about all this?

There's a lot of free games available on the iPhone, but they're all rubbish in every respect. Blood Glory is an exception to the rule. Gladiator Meets Punch-Out!! Ignoring the fact that this game i