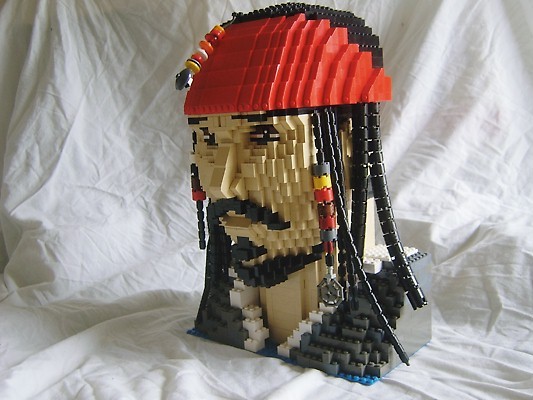 You know, I keep getting amped up for these LEGO games, because I loved the crap out of LEGO Star Wars (it was even voted as GameCola’s Game of the Year for 2006!), but I’ve never actually played any of them besides the Star Wars one. They’re still awesome, right? There’s no reason they shouldn’t be; the formula they came up with for the first LEGO game should be easily transferable to basically any franchise ever.

Anyway! Destructoid reports that Traveller’s Tales is working on a LEGO Pirates of the Caribbean game, to encompass all four (four?!) movies, and to be released around the same time as the fourth (fourth?!) film in May of 2011. I can’t wait for the part where Jack Sparrow and his 50 dream-clones are attacked by an army of crabs in the middle of the desert, and I leave the theater in confused tears, wishing I could un-see it all.

I remember a simpler time when games weren't considered "art."