Downloadable content, they call it. You mean nickle-and-dime content, surely? When we buy a game, we like to think we’re getting it all. The disc is ours, and so is everything on it. We get to choose how we enjoy the product we just bought—well, that’s how it used to go. But then came the dark times, living under the tyranny of DLC.

One game is standing up against those practices. One game is telling developers “NO!”, in the loudest squeak it can muster. That one game, my friends, is—

This is one of those games that needed to be made. DLC Quest is a piece of satire so blatant you’d think Going Loud Studios do not understand the meaning of the word subtle. They do, though—how else could they offer us the subtle parallax background DLC?

Every single joke in this game is a direct stab at the heart of these terrible business moves that gamers have been accepting for years; getting ripped off for in-game purchases despite having already bought the game. Starting as it means to go on, DLC Quest begins without several features that come as standard in videogames. There’s no pause menu, no music or sound effects, no jumping and you can’t even go to the left. No, all of these have to be bought as DLC.

Yes, it’s an over-the-top scenario, but it’s feasible, too. Modern games are missing so much, even difficulty modes, behind a pre-order pay-wall. I’m glad someone is standing up against this!

The content is bought using coins collected in the game. If you actually had to buy proper DLC, the game would be a hypocrite. The number of coins in the game, DLC upgrades and features are measured carefully to make sure the game cannot be broken. This also means the experience is quite linear, and I doubt you’d want to play through it a second time. It’s a game that relies on its humour, without which the game would be relatively bland and valueless. 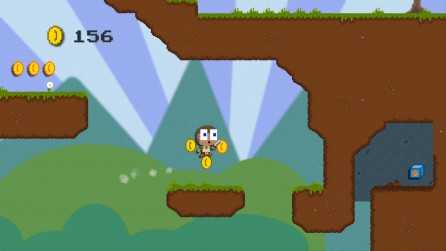 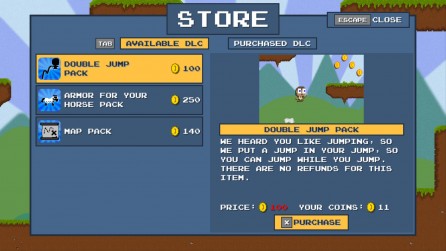 The game is riddled with jokes pertaining to pop culture, video games and bad business practices. You may encounter a character who resembles a certain RPG hero, who goes by the name “Random”. Get it, it’s a Random encounter. Narf.

NPCs will tell you they have no relevant dialogue, or will ask the player to do outlandish things that they cannot achieve. It’s nice to see some traditions getting a kick, not just the DLC itself. I like it when games make reference to some of the dumber staples we’ve come to endure throughout the decades.

Despite the humour, there isn’t much else of substance in DLC Quest. It’s like watching a cartoon parody, but it’s a game. So you’re essentially playing through a parody that only really serves as a vehicle for the jokes. Which is fine considering the budget price, the fact it’s an indie game and that the game comes with a second quest, Live Freemium Or Die. 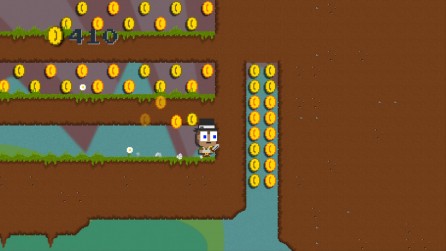 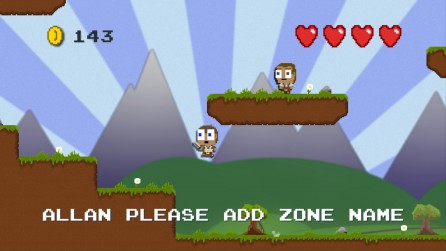 Freemium is a longer and more fleshed out experience, and is further separated from the previous quest with different gameplay mechanics. Instead of a double jump, you’re required to buy and use a wall jump power instead. Each quest has bonus stupid DLC which has to be found before it can be purchased. The first quest includes Horse Armour (a stab at Bethesda if I ever saw one), zombies and sexy outfits DLC. The second quest has a practically useless health meter and DLC that adds parallax scrolling to the background.

The sole point of playing the game is to appreciate the humour. Besides that, there’s no real reason to play through. I wouldn’t suggest watching a play-through because you’ll have many more jokes ruined for you. If you despise money-grabbing DLC and in-app purchases with a vengeance, hate always online DRM so much it makes you want to tweet cuss words, and you wish it was legal to rip out the throat of the admin who just gave you a ban, I think the humour is right up your alley.

Sometimes I feel like I was born a decade or two too late. I was born just as the morose and depressing 90s began, but I have never had a love for Nirvana, Radiohead, Red Hot Chilli Peppers or any of