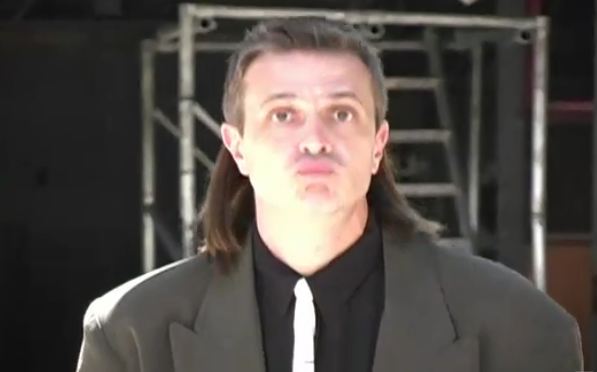 It’s no secret that I’m a big fan of the original Two Worlds. No, Captain Eric wasn’t lying when he mentioned that in Psychic Thumbs—I really did enjoy Two Worlds. I didn’t come across too many of the glitches that were apparently rampant in other people’s copies of the game, and once I turned off the voice acting, and stopped paying attention to the story…and stopped trying to edit the dialogue in my head, I…wait, where are you going? I swear it’s awesome! You have to believe me!

OK, so I really just liked Two Worlds because it’s a much less overwhelming version of Oblivion. Also, I have terrible taste, and you should never ever buy anything just because I say I like it.

Anyway! SouthPeak has released the latest in its series of ads for Two Worlds II, which utilizes the often-ignored marketing tactic of “Gee, wasn’t our last game terrible? We promise our new one is better. Pinky swear.” In this one, the company thinks you should buy Two Worlds II because of 1980s pop music. (SOLD! I’LL TAKE THREE!) Take a look:

Discussion Topic: THIS IS THE BEST THING I HAVE EVER SEEN IN MY ENTIRE LIFE. (Note: Not an actual discussion topic.)