I think they should make a game about my cat. Her life is an adventure unto itself.

See, most cats just like to take it easy. Their daily routines involve a lot of sleeping, and lounging, and the occasional tummy rub. If there is a sunbeam to be had, they will find it. If there is an empty lap nearby, they will fill it. Their lives are spent in the pursuit of their own comfort, all else be damned. Other than that, most cats are just really freakin’ lazy.

Rogue is not a normal cat. We figured this out pretty shortly after we brought her home from the shelter when she was but a wee kitten. Per the recommendations of the SPCA staff and the “So You’ve Got a Kitty” DVD they sent home with us, we started her out in the bathroom so she could get used to the apartment without feeling overwhelmed. After about an hour or two had gone by, we thought she was doing well enough to be let out. We figured she would probably be scared and immediately head for the nearest hiding spot, but after a few minutes, she was trotting around the apartment like she owned the place. No fear, just an irrepressible curiosity and a desire to be everywhere she wasn’t supposed to be. 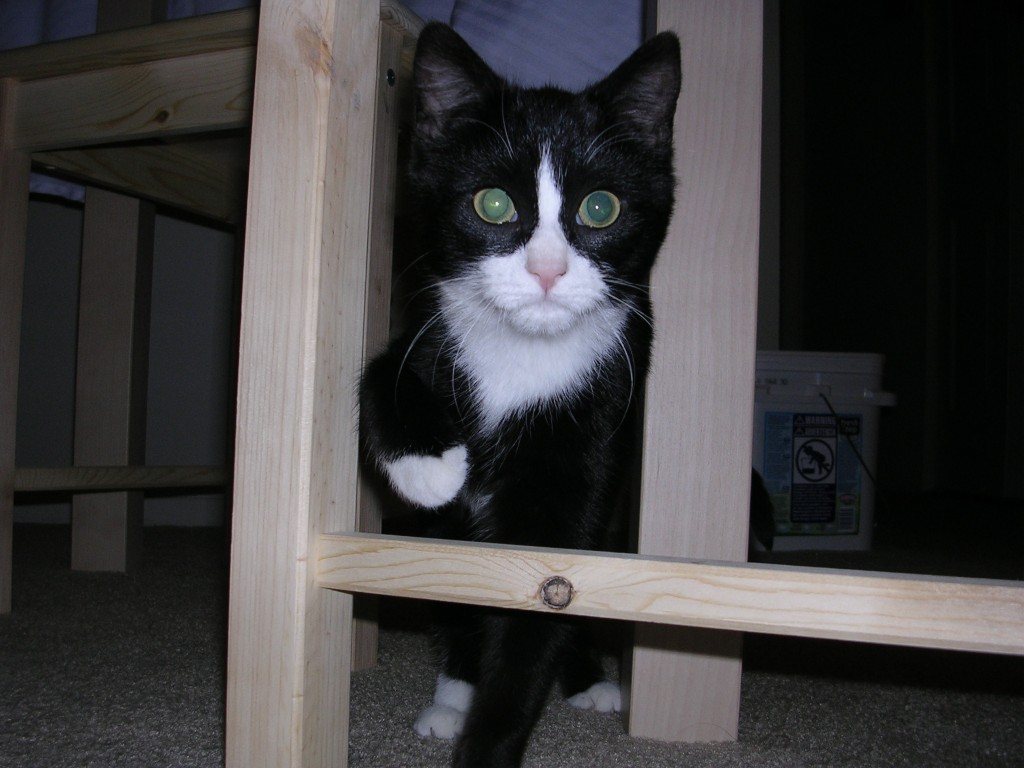 This trend has only continued over time. Take last Christmas. On Christmas morning, I awoke from my slumber to hear skittering above my head. Mike and I live on the top floor of our building, so believe me when I say this was not typical. My first thought, still lost in the mists of dreamland, was that I had been completely wrong about Santa Claus, that he was real, and that he was here to bring me presents. That, or there was a crazy man running across my roof, about to rappel in through my window and take away my presents. Either way, the potential implications were disturbing.

Mike awoke next to me with a start. For a moment, we lay there in silence and confusion. Then Mike uttered a single word—“Rogue!”—and we both bolted out of bed and down the hallway. Sure enough, the hallway closet had accidentally been left open, and our industrious little kitty had managed to find a way into the ceiling and was now having the time of her life romping about in the rafters. It was twenty minutes and a can of tuna before we finally convinced her to come down.

Her curiosity has gotten her into other situations as well. We have gone through about half of our glassware since getting her, and after the latest incident, which took place less than 30 minutes ago at the time of this writing, Ms. Roguey-Pop is still in the proverbial Doghouse. Mike yelled at her for a while and is still refusing to pet her. She is taking a nap. Somehow, I feel that the gravity of her actions hasn’t quite dawned on her…

So here is the game I propose. I’m thinking it would be something of a platformer with RPG elements, and an art style nostalgically reminiscent of IBM’s “Alley Cat” game, which was first published in 1983. You play as an animated version of Rogue, Tuxedo Cat Extraordinaire. Your objective is to cause as much havoc as possible, but without getting caught by the nasty humans who serve as the game’s main antagonists. 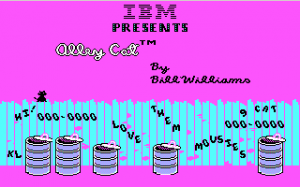 As you play through the game, you can cause various acts of mischief, such as:

(Note: For the special Christmas expansion, additional activities can be unlocked, such as batting at ornaments, climbing the Christmas tree, chewing on electric lighting, and toppling the manger scene.)

As you progress through the game, you can gain special abilities, such as:

These abilities can help you in various ways, some making it easier to cause trouble, others helping you to escape should you inadvertently get caught in the act by the humans.

The game would have to be rated E-10, since some of the cut scenes might prove to be too intensely cute for certain viewers. Music would be scored by the guy who does the Meow Mix commercials. Other sound effects would be provided by the “Simon’s Cat” guy. And Rogue, the star of it all, would cuddle up against my arm (kind of like she’s doing right now, actually) so that I could barely move while I played it.

And somehow, in spite of everything, all would be forgiven. 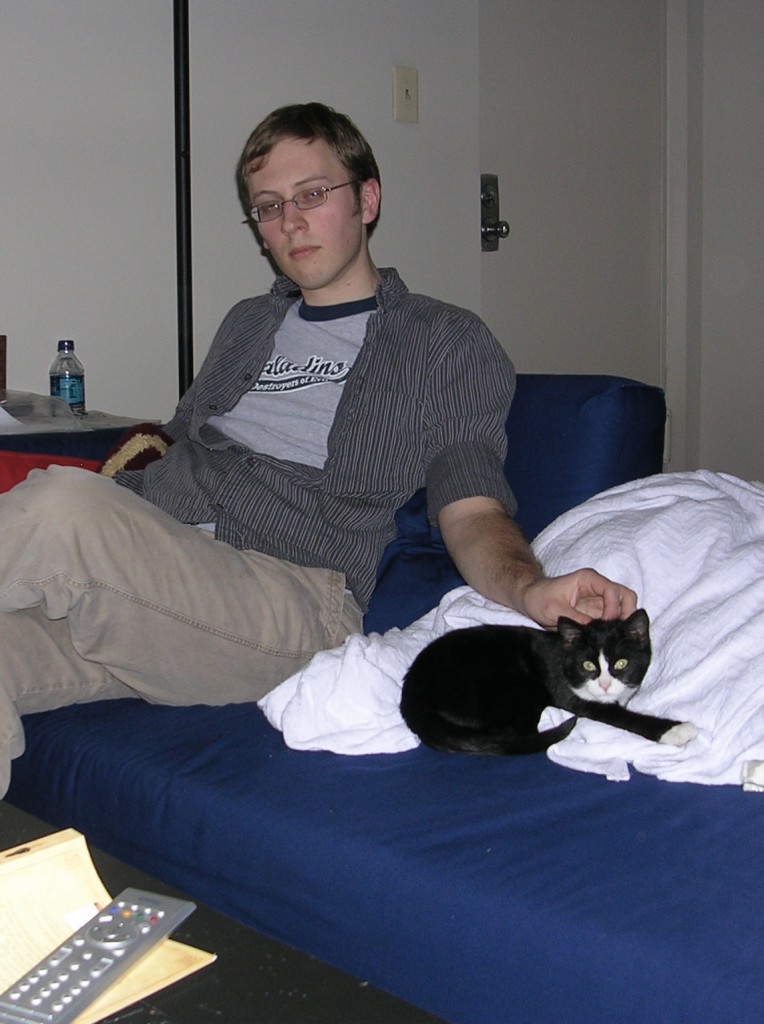 Ten years is such a long period of time. Ten years ago, I was a bright-eyed child who had finally saved enough money to buy a videogame on his own. Not a gift from Mommy or Daddy or Santa. It was some