Mysteryville is a great game…if you’ve never played any videogames before.

No, wait, that’s mean. Let me try again. Mysteryville is great if you don’t like mysteries and gameplay and…

Oh, man, this review isn’t going to go well, is it? 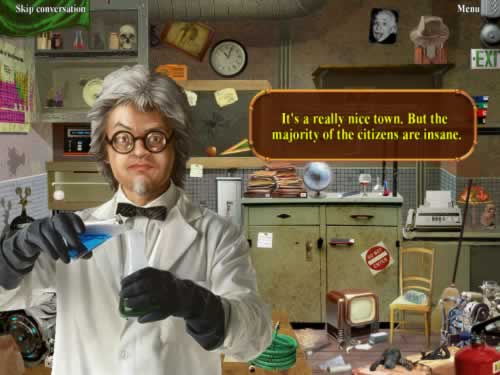 So are most of the game’s purchasers.

All right, here’s the thing: The game is called Mysteryville, so I made the mistake of thinking it would be an actual mystery game. The game box, which I now know is deliberately deceptive, tricked me into thinking it is a point-and-click adventure mystery, where you search for clues, solve puzzles, and question suspects. You know, your basic Sherlock Holmes or Nancy Drew knock-off game. It’s not going to be the best game ever because it’s a knock-off, but it should still be an interesting point-and-click adventure, right?

Wrong. This is not a point-and-click adventure game. It is a hidden objects game. And I officially hate this game for tricking me like that.

This game came out in January 2007, shortly after the Wii was released. I’m told that’s the time when the casual games market started to hit the big time. You can definitely see this in Mysteryville, which is a textbook example of a hidden objects casual game. I’m sure the other reviewers are right, and this game was very good for its time. But since then, the genre has evolved in order to avoid all the annoying little mistakes that Mysteryville makes.

Mistake #1: The Time Limit of Doom. You have two minutes to find all thirty hidden objects, starting ten seconds ago. Timed limits can be fun and challenging. Every Mario game has a variation of the “find all eight red coins within two minutes” challenge, right? The problem with Mysteryville is that its time limit is way too strict, so you will be fighting the clock semi-constantly. I might be able to win some timed challenges at the last second, but in this game, I repeatedly failed the same levels because I ran out of time. The problem is that this is a casual game, so the time limits should be very generous. 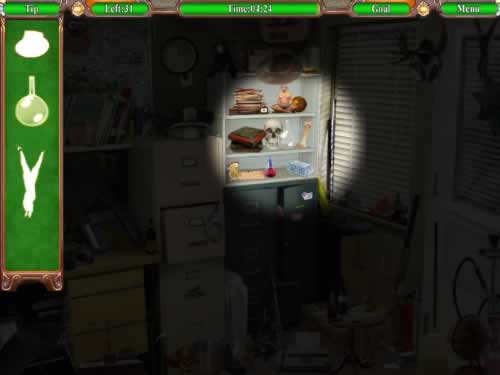 Hands up if you like looking for hidden objects when you can’t see the entire screen! Anyone?

Mistake #2: The Useless Hint Bar.  Say you’re dead stuck, and you can’t find a hidden item. Click the hint bar, and the item is revealed to you! The only problem is that this doesn’t work. The object is highlighted only for two seconds, which is not always long enough. Several times, I clicked the hint button, but I was looking at the wrong part of the screen, so I didn’t see the highlighted item. So the hint system has a bad habit of wasting hints. Also, this is the slowest hint bar I’ve ever encountered. If you don’t believe me, just look at this chart:

Needless to say, the slow hint bar is paired with the time limit of doom, so you can only use it once per level. Twice, if you’re lucky.

Mistake #3: Random Clicking Penalties. It’s a hidden objects game, so the game doesn’t let you click all over the screen at random, hoping to find items. If you do, it takes twenty seconds off the already-too-short time limit. In Mysteryville, the random clicking penalty is far too sensitive. You will accidentally set it off, even when you’re not randomly clicking. Now that’s a nasty surprise if I’ve ever had one.

As for the characters (who are all still pictures that talk in speech bubbles), I suppose they are somewhat entertaining. However, all the conversations are as short as possible, so you don’t get to enjoy talking to them. What could have been the highlight of an otherwise stale game ends up being a disappointment. I’m told that the characters/plot get more interesting later on, but I couldn’t work up the interest to go beyond level 4. 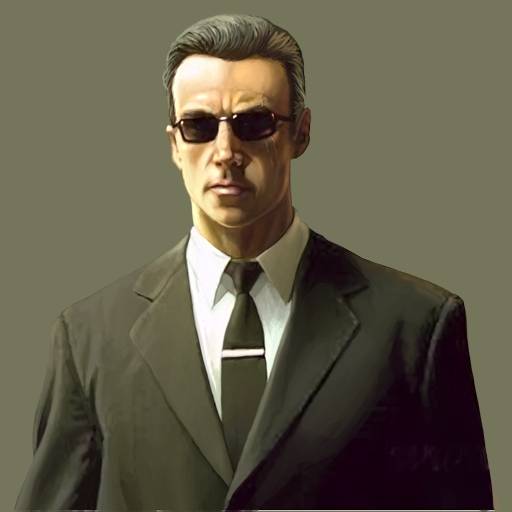 In conclusion, the only real mystery is why anyone would buy this game. As a hidden objects game, it runs the gamut from “standard” to “below par,” although I’m willing to give it the benefit of the doubt and say that it was good for its time. Since then, the standards of the hidden objects genre have changed, which makes this game seem more out-of-date and clunky than it is. I’d only recommend this game to newcomers or major fans of the genre. For those of you who have a casual interest in hidden object games, I’d say pass. And for those of you who think this is an adventure/mystery/puzzle game like the game box says it is, you will be disappointed.

Have you ever sat around and just thought to yourself, "Paul, what do you want to do with your life? Do you want to waste it all away playing Nintendo, or do you want to make something of yourself?" S